Arik and Megan Matson describe journey of determination, frustration and faith after shooting

The Waseca police officer was shot in the head in the line of duty one year ago. 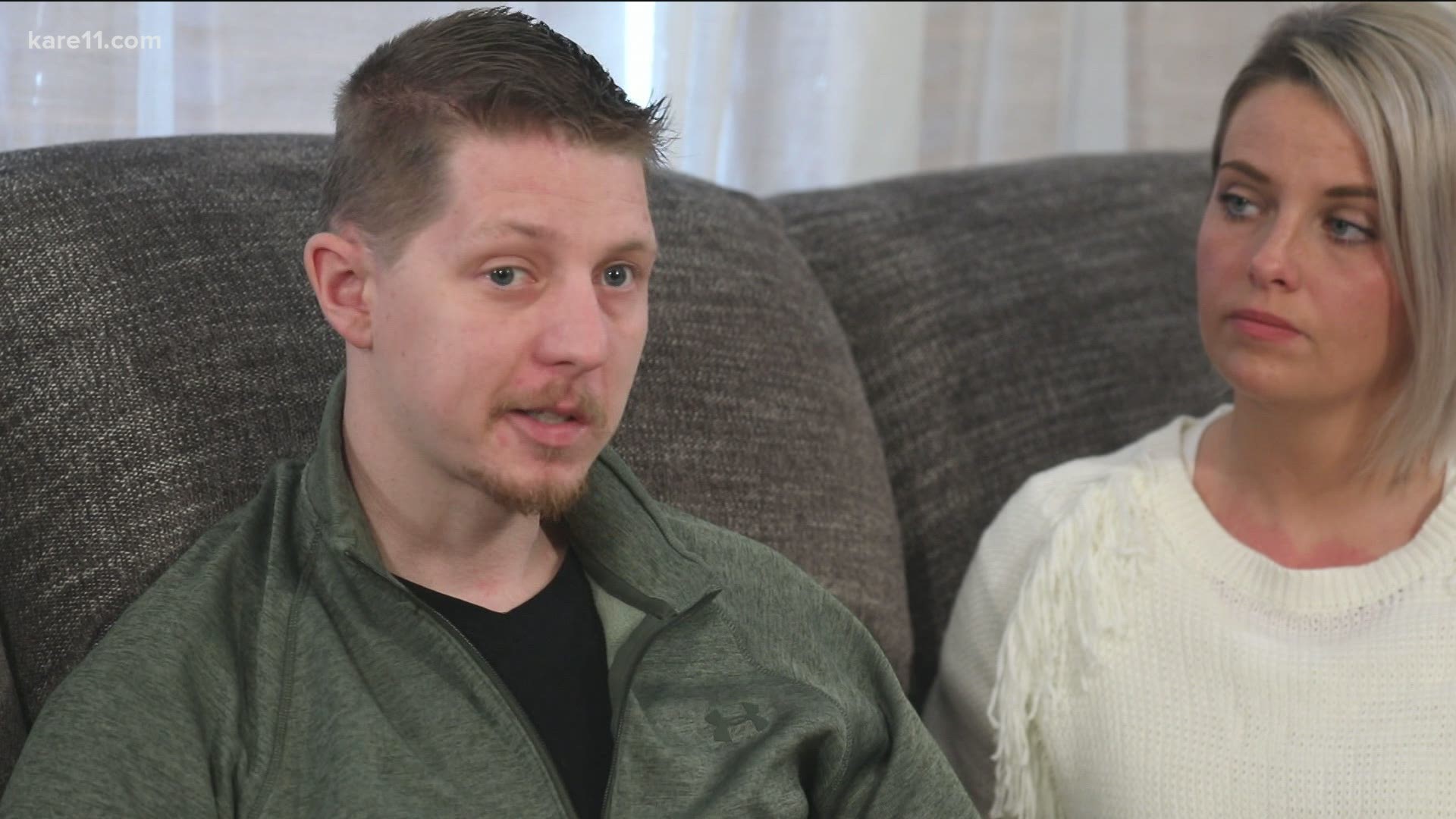 WASECA, Minn. — Waseca police officer Arik Matson doesn't remember much about the night that changed his life. He had been dispatched on a call about a prowler in a backyard. The prowler, it turned out, had a warrant for his arrest and did not want to go back to jail.

“I just happened to be in the wrong place at the wrong time,” Matson said. “It was such a selfish act.”

His wife, Megan, remembers every detail of that night, starting with the knock on the door at 8:44 p.m.

“I go answer the door and there stands three police officers and one of my friends,” she said. “And they had told me that Arik had been shot and it was really bad."

As she walked to the ER, she said some of them held in their emotions, but others couldn’t because what happened to Arik hit too close to home.

"I think I just blacked out and I screamed and I prayed before he went back in to the operating room,” she said.

Five hours later, Arik woke up from surgery to a new reality.  The bullet that tore through his skull left him with a traumatic brain injury.

"I couldn't even like sit up in bed without falling over," Arik said. He remembers he couldn’t comprehend that he’d been shot or why his left hand wouldn’t work.

He would spend the next eight months in hospitals and rehab centers trying to retrain his brain. Megan describes it as a “messy construction site that has to reroute new roads."

It was a grueling process of learning how to walk, talk and eat again, but Arik says he didn’t give up because he knew how many people were behind him, supporting him.

On October 19, Arik finally came home, to a hero's welcome.

It was heartwarming to see all the support for both him and law enforcement, Arik said, but the homecoming was not without heartache for their daughters, just six and eight years old.

"Everybody cried every night for two weeks when Arik came home because it was so exciting to have daddy home, but then it was the realization that he's different," Megan said. “I think when he came home and was in the home environment that's when it really hit them."

Megan says it hits her in small moments, like when she goes in for a hug and Arik pushes her away.

“That's a hard part, being rejected,” she said. “But we know it's not Arik doing that, it's the TBI.”

An in-home nurse helps ease the strain five days a week, and the Matson’s faith in God and close ties with their church have sustained them.

“We listen to God we pray,” Megan said. “There's a purpose to why God chose Arik that night and we are just trying to find that purpose.”

Megan meditates often on one verse, shared by her pastor.

“‘Grace upon grace,’” she said. “Give yourself grace and give Arik grace and that has stuck with me ever since.”

Doctors say as long as Arik keeps working, he can keep improving. In January, he worked on putting on his socks, boxers and pants by himself.

For now, they keep their goals small and live day to day, sometimes, hour to hour, Megan says.  And they choose not to focus on the selfish act a year ago, but to selflessly commit to each other and recovery every day.

If you would like to support the Matson family, The Minnesota Police and Peace Officers Association has set up a gofundme page online.