“The Great 2020 Pepin Pandemic Cookbook” includes more than 200 recipes - and over 100 jokes - from local Rotarians, residents and contributors from eight states. 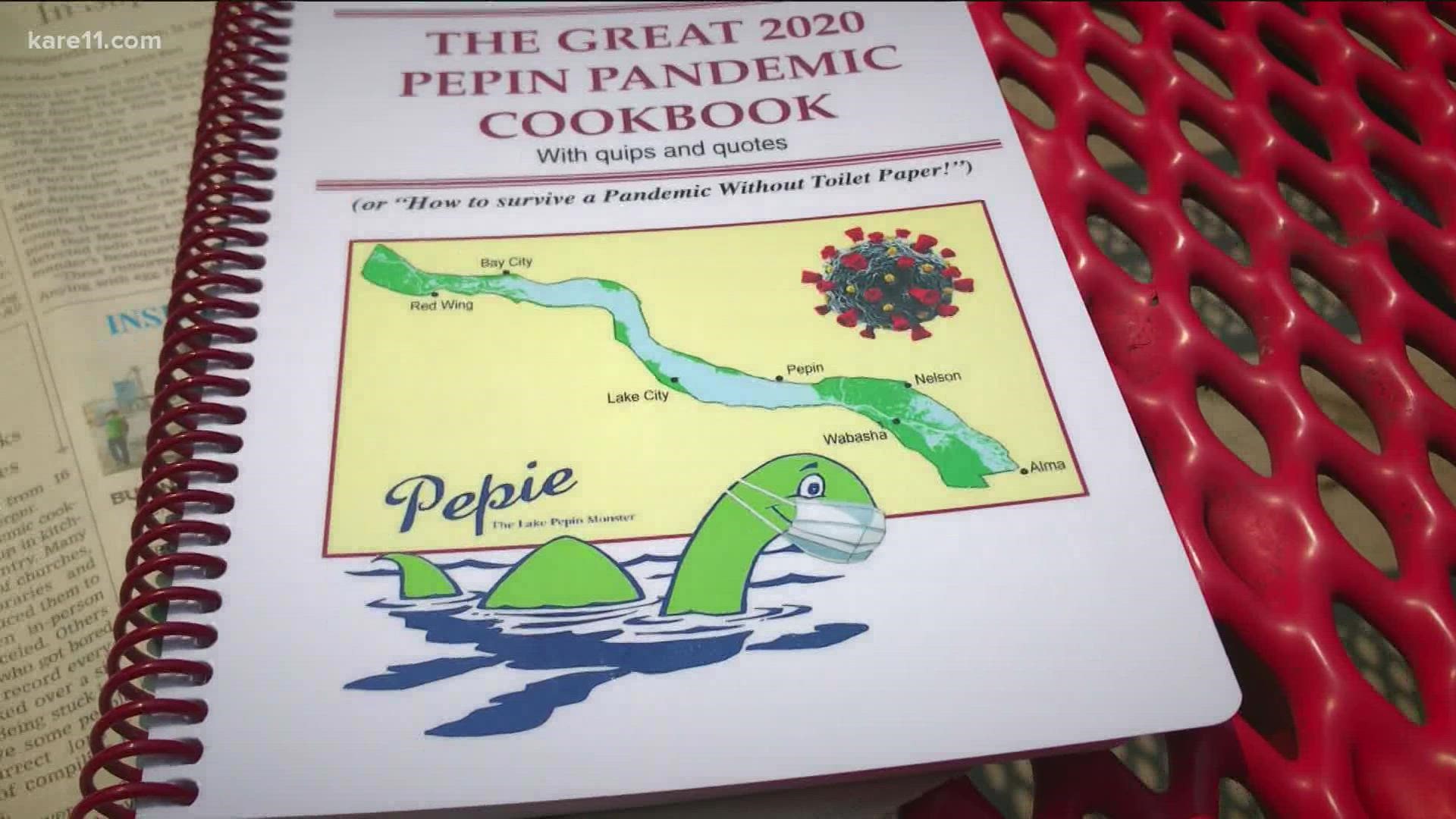 LAKE CITY, Minn. — Perched on the west side of Lake Pepin, the widest spot on the Mississippi River below the Twin Cities, Lake City prides itself as the birthplace of waterskiing, so it seems fitting that the local Rotary Club came up with a recipe to ride out the pandemic wave – a cookbook.

“The Great 2020 Pepin Pandemic Cookbook” includes more than 200 recipes - and over 100 jokes - from local Rotarians, residents and contributors from eight states. The head chef, so to speak, is club member Dick Boerger, whose last name, as it turns out, is pronounced burger.

“I’ll tell you something; this isn’t just a cookbook. But it’s really a piece of literary genius,” Boerger declares.

“As a Rotary Club, we tried to do fundraisers, and with the fact that COVID was going around, we couldn’t do any types of fundraisers. So Dick came up with this brilliant idea to do a cookbook, and it was great for the club,” says Nancy Denzer, club member.

The first edition raised more than $3,000, according to Boerger, and it also got the attention of The Wall Street Journal, making the front page below the fold on June 16. The headline read, “Lockdowns Are Over, but We’ll Always Have the ‘Quarantini.’”

Boerger quips that the Dirty Quarantini is a recipe “that will make you real happy.”

The cookbook is wide-ranging, including sections on appetizers, breakfast, casseroles, desserts and salads.

Of course, lutefisk has to be part of a Minnesota cookbook. Club member Dan Nordin shared the recipe, which is subtitled “For the more mature adult.”

“Invite your best friends or loving family members who really love you no matter what you serve them,” Nordin reads from his recipe.

“So then you’ve got chocolate, peanut butter, and then more chocolate. Life is good. That’s how everyone gained an extra 20 pounds during COVID,” Denzer jokes.

The Rotary Club’s book joined a recent cookbook wave. The NPD Group reports U.S. sales of print cookbooks jumped 15% in 2020, and rose by 8% through mid-July of this year.

Johnson, who also published “Land of 10,000 Plates” in 2020, says cooking by book provides a computer break, a feast for the senses, and an escape.

“When we were in lockdown, we couldn’t travel. We didn’t go anywhere, but if I wanted to go to France, I could at least take a cookbook about French cooking and immerse myself,” Johnson says.

One of Boerger’s cookbook contributions, Toads are a Cooking, offers a humorous escape.

“This is a crockpot recipe, and it starts with eight Lake Pepin toads. Then you add cream of mushroom, tomatoes and onions and peppers and mushrooms and carrots and garlic. Throw it all together, cook it for four hours, then serve it to your mother-in-law. Throw the rest away,” Boerger says.

Club members hope this concoction of humor and recipes will cure what ails those weary from the pandemic.

“It just makes you smile, and that’s what you truly need to get through a pandemic is some humor and some fun. And this was fun; this was fun for us,” Denzer says.

In late July, Boerger received the second edition of the book.

With such sales and notoriety from The Wall Street Journal, Boerger knows he will stay busy.

“There’s a price to fame,” Boerger jokes, “because I’m 70 years old, and I’d rather just drink coffee in the morning than mail cookbooks.”