"The Bible in a Year" hosted by Father Mike Schmitz has more than 20 million downloads (and counting) since the beginning of the year. 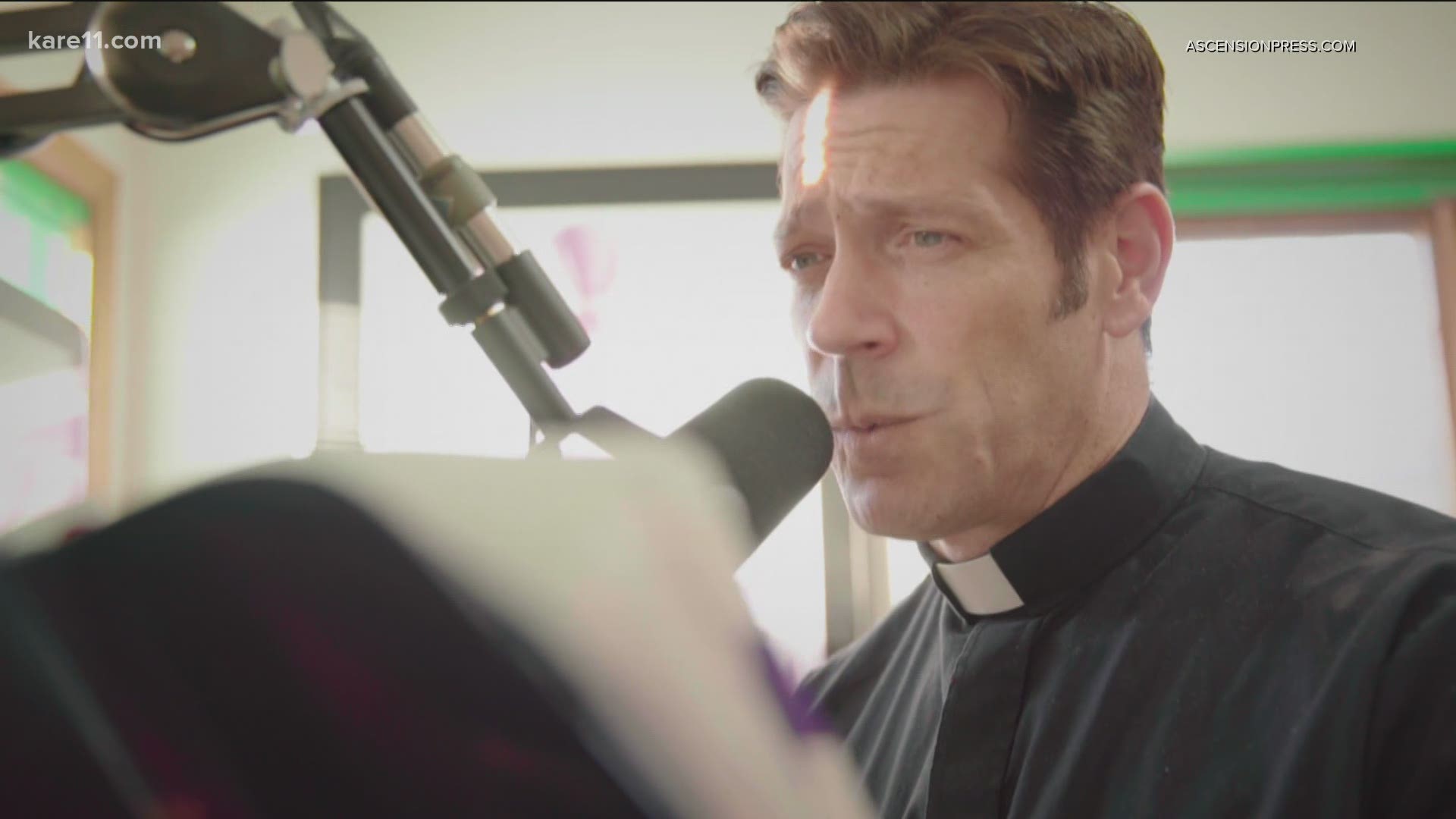 DULUTH, Minn. — There are nearly two million podcasts floating around Apple's iTunes and Spotify ready for you to download right now. Everything from daily news and interview shows like “The Joe Rogan Experience” and the New York Times' “ The Daily,” to true crime from Dateline or comedy with Conan.

Ironically, it is the fact there are so many podcasts, so many voices vying to be heard that gave Father Mike Schmitz from the diocese of Duluth, the idea to create another one.

“There are so many voices that are saying stuff and a lot of them are saying really wise things,” he said. “Even with those wise things that I allow myself to listen to, I found myself allowing myself to get constantly distracted and also distressed by just like this constant bombardment so I thought what I need is something more permanent that is deeper that is more eternal than just another voice.”

Father Mike, as his students call him, is the chaplain of University of Minnesota-Duluth. He decided others might be feeling the same way, so he pitched an idea to multimedia Catholic publisher, Ascension.

“I went to Ascension, the publisher, and said would you be open to this idea of just me reading the Bible in the course of one year with a little bit of commentary? And they said we've been wanting this for years we just didn't know when or who,” he said.

Father Mike then turned to fellow Minnesotan, Jeff Cavins, to help with the "how." Cavins is the founder and creator of the Great Adventure Bible study. It takes the fourteen narrative books of the Bible and strings them together so readers can follow the story without getting lost and discouraged.

Cavins says once you have that key of how to read the Bible as an amazing story “you really have gold. You have something precious.”

With Cavins' Bible timeline as the template, Father Mike sat down in a studio in his spare room and started recording, beginning with Genesis.

When the podcast launched on Jan. 1, Cavins said something miraculous happened.

“Somebody called me right about Jan. 2 and said, 'Your podcast is number one in the country!’ and I said, ‘You mean among religion?’ and they said, ‘No, it's number one!’”

"The Bible in a Year" immediately blew past podcast behemoths, and has stayed in the top five ever since, with 20 million downloads and counting.

Kristen Meinzer, a podcaster herself and author of, “So You Want to Start a Podcast?” says success like that is extremely rare.

“The average podcast gets in a month 150 listeners, so it's not typical that a podcast has thousands, tens of thousands or millions of listeners. It is very, very rare,” she said.

Meinzer attributes the phenomenal success of “The Bible in a Year” to several things: Father Mike's popularity and presence on YouTube, the bestselling “Great Adventure Bible Series” and the platform provided by Ascension publishing.

“If you want to check all the boxes of what makes a show successful and what makes it more likely to top the charts he certainly had a lot of those pieces in place already,” she says.

Cavins agrees, but believes that only explains a bit of their success.

“I really think there's a mystery here. This beacon of light, what we consider the Bible, has risen in the midst of so much uncertainty and in bad news for people,” he said. “They don't know who they can trust. They don't know what the future holds and so they are reaching out and they are saying, ‘I need direction in my life.’ And I think God is using this to bring joy and hope to people.”

It does appear the podcast hit at the perfect time. A recent Pew Research Center study, finds during COVID, Americans turned to their faith, with nearly three out of ten saying the pandemic strengthened it.

It’s a story the two Minnesotans are committed to share, every day, until the end of Revelation on Dec. 31.

RELATED: All about a popular Minnesota-based podcast: Bible in a Year