U of M Press editor serves up two exciting titles for your Fall reading list. 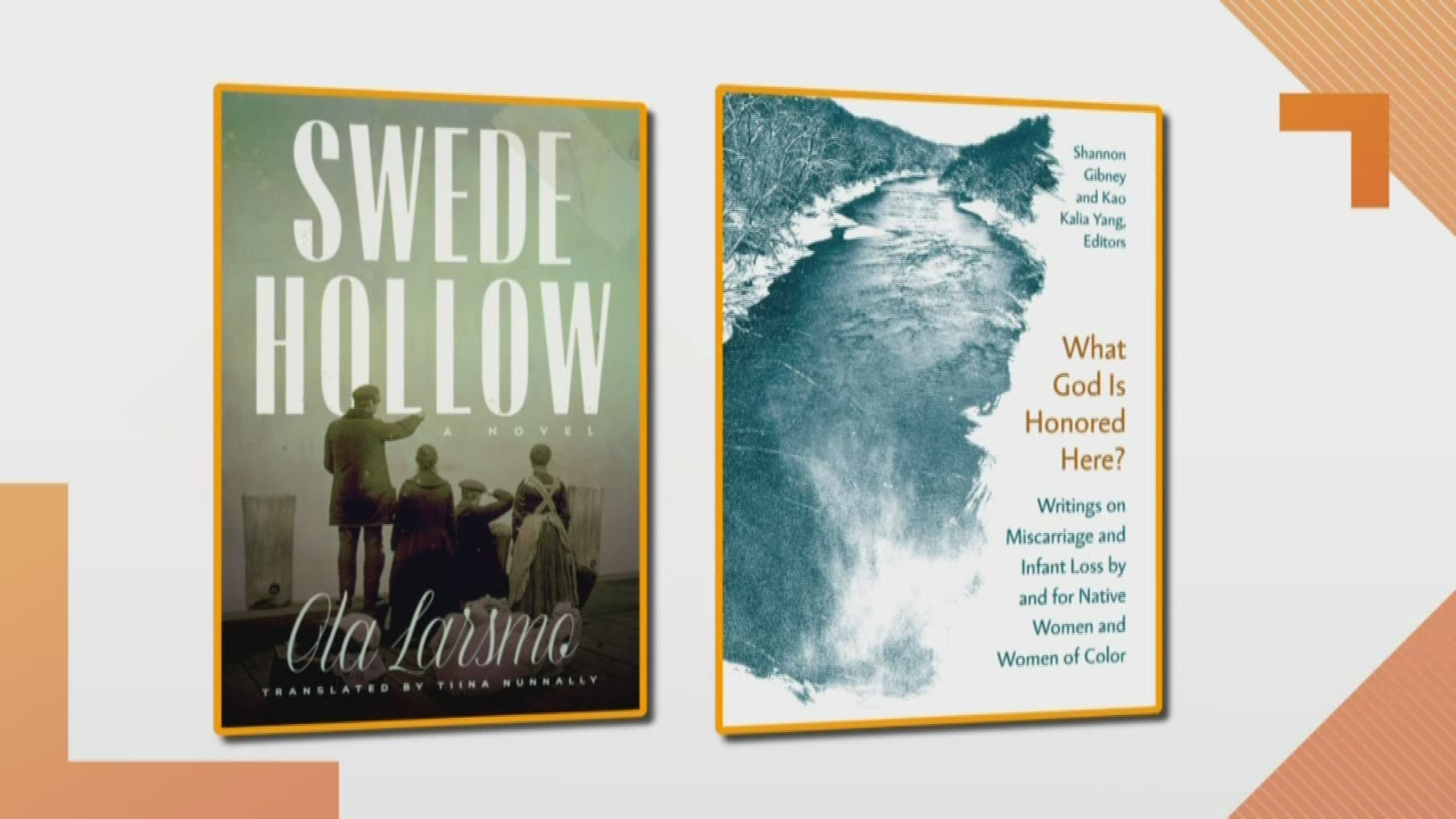 MINNEAPOLIS, Minnesota — What are you reading this fall?

University of Minnesota Press editor Erik Anderson visited KARE 11 at 11 to share two wonderful new October releases from the Press. The titles featured include Swede Hollow: A Novel by Swedish author Ola Larsmo, and What God Is Honored Here?: Writings on Miscarriage and Infant Loss by and for Native Women and Women of Color edited by Shannon Gibney and Kao Kalia Yang.

Shannon Gibney is a writer, educator, activist, and the author of See No Color, a young adult novel that won the Minnesota Book Award in Young People’s Literature. She is faculty in English at Minneapolis College, where she teaches writing. She has been a Bush Artist and McKnight Writing Fellow. Her critically acclaimed novel Dream Country follows more than five generations of an African-descended family as they crisscross the Atlantic, both voluntarily and involuntarily.

Kao Kalia Yang is author of The Latehomecomer: A Hmong Family Memoir, winner of two Minnesota Book Awards and a finalist for the PEN USA Award in Creative Nonfiction and the Asian Literary Award in Nonfiction. Her second book, The Song Poet: A Memoir of My Father, won a Minnesota Book Award and was a finalist for the National Book Critics Circle Award, the Chautauqua Prize, the PEN USA Award in Nonfiction, and the Dayton’s Literary Peace Prize.

Ola Larsmo is a critic and columnist for Sweden’s largest newspaper, Dagens Nyheter, and the author of nine novels and several collections of short stories and essays. He received the Bjørnson Prize from the Norwegian Academy of Literature and Freedom of Expression and, after the publication of Swede Hollow, two prestigious Swedish awards: the Lagercrantz Critics’ Prize from Dagens Nyheter and Natur & Kultur’s cultural prize. He was president of PEN Sweden from 2009 to 2017 and editor of Bonniers Literary Magazine from 1984 to 1990.

RELATED: MN author writes book on how to make your home more sustainable