Laab is a popular dish eaten during the Lao, Thai and Cambodian New Year. 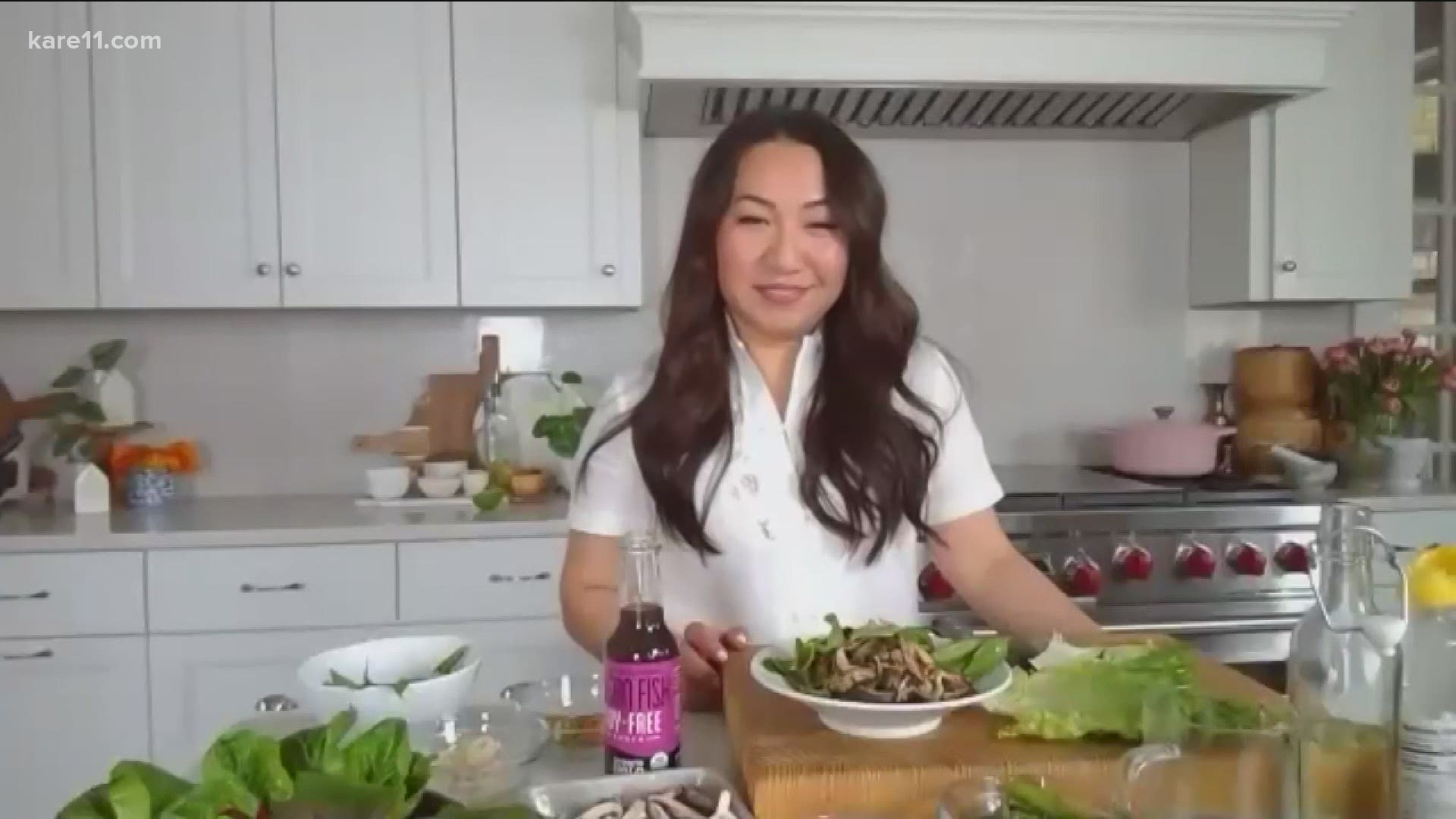 Lao New Year, or Boun Pi Mai, falls in mid-April and takes place over 3-4 days. It marks the beginning of a new solar year, as the sun enters Aries and comes close to the Vernal Equinox.

The exact dates Lao New Year occurs on can vary from year-to-year. However, it always falls on 3 days between April 13th and 18th.

New Year celebrations in Lao are similar to Songkran, Thai New Year. This is the most important festival of the year in Laos.

Like many special celebrations around the world, a lot of food is eaten on Boun Pi Mai. Common food you’ll probably encounter include the following:

Lat14  will be offering the Mushroom Laab as a New year Celebration special.

-Make a mushroom stock. Grill the mushroom trimmings and put them in a pot. Cover with water and simmer for 15 mins or so.

In a bowl, toss together: