5 things to know about spring allergies

As the saying goes: all good things come with a price. 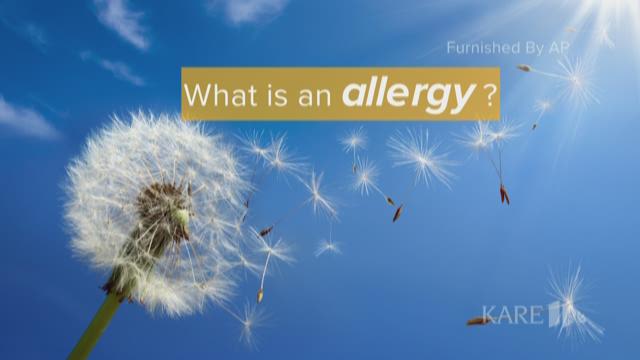 The return of spring brings the inevitable allergy season.

The KARE 11 Sunrise team checked in with Dr. Allan Stillerman of Allergy & Asthma Network to see if we could get insider tips to prepare for the spring. Dr. Stillerman, who is an allergist, gave us 5 things to know about spring allergies.

2. When does allergy season start?

Allergy season usually starts from mid-March to the beginning of April, said Dr. Stillerman. He said we can expect the onset of tree pollen season within the next week or two. He also said that global warming in our state could cause the season to start a bit earlier than usual.

Because the snow is melting, mold spore allergies are also a risk. Dr. Stillerman said that the presence of grass and decayed vegetation attribute to the spreading of mold spores.

3. Why are allergies such a big problem?

Dr. Stillerman said that the discomfort of nasal allergies, sneezing, sniffing, itchiness and stuffiness is more "impactful" on a person's social life than having asthma. He also said that quality of life is affected more by allergies.

He said that sometimes patients can be embarassed by their symptoms, like sneezing, sniffliing and itching. He says that some report being unable to concentrate at all if their nose is stuffed up.

4. How do I treat my allergies?

Dr. Stillerman has a tip for getting effective relief: pretreating your allergies. He said take antihistamines, eye drops or nasal steroids to try and meet your symptoms head on. He said it gives more relief than "waiting for the misery to come" and trying to fix the symptoms after they happen.

"If the symptoms are sneezing, sniffling, itch of the nose or the eyes, they can try a non-sedating antihistamine such as Zyrtec, and it’s available in liquid, in chew tab, in tablet or even less sedating Allegra." Dr. Stillerman said.

Dr. Stillerman says the single most effective medicine for allergies are the nasal steroid sprays available over the counter and by prescription. He said that they take a few days to start working and two weeks to peak. He said make sure you don't give up before you give the nasal sprays an "adequate trial."

5. Why should I see a specialist?

Dr. Stillerman said that he can determine what the "allergic triggers" are when he sees a patient. He said this helps the patient avoid the triggers, but it also helps with prescribing medication. He said that it helps him time out medications to make sure they are the most effective.

Too much junk? Here's where you can donate it