"The idea is that the climate has shifted further north and so maybe the plants are mismatched with the climate they are adapted to." 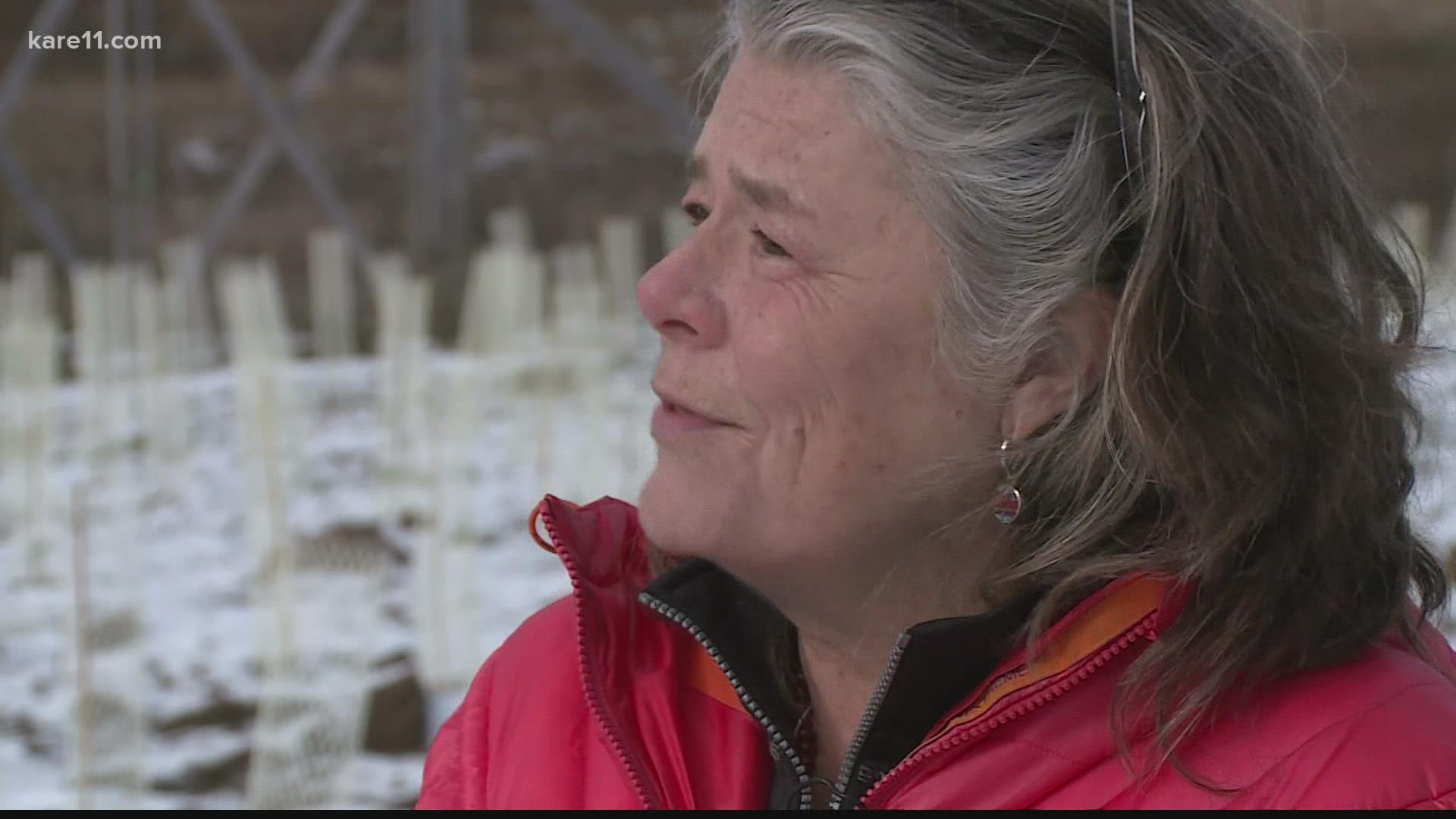 DULUTH, Minn. — Red oak trees are not particularly common in northeastern Minnesota. But on the University of Minnesota Duluth's research plot, 850 1-year-old trees have taken root.

"They're really small," said Dr. Julie Etterson, a professor in the department of biology at UMD, while pointing to a young red oak, which looked like a stick in the ground.

Etterson and other researchers will be studying those "sticks" in the years to come, watching them grow to see how they do in northeastern Minnesota's climate. Given how much that climate has changed in recent history, doing well might not be too hard a task for the red oak trees, usually found further south in Minnesota.

Etterson says as species native to northeastern Minnesota's boreal forest die, invasive species can move into that empty habitat. To keep the forest healthy and filled with diverse species, they are embarking on the Forest Assisted Migration Project, to see if trees from the southern part of the state can fill in that empty habitat in the north.

"The rate of natural seed dispersal and gradual movement of the trees is too slow to keep pace with climate change," Etterson said. "We’re sort of facilitating that process, causing it to happen a little bit faster and with tree populations that are already adapted to the climate that we have [in northeastern Minnesota] now which is warmer and drier than it used to be in the past."

The idea is to help the forest transition to its new climate by placing trees predicted to do well in that climate. The trees in the Duluth plot came as seeds from the Twin Cities and Hinckley area.

The group also has two other research plots, one about 17 miles northwest of Duluth and another in Ely.

The project is a collaboration with the Nature Conservancy. Other partners include the Northeast Regional Sustainable Development Partnership, the U of M Institute on the Environment at UMD and in the Twin Cities, the University of Minnesota Extension, and the Greater Mille Lacs Chapter of the Sustainable Farming Association of Minnesota.

While the research is underway, the project also is working with northeastern Minnesota farmers. The farmers are growing seeds of the trees best suited for the warmer climate, embarking on assisted migration while researchers are still studying it. Why?

"There's not really the time to wait ten more years for another full experiment," Etterson said.