Author Vong Bidania said it’s rare in mainstream literature the protagonists are Hmong. She said if they are, the representation can be outdated. 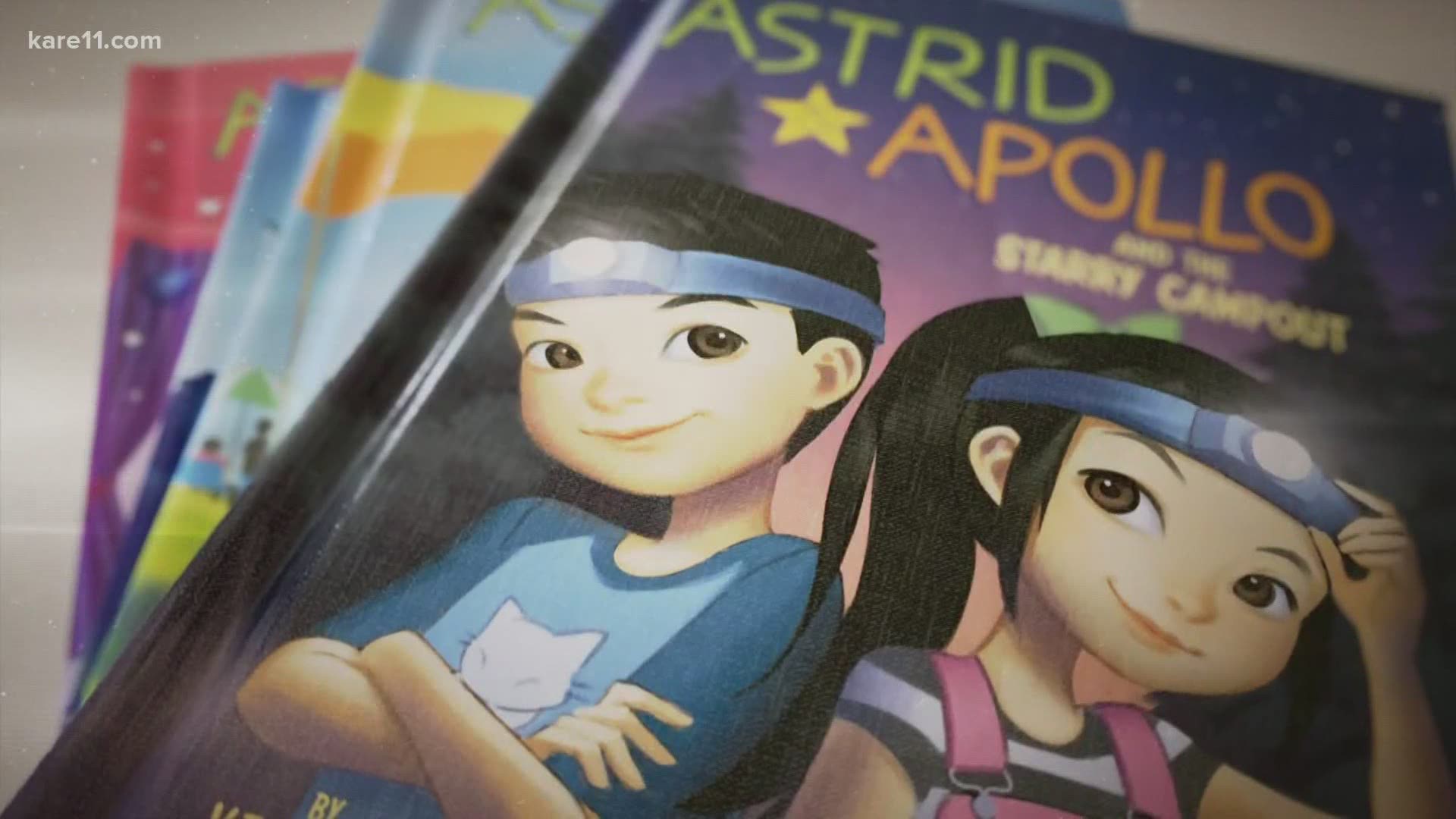 The words in the Astrid and Apollo children's book series are fiction. But these stories are inspired by real experiences.

Vong Bidania is the author. You'll see her author name as V.T. Bidania.

"It stars 8-year-old twins Astrid and Apollo Lee who are second generation Americans who are living in Minnesota," Bidania said.

Bidania said it shares the twins’ adventures with their family, from camping, fishing, the Fourth of July soccer celebration, to the Hmong New Year.

These are many experiences Bidania said she had growing up. She is Hmong, was born in Laos and grew up in St. Paul. As an author, Bidania said it’s rare in mainstream literature the protagonists are Hmong. She said if they are, the representation can be outdated. She said for younger Hmong kids, who are second, third, some even fourth generation immigrants, the "struggling refugee narrative" might not connect with younger people today.

Bidania has had her own personal barriers to get her first children's book series published.

Bidania said she quit submitting her work to publishing companies for years.

"The response was always the same, which was there was no place in the market for Hmong stories," Bidania said.

She said only recently after a movement about the need for more diverse literature, did she feel some publishing companies would be willing to give characters like Astrid and Apollo a chance.

"For non-Hmong readers, I hope that they’ll read the stories and find that different cultures or different races don’t have to be a barrier to being able to relate to a character or a story," Bidania said.

She said there’s still a lot of work to do, but knows stories just like Astrid and Apollo, as well as hers, deserve to be read.

"In light of everything going on in this country, in the world right now, it’s crucial that there is diverse representation," Bidania said. "It’s critical that readers read about characters from all backgrounds, all cultures and all colors so that everyone, kids and adults, can finally see what is a more factual and truthful and realistic depictions of their communities in books," Bidania said.

Bidania said the books target kindergarten through third grade, but she said anyone can read them. There are definitions of Hmong and English words and exercises after reading the book that teachers, parents or guardians can use as a resource. She said these features are typical of Capstone Publishing, the book series publisher.

The books are officially out Aug. 1, and you can get this series anywhere books are sold. Bidania recommends the local bookstores Moon Palace Books or Wild Rumpus.

If you want more recommendations on what to read, join the #Sunrisers Book Club Facebook group.