Diversity, teachable moments, and, of course, food are on the menu for this Twin Cities chef. 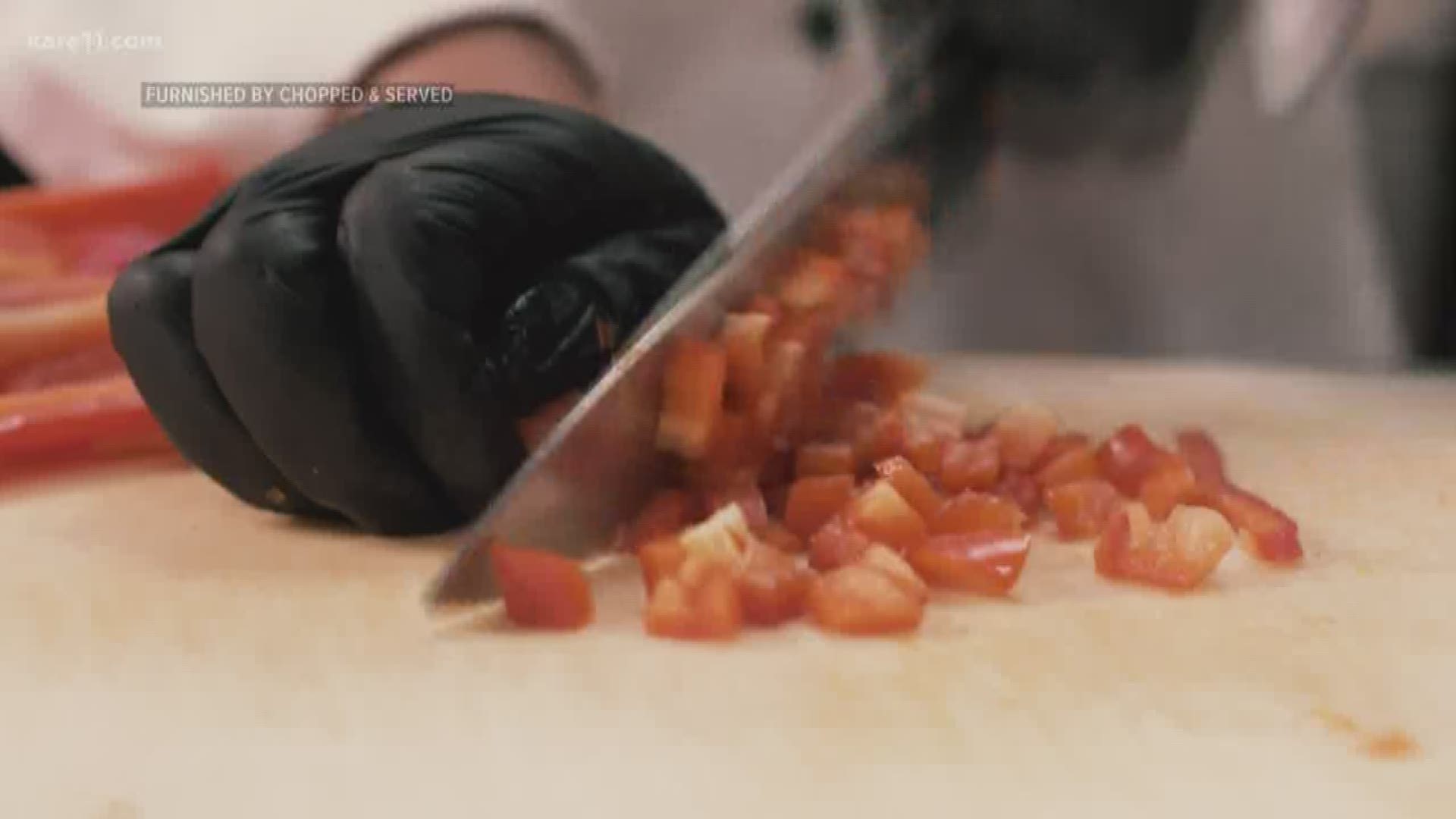 GOLDEN VALLEY, Minn. — Every Thursday this Black History Month, KARE 11 Sunrise is highlighting black Minnesotans who are making history. This week, it's the story of an executive chef and what she's serving to the community in addition to food.

Imani Jackson is CEO of Chopped & Served Catering. She established the LLC in 2017.

Her main kitchen is located within the Jewish student center, Minnesota Hillel, on the University of Minnesota-Twin Cities campus. Jackson is a full-time student double majoring in communications and global studies with a concentration in human rights and justice in Latin America.

Her diverse background translates to the food she chops and serves across the Twin Cities.

"In the last year, I've done over 200 events," Jackson said. "Everyone who works for me necessarily isn't a person of color. That's a great opportunity to educate them on what they're serving."

Her favorite example, she says, is dirty rice.

"One of my clients asked me once if they could have vegan dirty rice and it was a thing of kind of like yes, you could, but then it no longer would be dirty rice because dirty rice is what it is because we only had, you know, liver and gizzards," Jackson said. "Or collard greens. I grew up eating collard greens because it was cheap."

Jackson says, in May 2021, she'll become first in her family to graduate college. In the meantime, she pays it forward.

"I want to be the support system that I didn't have growing up," Jackson said. "Success comes in many different forms but how can someone younger understand that?"

Her on-campus kitchen is currently under construction, but Jackson says it's set to re-open later this year as a kosher kitchen with two separate areas.