Like so many, Mugshots found a way to help their community while trying to keep their doors open. 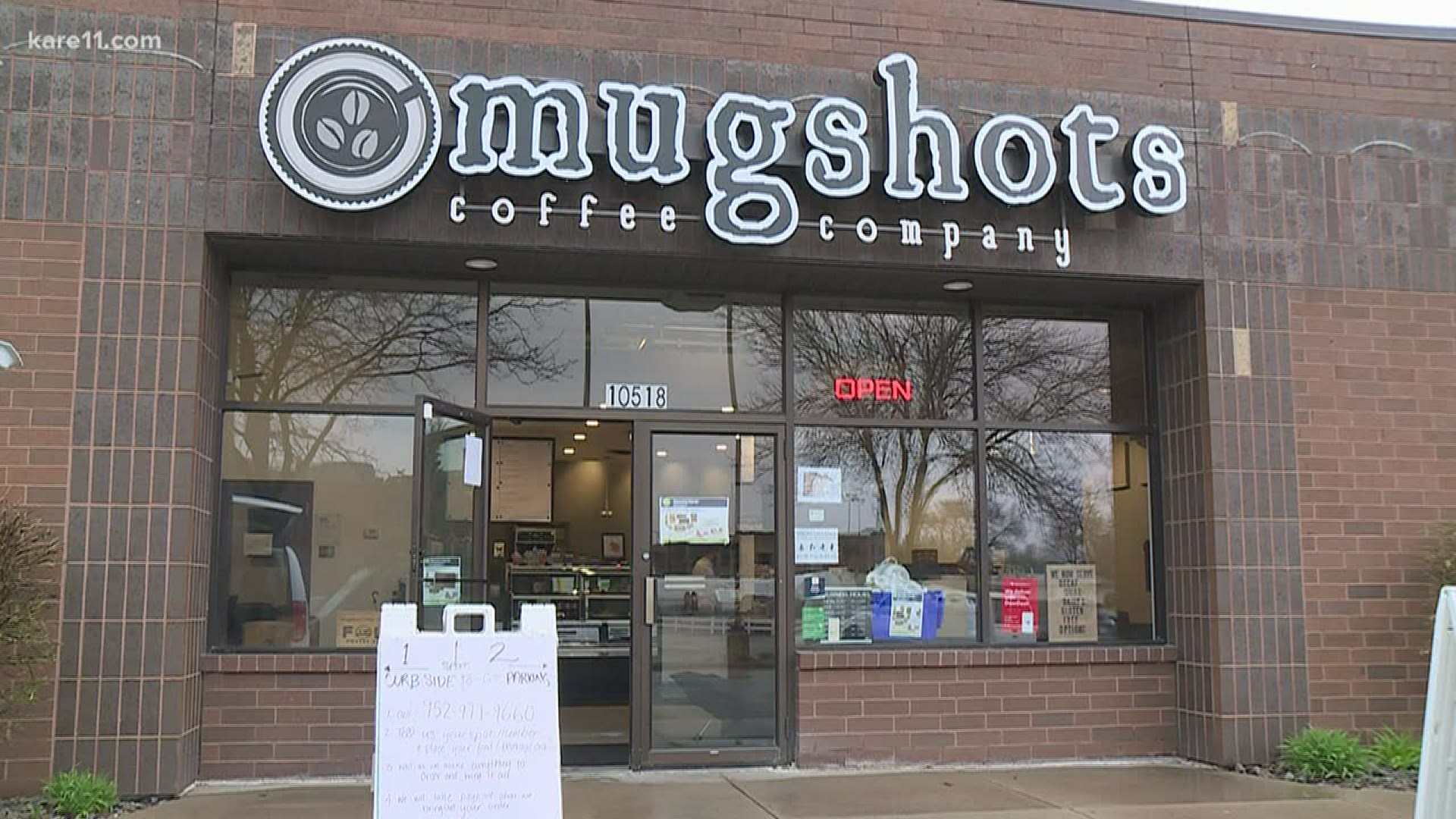 BLOOMINGTON, Minn. — In this uncertain time small businesses need our patronage more than ever. Most have been hit hard by closures, but many have come up with unique ways to keep their doors as open. One of those businesses is Mugshots Coffee in Bloomington.

Mugshots is a typical small business. Working hard to establish a foothold in the community, establishing a report with customers and employing locals. Then COVID-19 descended on the country and Senior Manager Kara Schwarz says that ended the normal routine. “From the get-go we actually lost a lot of our employees because we had a lot of students and they left to go home.”

Regulars could no longer sit and socialize over a cup of joe. A lot of Mugshot's customers came into study, hangout with friends and have a conversation. Since that isn't currently an option, the team at Mugshots had to find a new incentive to get people to want to come for coffee.

The cup was half empty, but the ‘can do’ attitude of small business prevailed, and ideas formed quickly. The biggest change was curbside pickup, “We try to discourage people from coming in the store if possible so we have people sitting by the door so that we can immediately go out and greet them.”

Kara says the business quickly adapted. “We have also been scaling up our food offerings because a lot of people, especially ordering delivery are more interested in breakfast and lunch options.”

If changing the business model wasn’t a large enough undertaking, this happened while having to follow guidelines for social distancing. Stickers on the floor show people how far away to stand from each other and how many people are allowed in the store. Cleaning has been ramped up and there’s a lot more hand washing, “We’ve actually gone through twice as much soap as we ever have.”

It took a while for customers to catch on. There was a lull in business, but Kara has seen things gradually pick up as customers adapt to a new normal and venture out of the house a little more.

Strangely enough, there is a positive to come from all this. Kara and the staff put their heads together, “Trying to brain storm ways that we could serve the community and as people continued to be laid off we realized there was a great need for food donations, because people are losing their jobs and having a hard time figuring out how to feed their families.”

Mugshots began encouraging people to bring in food donations. It struck a chord, customers stepped up, and VEAP Food Shelter received a hearty contribution, “They thought we were a school with the amount we were delivering, and we are just getting more and more.”

Just one example of how small business can help a whole community.

RELATED: What are your rights if going back to work poses a risk to you or your family?