Coming together after a polarizing election season

Braver Angels is a group sprung from the 2016 election aimed at bringing different sides together to try to depolarize America. 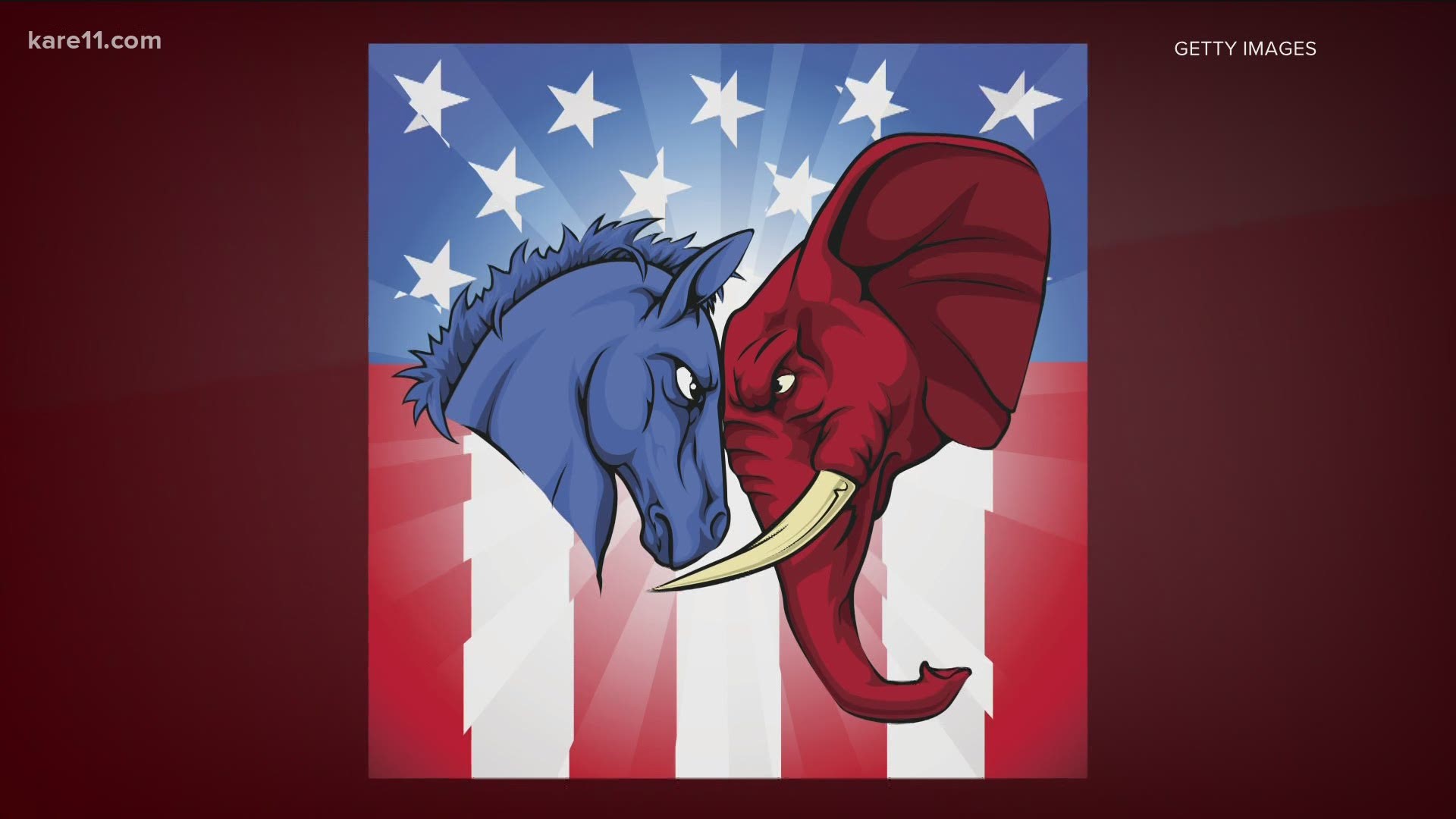 MINNEAPOLIS — A lot of people have been counting down to today as it has been, arguably, one of the most polarizing election seasons in modern history. But that doesn’t mean these hard-line positions just disappear after the election.

William Doherty is the co-founder Braver Angels, a group sprung from the 2016 election. It's aimed at bringing different sides together to try to depolarize America.

Partly because Pew Research found growing animosity towards other political parties from 1994 to 2016.

"The rancor, the hostility is even higher now than in 2016," Doherty said. "Positions are more solidified people, there’s a term 'existential threat' is everywhere, a threat to their survival, the survival of their country so it’s just deepened with this election that the fears have deepened," Doherty said.

So much so that in a Braver Angel’s October poll with YouGov, 56% of Americans across party lines think there will be increase in violence as a result of the election. The margin is error is -/+ 2.56.

If it seems like a mess to try to untangle in your own relationships with people who don’t think or vote like you, Doherty says you should just focus on a few things.

"We have to separate our politicians from our neighbors and friends and coworkers and what we’re doing is we’re just lumping them all together," he said.

Doherty said in some Braver Angel workshops with people who identify as Democrat or Republican, they ask two questions:

"When people do that, when they articulate both their ideals and their reservations then people on the other side see them as more complex human beings," Doherty said.

Doherty said people sometimes make politicians, or the president for that matter, into savior figures. He says they will inevitably disappoint.  Doherty said democracy is about the people.

He said you have to believe in resilience.

"To believe that whatever is happening, that we will be able to get through it, to continue to be a practitioner – if you will – of democracy," Doherty said.

RELATED: Voters how are you feeling? We hear you