Brickfield Brewing is a growing success in small town Wisconsin

Thanks to a grain-to-glass mentality, a fifth generation dairy farmer is now a part of Wisconsin's two favorite beverages, milk and beer! 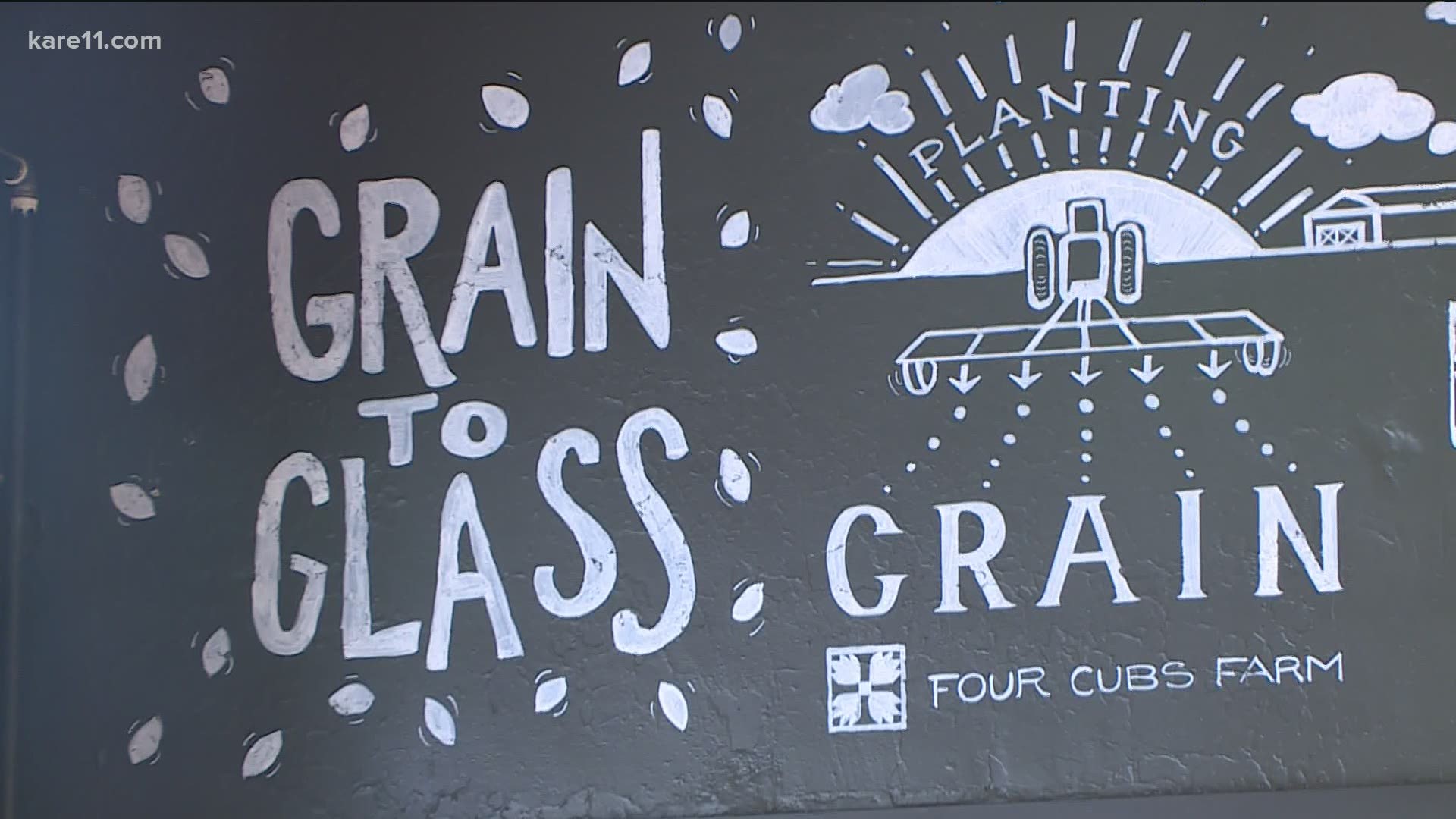 GRANTSBURG, Wis. — When you think of Wisconsin two things come to mind: dairy and beer. In this week’s "Tales from America’s Dairyland," we found a family that has a passion for providing the products that are in alignment with everything that state has to offer.

Milk and Beer. Ben Peterson loves them both, saying “being part of the two favorite beverages of Wisconsin is really kind of fun.”

He’s part of a long family tradition at Four Cubs Farm. The farm was homesteaded by his great-great grandparents in 1877 and has continuously milked cows since 1890. The farm has expanded exponentially over the past two decades from 40 cows in 1998 to 950 today.

Looking to diversify beyond the crops, Ben teamed up with his wife Nikki to find a way to drive people into downtown Grantsburg.

“We have highway 70 which goes right through town," he said, "and it was very tough to get people off and we knew that breweries are good at pulling people into areas that maybe people wouldn’t normally go to.”

After brewing, Ben feeds the spent grains back to the 950 dairy cows on the farm.

“They eat them, they create fertilizer which we then spread back on the fields which then grows that next crop," he said. "So, it’s kind of a circle, it just keeps continuing and continuing.”

The connection to farming is reflected in the taproom, a former creamery built in 1919. The couple toiled through extensive renovations to transform it into a brewery. 350,000 pounds of concrete were hauled out of the building, but some features like the original stamped ceiling were salvaged and incorporated into the new look.

Nicki came up with the name "Brickfield" to acknowledge the history of the brick making facility once across the street, and the community of Grantsburg as a whole.

“We wanted to tie it into the history of the bricks as well as tying it to the farms," she said. "The field comes from the farm and the brick is from the construction.”

The payoff, revitalizing the community you call home by pouring your heart and soul into every glass.

Four Cubs Farm is open to the public on June 19 from 6 a.m. to noon. Ben and Nicki will be hosting a dairy breakfast where you’ll be able to see the calves, the milking robots and enjoy a wild rice pancake breakfast. Then, if you want, on the way out stop by downtown Grantsburg and visit the brewery.