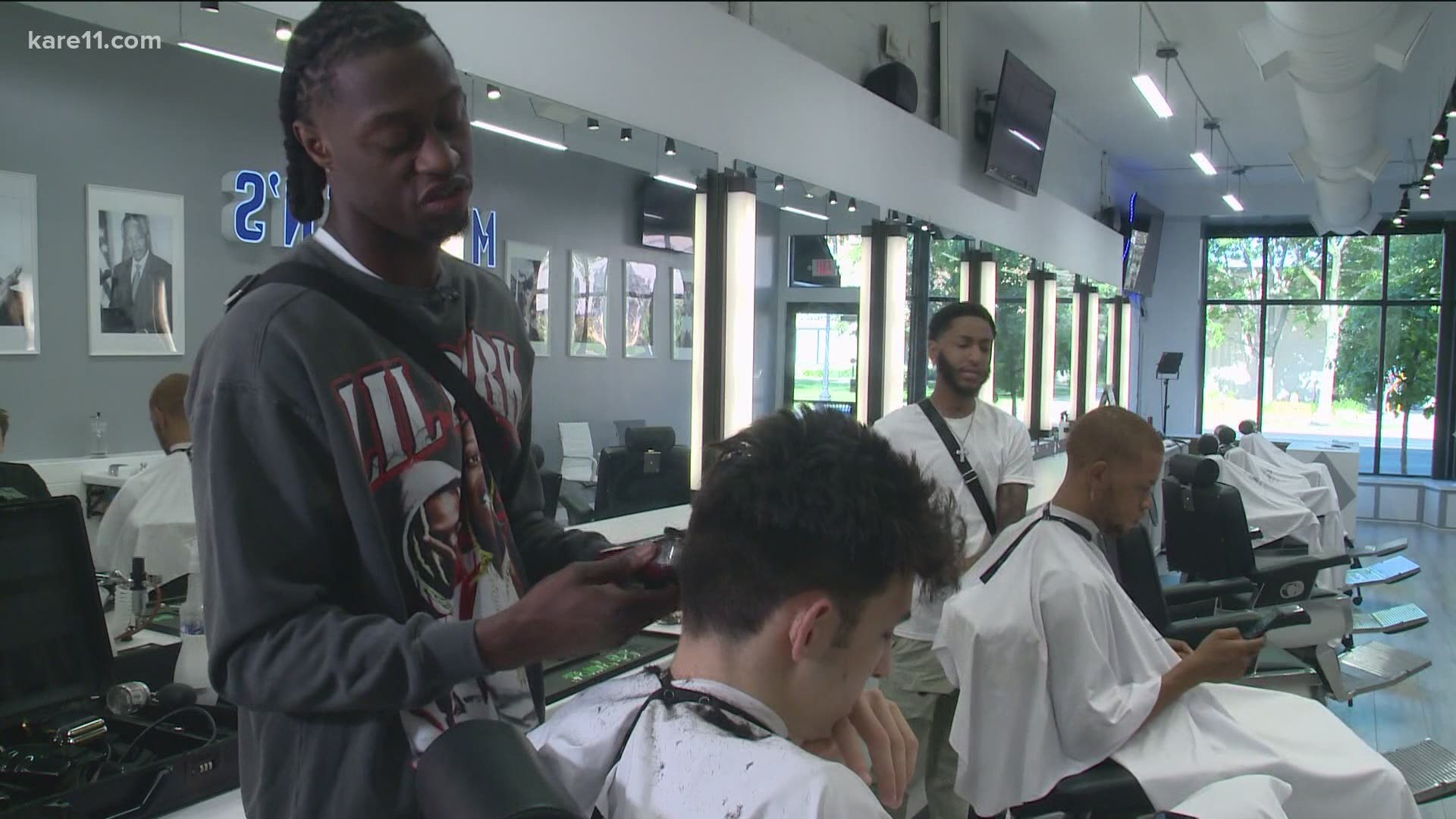 ROSEVILLE, Minn. — When you're getting a haircut, the conversations between barber and client can lead to wonderful things. In this case, they're leading to a clothing drive for people in need.

Holmgren hooped for Minnehaha Academy in Minneapolis and is moving to Washington state next week to join the Gonzaga University Bulldogs.

A common question when asking about Chet Holmgren is “What can’t he do?” The 7ft. playmaker is dynamic on both ends of the floor and looks to take his talents to Spokane as a Gonzaga Bulldog. Congrats, @ChetHolmgren on winning the 2020-21 National Boys Basketball #GatoradePOY 🏆 pic.twitter.com/om6DtrZuVq

While packing up his belongings, he realized just how much most of us can spare to give. He then thought back on conversations with his barber, Meleyn Tengben, an entrepreneur who is known to give back.

"I see a lot of hustler in my guy, Melly," Holmgren said of Tengben. "Opening up three barber shops, you know, starting all this. He's doing all this business stuff. He's business savvy."

They both know the meaning of hard work.

"Chet's a smart kid and I respect his grind like just playing basketball and playing it to the highest level," Tengben said of Holmgren. "Being who we are in the community and knowing who we know, we just felt like it would be a great thing to do to bring the community together and get everybody some clothes."

The clothing drive, however, will be held at Signature Cuts within Rosedale Center. It's from 1-6 PM Sunday, June 13. Donors are encouraged to drop off new or gently used clothing and athletic gear for people of all ages and for all Minnesota seasons. The men plan to pass on the donations to various organizations, including the Salvation Army and Boys and Girls Club.

RELATED: Holmgren of Minnehaha Academy is AP Player of Year, commits to Gonzaga