Eric Piatt, a junior in college, talks about the many challenges of finishing his school year at home. 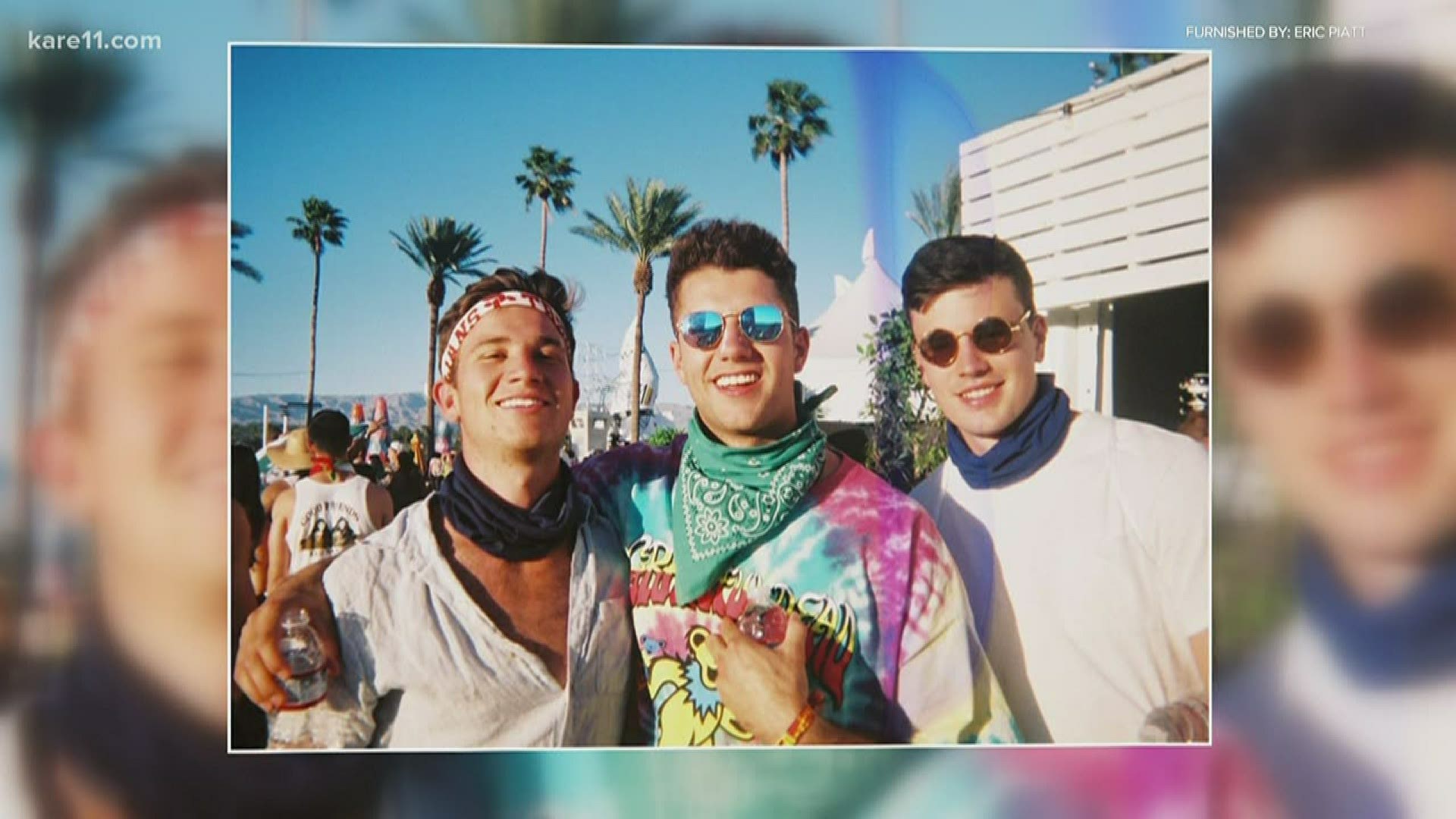 PELICAN RAPIDS, Minn. — My little brother is not so little anymore. He's currently a junior at USC in California.

Instead of coming home to his fraternity house every night he gets to be with our entire family under one roof.

"It's a different kind of fun," Eric laughs.

Like so many college students, he's been tucked away in his room taking classes online.

"To be honest, probably 40 plus hours a week for sure I'm studying or doing work," Eric says.

"Has it been hard?" Bryan asks.

"Yeah, it has been hard. It's just been a very unique, surreal experience," Eric says. "The stress of school is still there but that escape from it and that release isn't really there because I don't get to see my friends. I don't have the college experience surrounding the school that I'm doing."

"Many students I think are struggling, and I think a lot of students are struggling pretty significantly," says Matt Hanson, licensed psychologist at the University of Minnesota mental health clinic.

Hanson says they're still seeing around 600 students a week - primarily through virtual therapy.

"If I had to pick a single theme - I think it's the struggle with finding some kind of routine that works for them."

To help students with that - the University put out recommendations for creating a new routine. Everything from getting good sleep, to finding meaning in the work they're doing.

"Our role here is to I think reinforce that this is a big deal and this is not to be something that, if they're struggling, they should feel bad about - because a lot of us are struggling along with them," Matt says.

"How excited are you to see your friends when this is all done?" Bryan asks his brother Eric.

"Oh, so excited," Eric says. "I think at the end of this we'll probably just enjoy that last year together at school even more and hopefully some good will come from it."

Read more about the University of Minnesota's health recommendations: