Coronavirus one concern for an accurate 2020 Census

The last few weeks have created additional reasons for concerns about an accurate count nationwide. 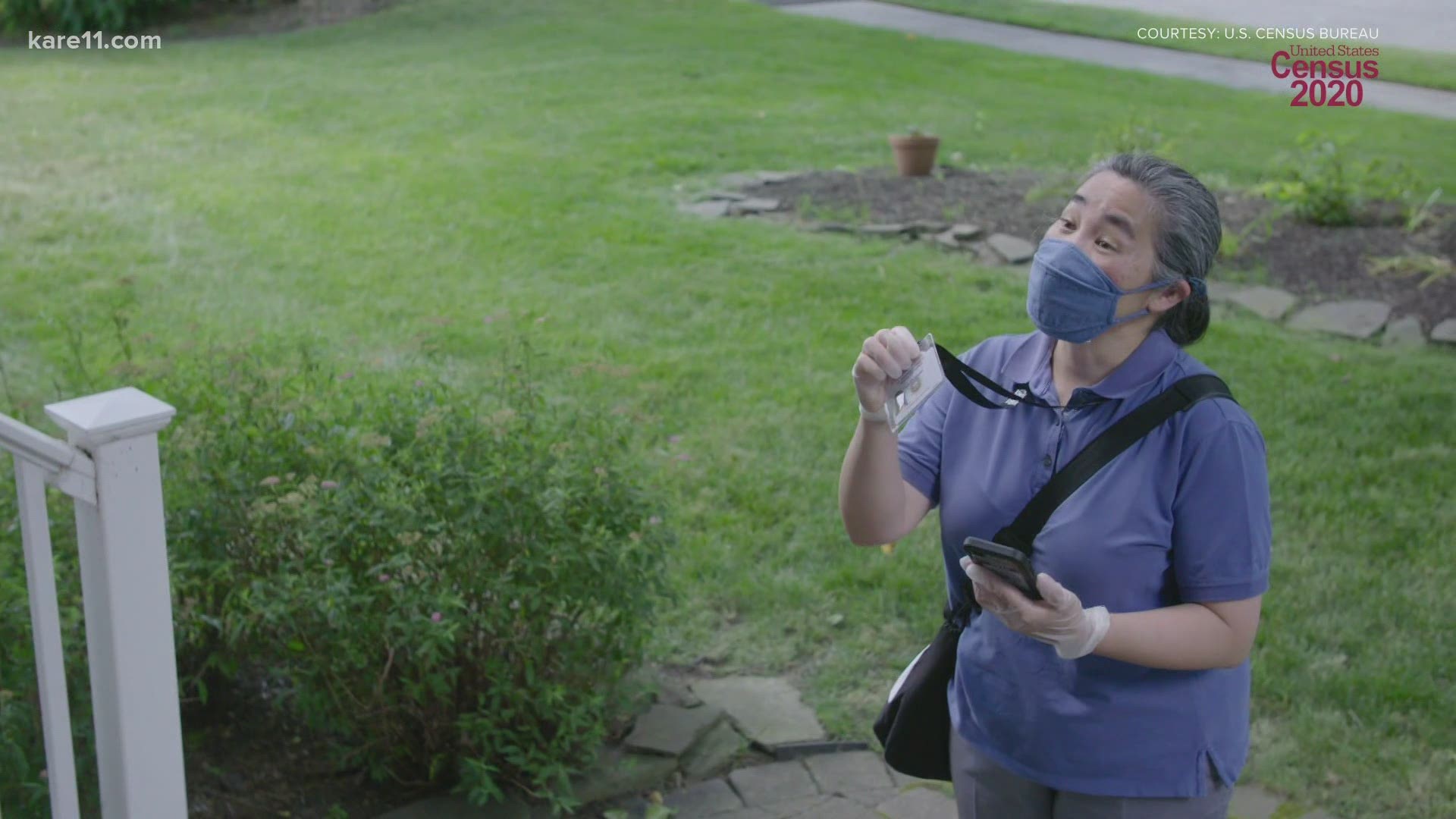 ST PAUL, Minn. — As you likely already know, completing the 2020 Census is important.

Not only is it required by law, it determines how much federal funding your community receives, as well as the number of congressional seats your state receives.

As you're also likely well aware, this year has been different with the pandemic.

According to Tim Olson, the Associate Director of Field Operations with the U.S. Census Bureau, at least 93% of the United States population has already been counted.

Here in Minnesota, we have the highest response rate in the nation at nearly 97%, Olson said.

"We consider that a pretty remarkable accomplishment to this point, given all that's going on in the nation with the pandemic," Olson said.

The quarter-million census takers on the ground are required to wear face coverings while maintaining social distancing to help quell fears from potentially fearful residents, wary of catching the virus.

The last few weeks have created additional reasons for concern about an accurate count, considering the unprecedented wildfires in the west and hurricanes in the Gulf. Olson said they're doing everything in their power to ensure an accurate census.

"Things at the national level are looking great, they really are. When you go to the hyper-local level, we are absolutely going to be challenged to get to that 100 percent complete count," Olson said.

If you have yet to take the Census, the easiest way is to complete it online. It takes about 10 minutes.