The Press Bar in St. Cloud a 'total loss' after fire

Fire officials say the rest of the building will be torn down. 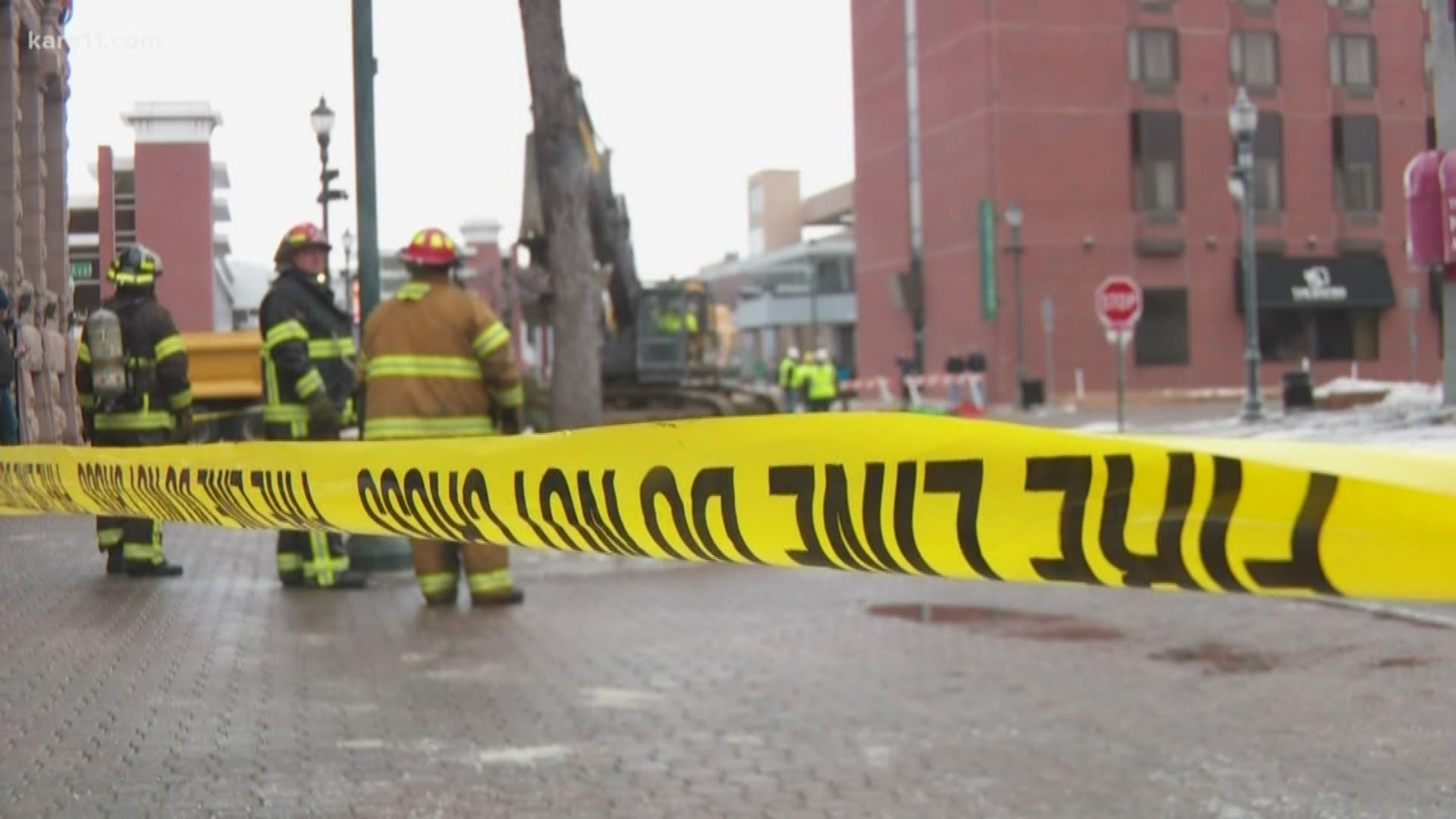 ST. CLOUD, Minn. — The Press Bar and Parlor, a longtime staple in downtown St. Cloud, was destroyed by a fire early Monday morning.

According to St. Cloud Fire, the blaze started in the basement of the building. Officials are still working to determine what caused the fire, but St. Cloud Battalion Chief Jerry Raymond said it might take another day to determine the exact cause.

According to Raymond, crews were called to the Press Bar on W. St. Germain Street around 2:40 a.m. Once they arrived, firefighters entered the building to try and locate the fire. After about an hour they evacuated and worked on containing the blaze, which had taken over the entire building.

Officials announced the building is a total loss. The building partially collapsed during the fire, and the remaining structure will be torn down. No injuries were reported. 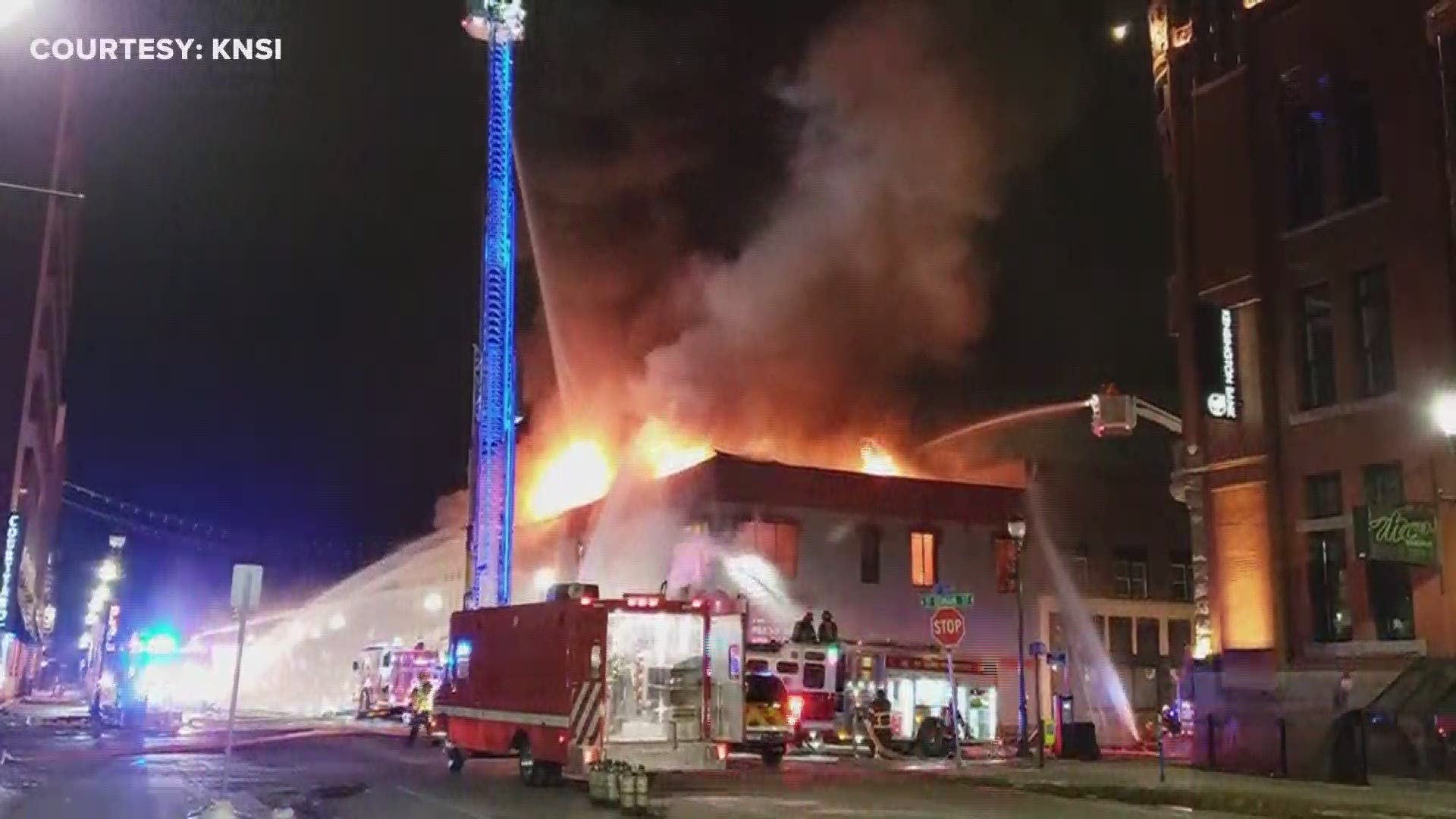 Cassie Brown says the Press Bar was the first bar she ever attended as a college student. As a 5th year at St. Cloud State University, she said she had built a lot of memories at the bar with her friends and her rugby team.

"I just remember all the times i was up there dancing with my friends....and now it's gone," Brown said, taking videos of the demolition with her phone.

She said it's hard to believe that the bar is gone, so she had to come and document its ending, for memories' sake.

"I'm just gonna miss the place," she said. "I don't know where I'm going to go when I want to go dancing downtown. Just gotta dance in the streets."

At around 5:40 p.m. on Monday, crews were still on the scene monitoring hot spots and setting up fencing around the buildings ruins.

Battalion Chief Raymond says it will be several days before investigators can get a closer look at what might have caused the fire. Even then, he explained that the damage was so extensive that pinpointing the cause might be difficult.

He said most of the efforts Monday focused on putting the fire out, and then preventing it from damaging the building next door. The building adjacent to the Press Bar and Parlor is one that holds a Cowboy Jacks bar and apartments on the second floor. 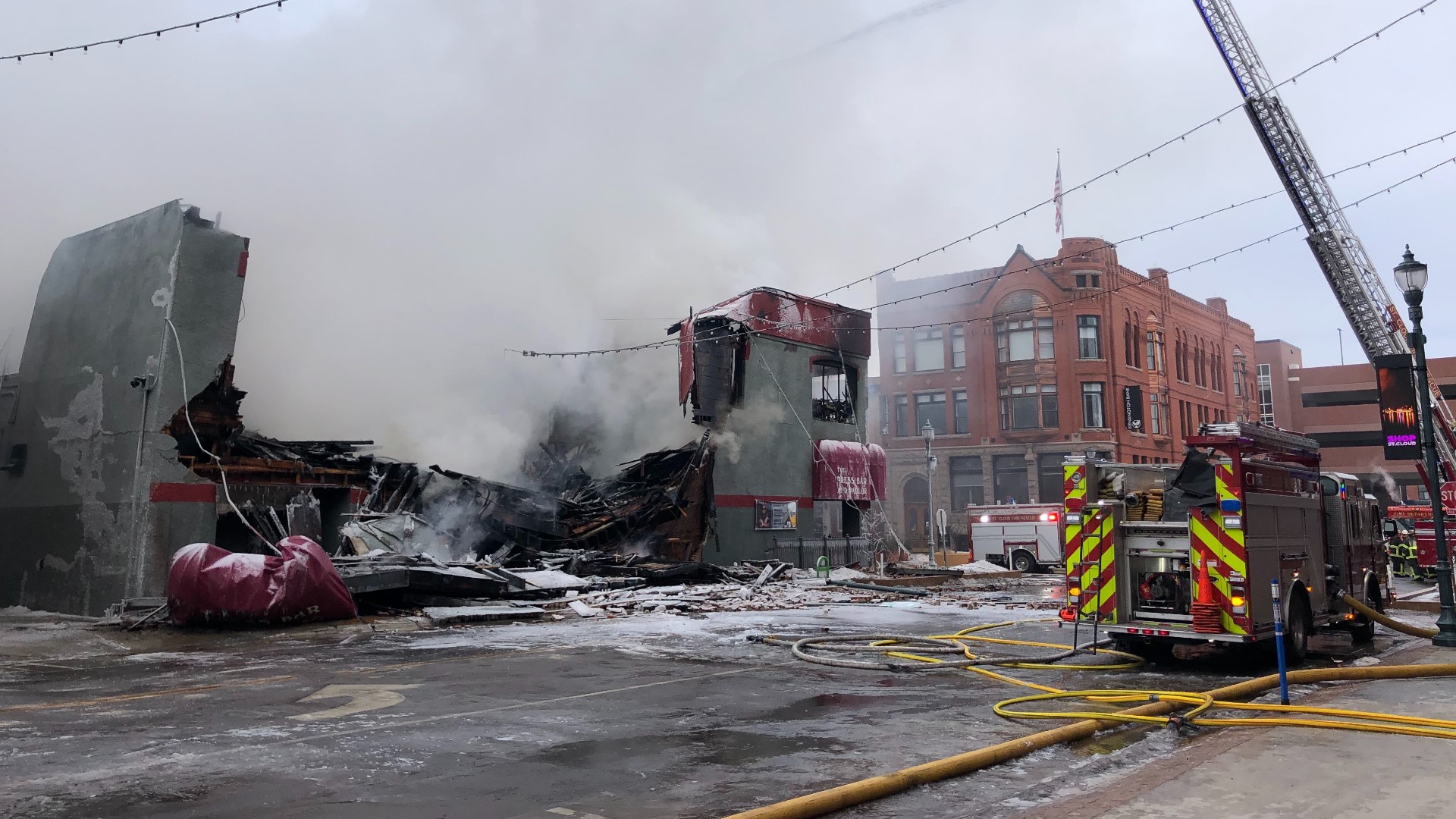