Today, the beef-and-bun combo is an American staple. From ballparks to backyards, the hot dog is enjoyed by just about everyone. 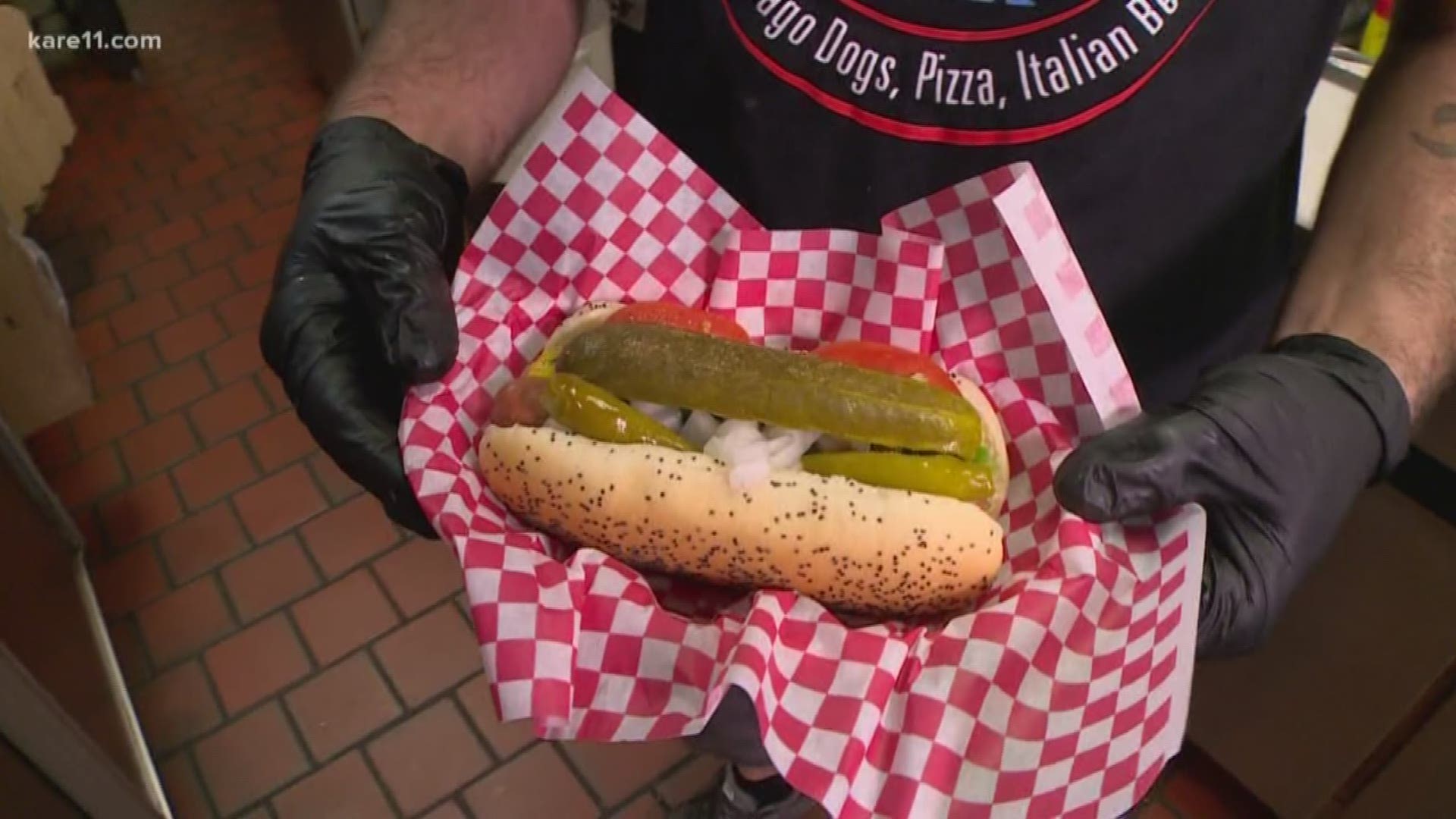 MINNEAPOLIS — Grab the mustard (apparently not the ketchup) because today is National Hot Dog Day.

Local hot dog joint Chicago's Taste Authority in southeast Minneapolis is celebrating in a big way, by looking back at where it all began.

“It was sold for a nickel, and they would call it a meal in a bun,” said Chicago’s Taste Authority owner Rob Dubnecay.

Today, the beef-and-bun combo is an American staple. From ballparks to backyards, the hot dog is enjoyed by just about everyone.

“You can go anywhere and get these, and other than the toppings they are pretty much the same anywhere in the country,” reasons Dubnecay.

Whether you like your dog smothered in chili cheese or Chicago style, there is one ingredient Rob says should never be on a hotdog.

“Ketchup,” he insists. “You almost have 25 percent of sodium and as much sugar as a can of coke.”

No matter how you like 'em, billions of these beef franks are consumed every year.

To celebrate National Hot Dog Day, Chicago's Taste Authority has a doggone good deal going on!  They are going old school offering their hot dogs for 5 cents today with the purchase of a drink and fries. They are also sponsoring a hotdog eating contest between Minneapolis and St. Paul police and firefighters. Winners get to donate cash money to the charity of their choice.