Firefighters responded to the fire at the Adas Israel Congregation about 2 a.m. Monday and finally knocked it down about four hours later. 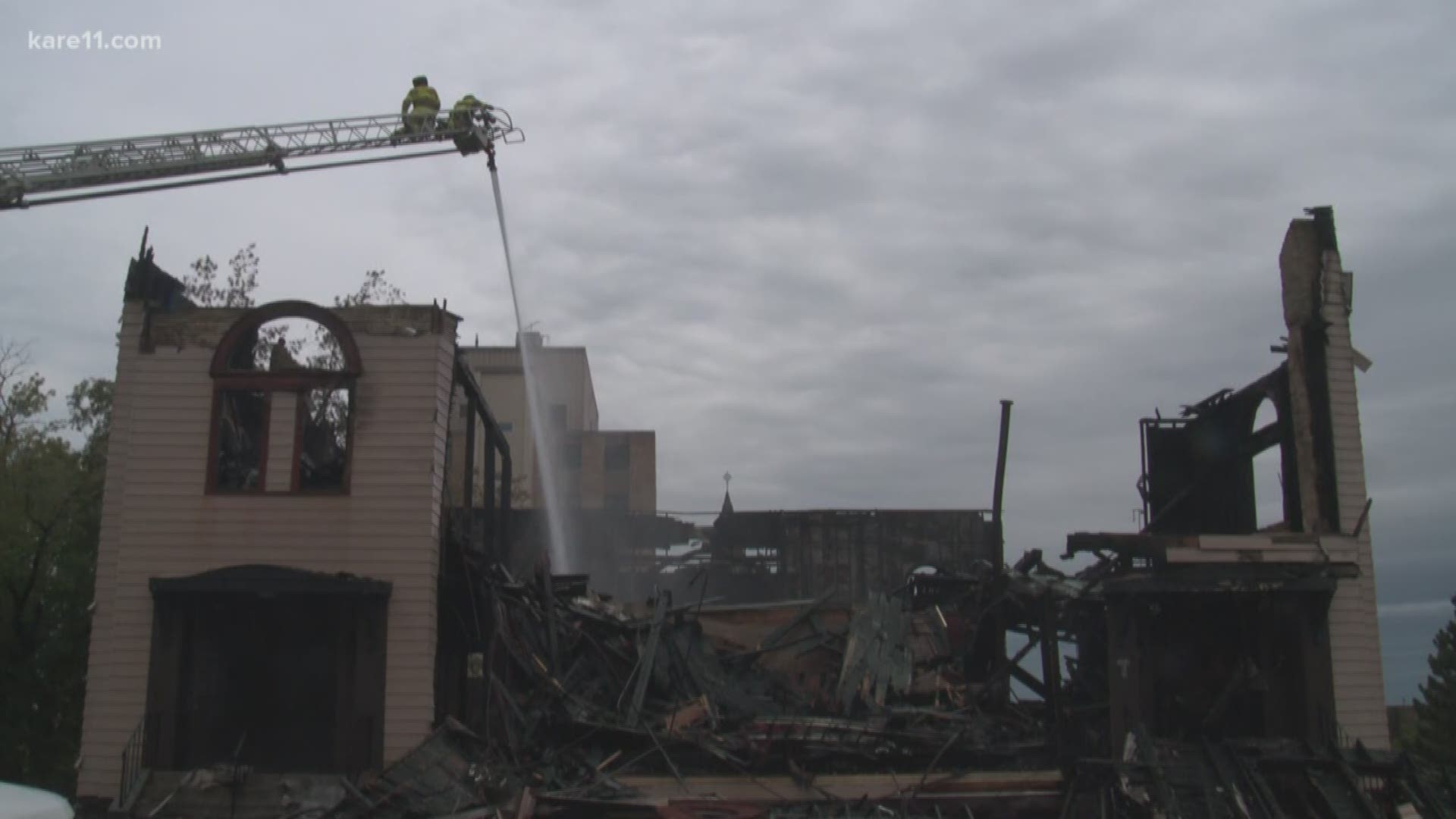 DULUTH, Minn. — Crews are on scene in downtown Duluth cleaning up after a major fire at the historic Adas Israel Congregation synagogue that left one firefighter with minor injuries.

Firefighters responded to a 911 call reporting the fire at the Adas Israel Congregation about 2:20 a.m. Monday. Assistant Chief Clint Reff says the first arriving company found a storage room on the east side of the unoccupied synagogue on fire, with smoke and visible flames.

Reff says crews stretched hand lines to the interior of the synagogue and began fire attack on both the shed and church building. A search of the building for occupants was underway when fire conditions rapidly changed.

A Mayday call was made after a firefighter was struck and knocked down by falling debris on the balcony level of the synagogue. He was then rescued and transported to St. Luke's Hospital, where the firefighter was treated and released. No other injuries were reported. 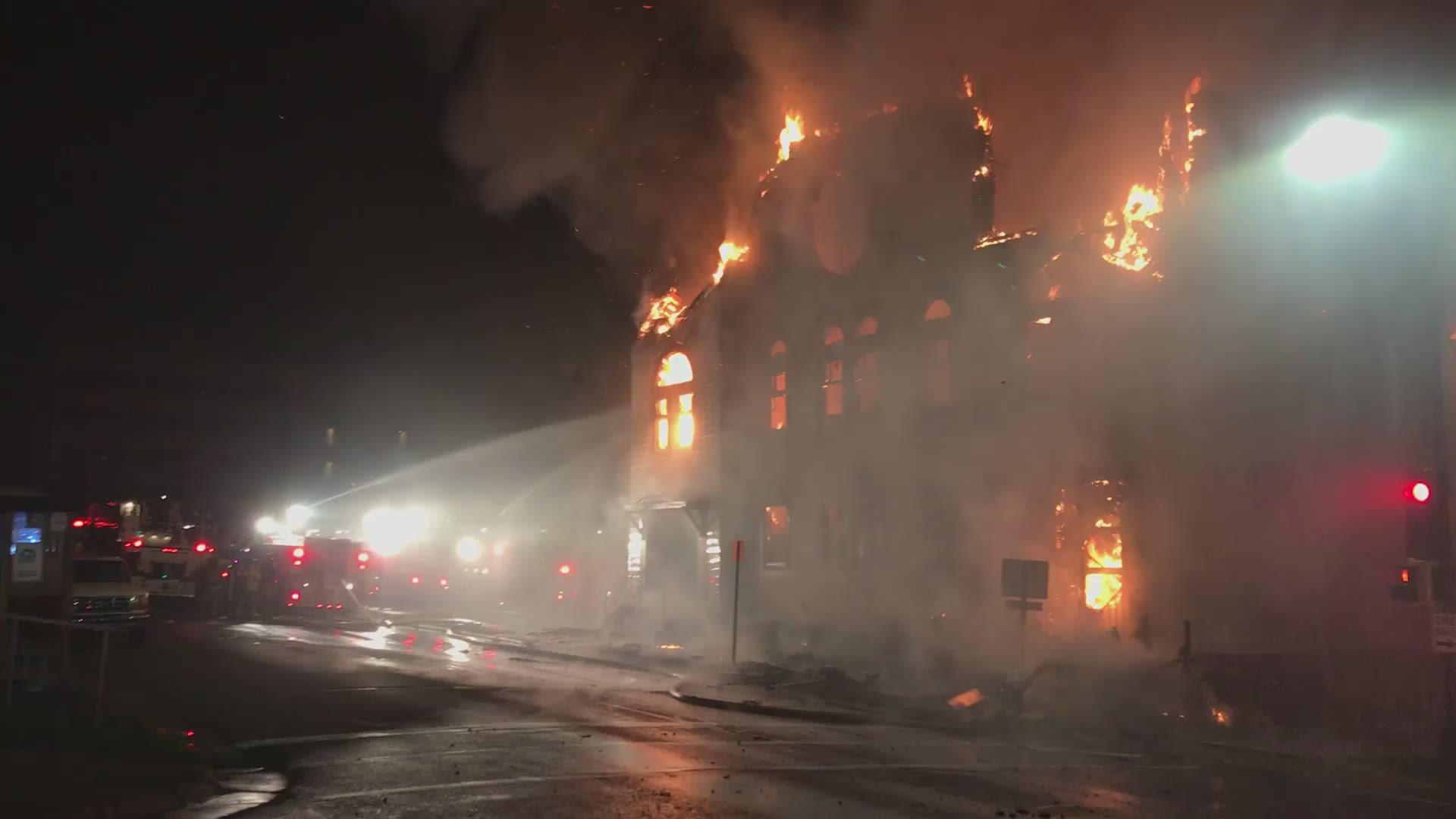 A second alarm was called when conditions inside the synagogue worsened, and fire crews were ordered to leave the building. A portion of the roof collapsed, and crews transitioned to defensive operations. The fire continued to grow, with a front interior wall and the west wall of the synagogue collapsing.

With daylight spectators could see the gutted remains of the synagogue with a few structural walls still standing.

There was no immediate word from fire officials on what started the blaze.

“The Jewish Community Relations Council of Minnesota and the Dakotas (JCRC) is deeply saddened by the devastating fire that appears to have destroyed much of the historic Adas Israel Congregation in downtown Duluth," said JCRC Executive Director Steve Hunegs in a released statement. “We are in close communication with the leadership of Adas Israel Congregation and law enforcement in the Duluth area. The investigation into this incident is ongoing. Most importantly, we have learned that there are no fatalities connected to the fire at Adas Israel Congregation."

“As we approach the Jewish High Holy Days, we offer our full support to our fellow Jewish Duluthians," Hunegs added.

The Minneapolis and St. Paul Jewish Federations have started up an emergency fund to help rebuild the synagogue and replace the congregation's Torahs and prayer books, offer support for member families and other services.

Construction of the Adas Israel synagogue dates back to 1902. The congregation's website describes Adas Israel as "an Orthodox/high Conservative congregation with a membership of 75. Services are lay-led with daily minyans, Saturday morning and holiday services."