The owners said kids aren’t getting school lunches right now and this is a way to give back to a community that has supported them. 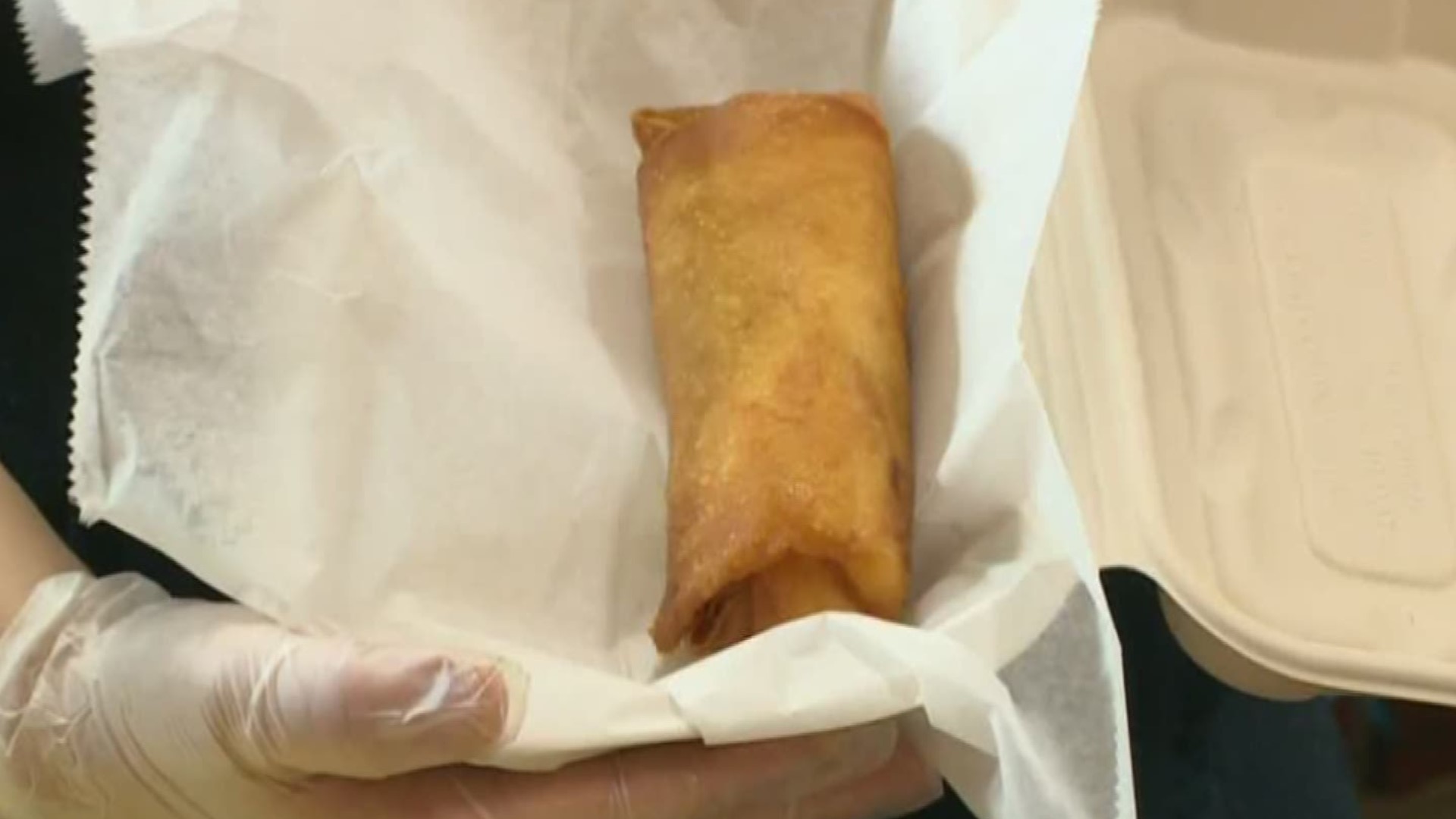 FALCON HEIGHTS, Minn. — Concerns over the coronavirus shut down schools. But that's not stopping a Falcon Heights cafe from filling the void for many kids who rely on school lunches.

Eggroll Queen has been giving away free meals to families in need.

Chai Xiong is the co-owner of Eggroll Queen.

“Her whole Eggroll Queen business is built by the community and so you know when she needed the help the community is always there for her and this is a time that we can do pay forward and give back to the community,” Xiong said.

The 'egg roll queen' is his wife Mai. She has lost almost all of her hearing so Xiong tells KARE11 what they're doing.

“Monday we served about 50 meals and Tuesday we do, I think it's like 68 or something like that,” Xiong said. “Wednesday we do beyond that so we're hoping to serve many more families to come,” he said.

Xiong said they advertised on Facebook. He said it’s been nice to see the people who get a free meal post their food on social media after.

“A lot of them say, ‘Hey this is even better than the school lunch that we get on a daily basis,’” he said.

Xiong said the cafe that has seen better days, like many businesses right now.

“A lot of the workers went home or we had to lay them off because we couldn't afford them,” he said.

But they’re still finding a way to roll with this pandemic in a big way.

RELATED: Don't throw out that food!

“People come in here and they don't know how big they are and so they just say, ‘I want three egg rolls’ and once we serve it to them they're like “Holy!’”

The egg rolls are fried to a golden crisp. Xiong said they’re doing it until they run out of resources.

Some people in the community heard what Eggroll Queen was doing, so someone gave them a $1,000 check to keep them going.  If you want to help or just buy egg rolls, you can find Eggroll Queen at 1579 Hamline Avenue N. You can also call in an order at 651-644-9959.