The proposed landfill expansion would make the existing landfill taller than nearby Buck Hill. 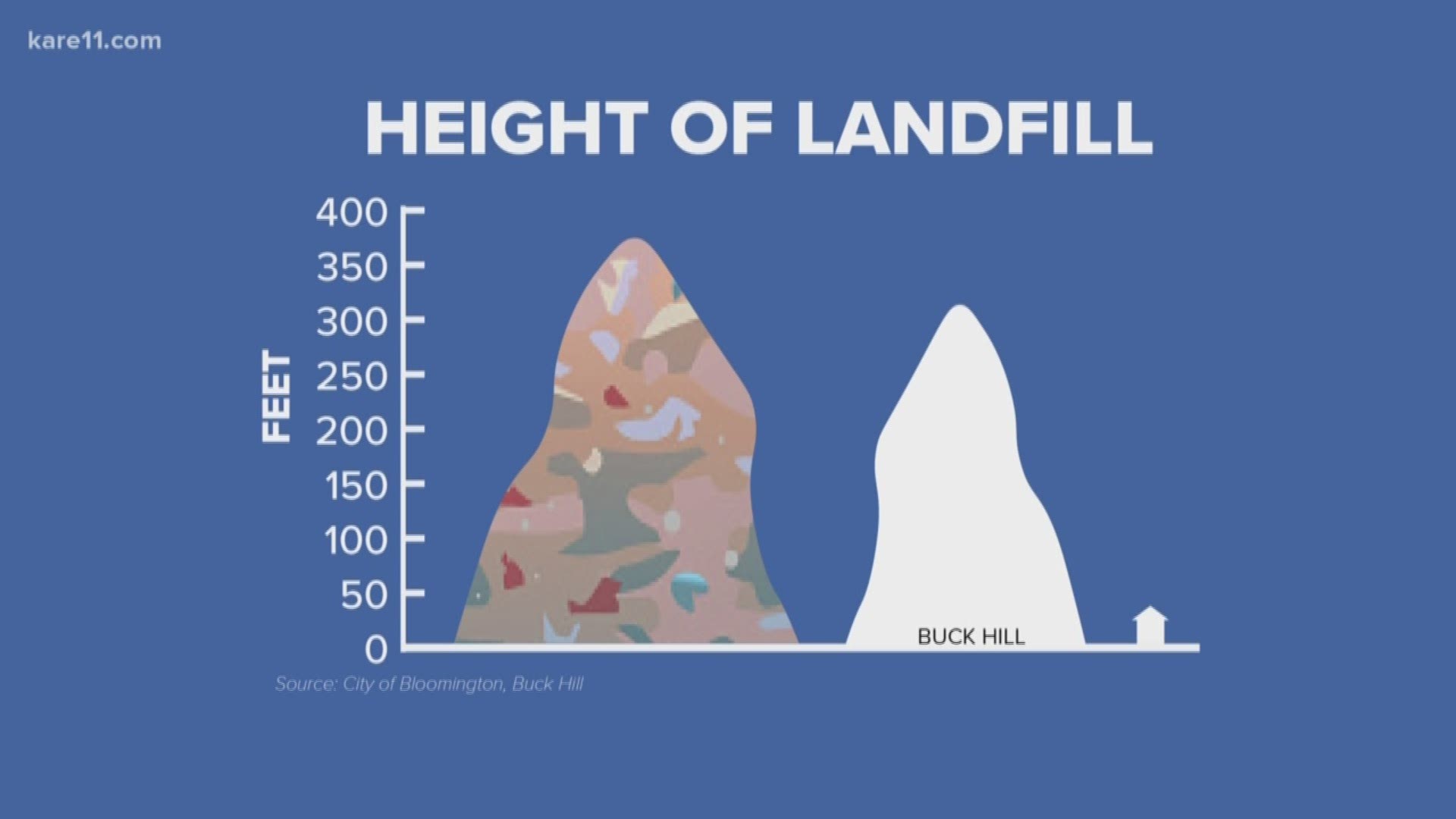 BURNSVILLE, Minn. — A controversial landmark could be coming to the south metro.

Burnsville City Council plans to consider a landfill that would be taller than Buck Hill on Tuesday.

An existing landfill and dump located along both sides of I-35W would merge, creating one big landfill located in an industrial area near the intersection of I-35W and HWY 13.

With a proposed vertical height of 362 feet, people would be able to see it a city away in Bloomington. That's where JC St. Onge-Holm lives. She has a long list of concerns, including the possibility of property values going down.

"I want my children to want to live in this community and this is a huge step toward them not wanting to be here."

RELATED: Many landfills get converted into gorgeous parks and preserves

"We have a lot of unanswered questions on the logistics," Martin said. "Based off of what we've seen so far, we do have some pretty substantial concerns."

He says, in addition to the proposed landfill's height, its volume is also of concern.

"It's going to be 26-million cubic yards of garbage, which is seven times the volume of the biggest pyramid in Egypt," Martin said. "The pyramids had a pharaoh and priceless artifacts and this will have candy bar wrappers from the 80s so it's a pretty huge project."

With the Minnesota Valley National Wildlife Refuge and Minnesota River nearby, both Martin and St. Onge-Holm mentioned concerns about environmental impact. So what gives?

The City of Burnsville points to potential benefits, including consolidation. Merging existing sites into one would free up land for new development and, subsequently, jobs along the riverfront.

The City says the landfill could take in garbage from other areas in the Twin Cities region. They would need to pay a fee Burnsville says would help pay for infrastructure and other projects.

"Why is it not in a more remote location? This is a city center," she said. "This is the center of a community."