Scott Coffey is taking his mission to new heights, quite literally. He's climbing Mt. Everest to help raise money and awareness for Firefighters for Healing. 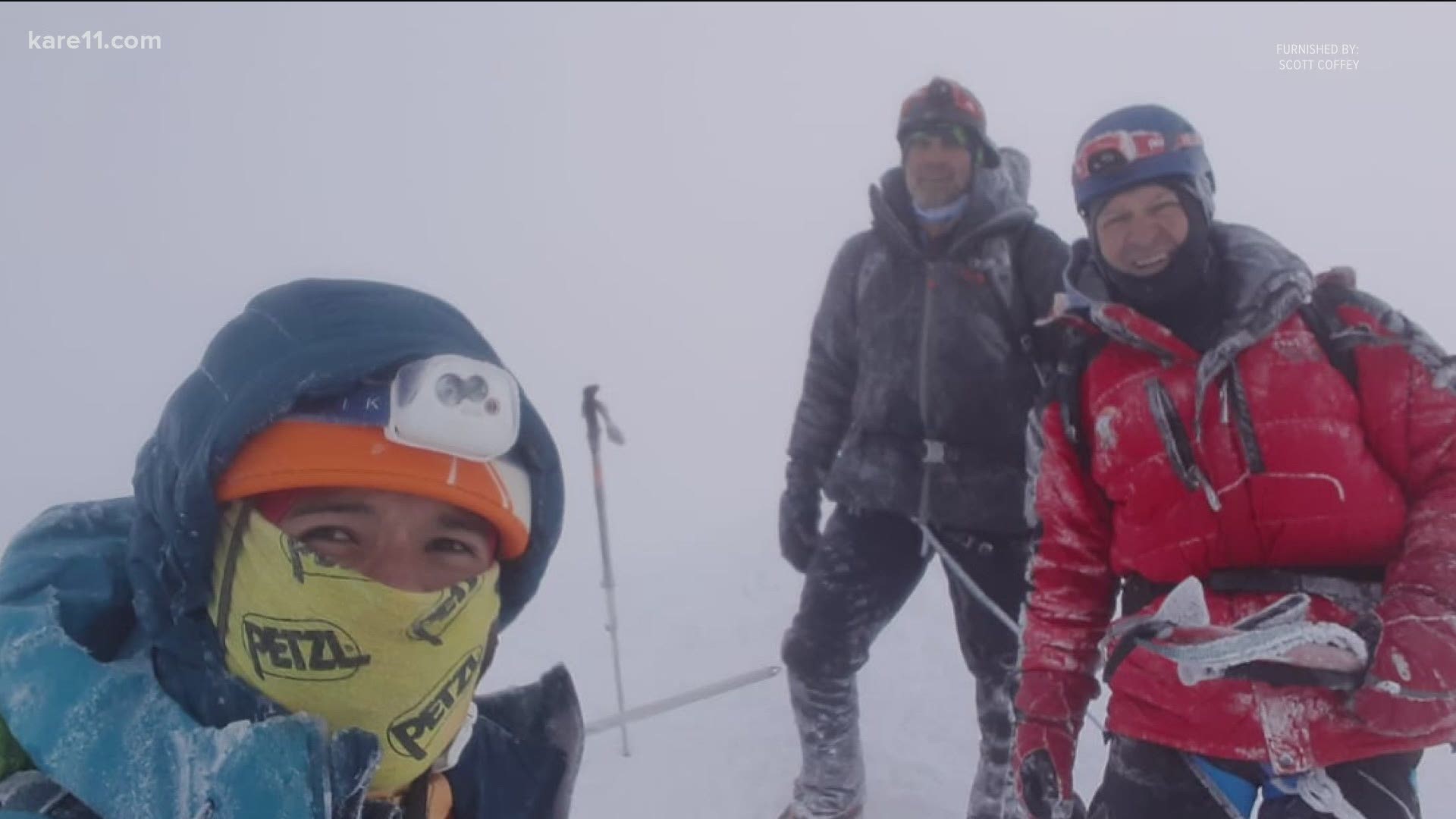 MINNEAPOLIS — How far would you go to help out an organization near and dear to your heart?

A Minneapolis firefighter is taking his mission to new heights, quite literally, to help out burn survivors and their families here in Minnesota through the non profit organization Firefighters for Healing.

"It was always something I had in the back of my mind that would just be an incredible adventure," said Minneapolis Firefighter Scott Coffey, who decided to take it a few steps further.

Scott, an avid climber, has been climbing mountains around the world from Aconcagua in South America to Mount Kilimanjaro in Africa.

"I came up with this idea of combining two of my passions for firefighting and mountain climbing and came up with the seven summits fundraiser and I was just hoping to make a difference," Scott said.

Scott's next challenge, at more than 29,000 feet, is to climb Mount Everest.

"I've known Jake the founder," Scott said. "I was at the fire he was burned at over ten years ago. He inspired me and all of the children that are recovered, the nursing and doctor staff at the hospital and they just inspired me and I wanted to give back and do more."

Everest is not only the highest mountain you can climb, but it's one of the most dangerous to summit, where hundreds of people attempt to reach the top every year. Scott says he will be one of those people to get to the top.

"If I am able to get to the top and show the Firefighters for Healing flag, it will be an emotional, spiritual experience I will never forget," Scott said.

Scott's goal is to reach $10,000 dollars for Firefighters for Healing.

Scott leaves Sunday, March 28th for Nepal, where he is hoping to start his summit of Everest sometime in mid-May.