Last year many high school graduates opted to stay home. But this fall, more students than ever are ready to move into the dorms. 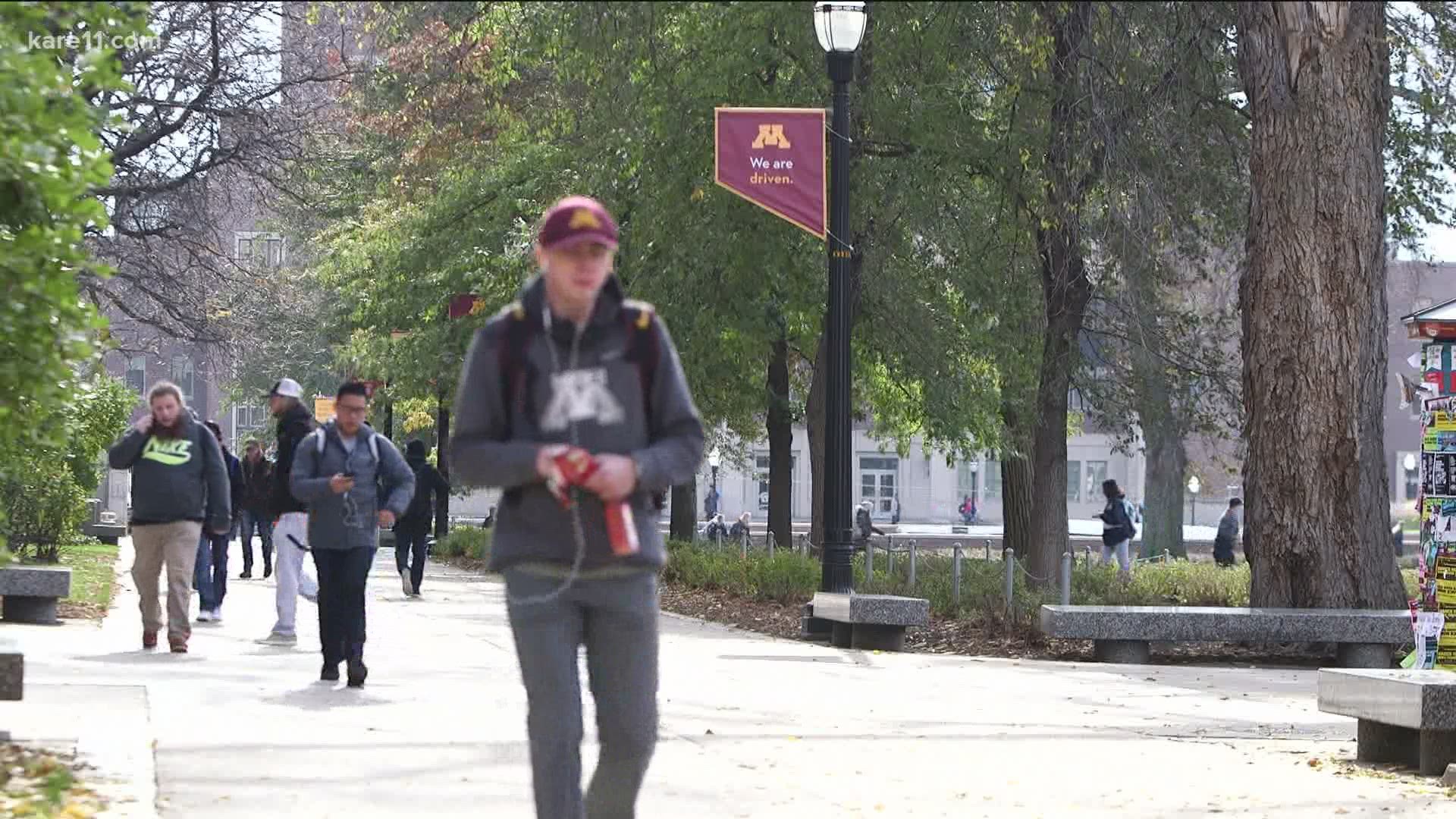 MINNEAPOLIS — Colleges nationwide are hoping for an enrollment recovery after the pandemic forced most classes and campus operations online for more than a year.

The University of Minnesota is returning to in-person classes, and it appears high-school grads looking for higher education want to stay close to home. The result has been a booming class for the U of M’s fall 2021 semester.

Vice Provost and Dean of Undergraduate Education Bob McMaster is bullish on the fall semester. At the Twin Cities campus, freshman confirmations are up 14% or roughly 1,000 more students over fall 2020.

“We’ll probably bring in the largest class in 50 years," McMaster said. "Students are still just a little cautious of wanting to stay within a fairly close geographical region.”

In-state commitment is up 10%, and there’s been higher than usual numbers regionally, especially from Wisconsin and the Dakotas.

Another reason for the large freshman class is the number of students who deferred last year because they weren’t comfortable going to college during the pandemic. McMaster noted it’s reflected in the high number of commits this fall, saying “Four percent of the students who are enrolling this fall actually graduated from high school in 2020, which is a lot higher percentage than we usually see.”

The U has remained a popular choice nationally with a 20% uptick in enrollment from states like California, Texas and New York despite a rise in crime. McMaster acknowledges safety is always at the top of the checklist when students and their parents consider an educational institution.

“Across the nation, not just at our university students are very concerned about safety, especially in a university in a large metropolitan area,” he said.

Stats provided by the U of M Police Department show from January to the end of May, there were 151 on-campus incidents compared to 125 in the same period last year. However, it’s nowhere near the 298 in 2019.

U of M President Joan Gabel recently took steps to increase on-campus safety by increasing police presence during late night hours, as well as providing overtime to officers to patrol Dinkytown and the Marcy Holmes neighborhood.