Brooks announced that the added show will happen on Friday, May 3. Tickets go on sale this Thursday, Dec. 20. 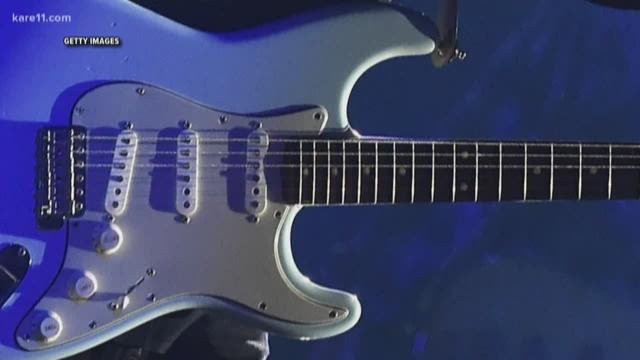 A problem with his plane prevented country superstar Garth Brooks from making the announcement in person, but what the heck... most knew what he was going to say anyway.

Shortly after 9 a.m. Monday Brooks confirmed on a teleconference with Minnesota Governor Mark Dayton that he is adding a second show when he visits the Twin Cities in early May to play U.S. Bank Stadium. The previously scheduled May 4 show sold out in less than an hour, and an estimated 50,000 people were still in the online and phone waiting rooms to buy when the last ticket was sold.

During the teleconference Monday Brooks credited a Twitter post from Governor Mark Dayton's account as being the trigger for adding the second show, something he has not done on this tour.

"I talked to a gentleman by the name of Patrick, GM of U.S. Bank Stadium, I said 'Patrick, the only way I know to do this is to see if anybody might make the ask from your side,'" Brooks recounted, "and that's when he mentioned the governor, and I said 'Oh... that would be pretty impressive.' And it was really sweet that I got a post from the governor asking for a second show."

Brooks called the request both flattering and humbling.

The superstar's drawing power here in Minnesota was not much of a question. Back in 2014 Brooks held an 11-show run at Target Center, selling about 205,000 tickets.