Race directors from around the country will be looking to the iconic Duluth race to see how things go. 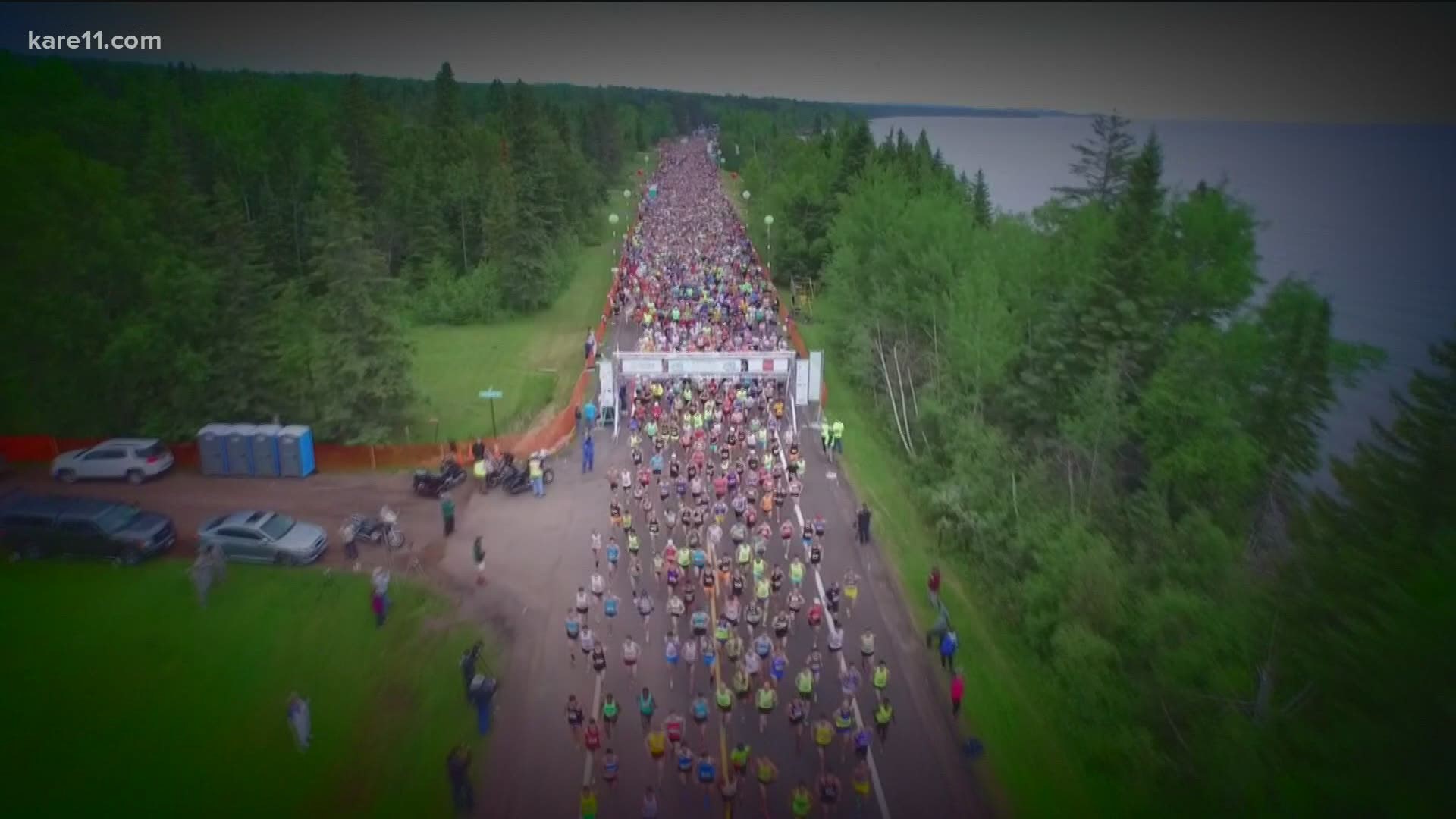 When runners in Grandma's Marathon took to the course in Duluth on Saturday, June 19, there were more eyes than usual on the race.

"This year is going to put us in a national spotlight," said Zach Schneider, Grandma's Marathon Marketing and Public Relations Director.

Schneider says of the major marathons in the U.S. - like Boston, Chicago, and New York - Grandma's is the first in-person event since the COVID-19 pandemic hit.

"We do have some race directors from around the country, one of them from Chicago, coming to our race, not just to help out, but also (to) take some mental notes on what's happening (and) what works," Schneider said.

Grandma's is in this position largely due to timing. The marathon is able to take place in June thanks to Duluth's cooler weather.

So while other races set for the spring had been postponed, when Minnesota Governor Tim Walz announced in May the loosening of nearly all the state's COVID restrictions - Grandma's was a go.

"Things weren't open for some of those spring races, like Boston... and other races in the spring got pushed to the fall," Schneider said. "If (Grandma's was) even a month earlier, (we'd probably be) looking at a postponement or a cancellation."

There were still some pandemic precautions in place for Grandma's. The race was at half capacity. A special tab on runners' bibs could be used if contact tracing was needed.

"There's a tear-off tab that participants will be asked to put into an envelope as they board our buses to the start line," Schneider said. "If there is an issue, we'll know who was on each bus."

Maybe most notably, organizers worked with crowd scientist, Marcel Altenburg, to create a plan for spacing out runners on the course. With the exception of the race's elite runners, marathon placement was determined by chip time on a runner's bib. This allowed for what organizers are calling a "rolling start," or staggered start to reduce density on the course.

"Obviously, by reducing the density and slowing people down as they go through the start process, we anticipate that the finish area will be less congested, as well," Schneider said.

The return to the in-person tradition is especially welcome, not only because the 2020 marathon was canceled due to COVID, but because of all the uncertainty in the months of planning leading up to the race.

"The 45th annual marathon might be one of the best," Schneider said. "It might be the reason we're most proud to do what we do and where we do it."