It takes a lot of discipline to get up for the KARE 11 Sunrise show every morning, which makes fencing the perfect event for this edition of "Guy's Games." 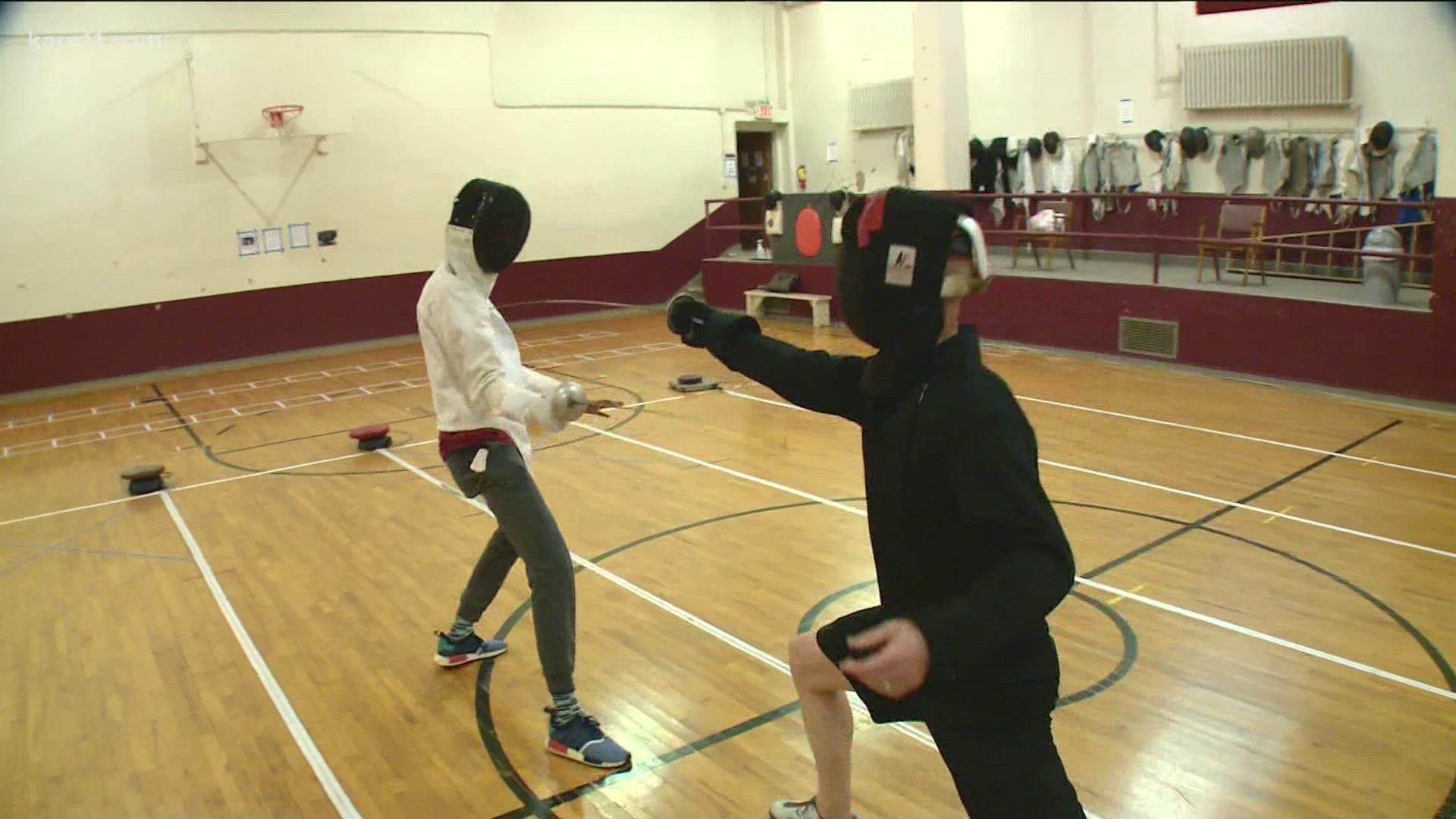 ST PAUL, Minn. — On this edition of "Guy's Games," KARE 11's Guy Brown traveled to St. Paul to learn about an event that's been part of the Olympics since 1896: fencing.

The Twin Cities Fencing Club is home to two masters of the foil. Roberto Sobalvarro was Team USA's head coach during the London Olympics in 2012, and Eric Momberg is the head of Lawrence University's fencing club.

Once Guy was suited up in his gear with a foil in hand, Momberg had him on his guard.

"At the Olympic level, the tip of the weapon moves at the speed of a bullet," Momberg cautioned. "So if you try to watch the tip or the hand or the weapon, it's not going to work out."

The sport is as much cerebral as it is physical, and the athletes need to anticipate their opponent's every move.

"Seventy percent of it is finding feet. And if your feet aren't as good as my feet, I don't have to worry about blade," parried Momberg.

In fencing, every strike needs to be planned and strategic, so that when your opponent goes in for a hit, you're ready to step, strike, follow through and commit to your attack.

Not a sport for the "Minnesota Nice," as Guy learned. He may have a ways to go before becoming a master, but he looks like he's well on his way.

RELATED: Swinging through the air with the greatest of ease, it's Guy Brown on a trapeze

RELATED: Just like an Olympic skateboarder, KARE 11's Guy Brown puts his wheels to the pavement