Pandemic hits Twin Cities Habitat for Humanity where it hurts

They were forced to turn away volunteers for COVID concerns, and that doubled with rising lumber prices has left the nonprofit in a tough spot. 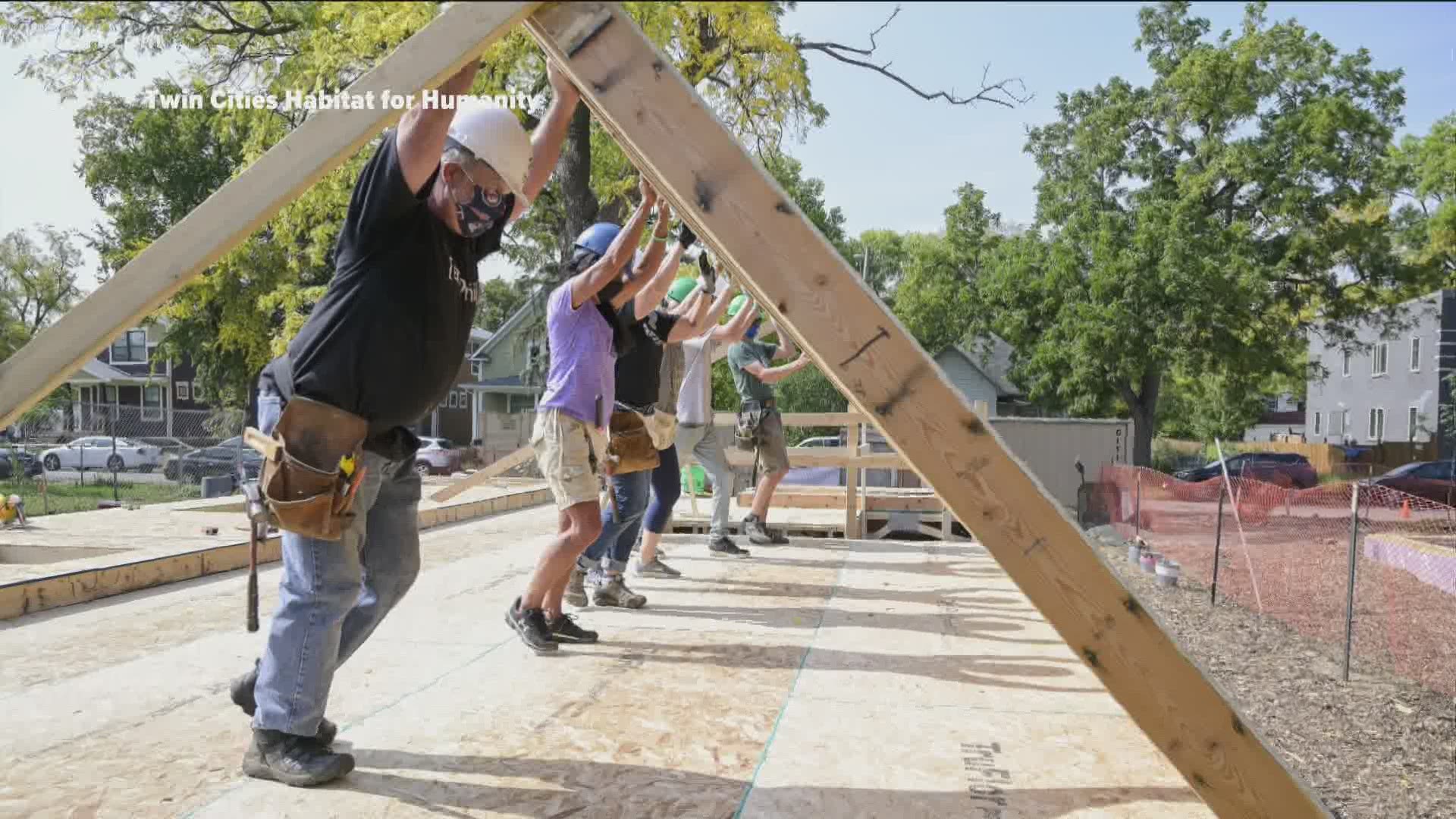 “All in to build a home these days is about $300,000 dollars,” said Chad Bouley, the Chief Real Estate Officer for Twin Cities Habitat for Humanity.

That's around $50,000 more than they would normally spend on a build. But cost is only part of the problem.

The nonprofit was also forced to turn away volunteers during the COVID-19 pandemic for safety reasons.

“Its takes about 750 to 1,000 volunteers per home to build them,” said Bouley. “So we’ve been running short for well over a year now in our volunteers and our ability to produce our homes.”

But, as vaccination rates go up in Minnesota, Habitat for Humanity is welcoming back volunteers starting on June 28.

“They are calling, asking, begging to come back.” Bouley said.

“This is one day folks - sponsorship groups, corporations, church groups.”

More information on volunteering for Habitat for Humanity is available here.