Community mourns loss of another Hmong leader due to COVID-19

Sai Shoua Yang's family said they will remember him as a father, brother, husband and a guardian of lives. 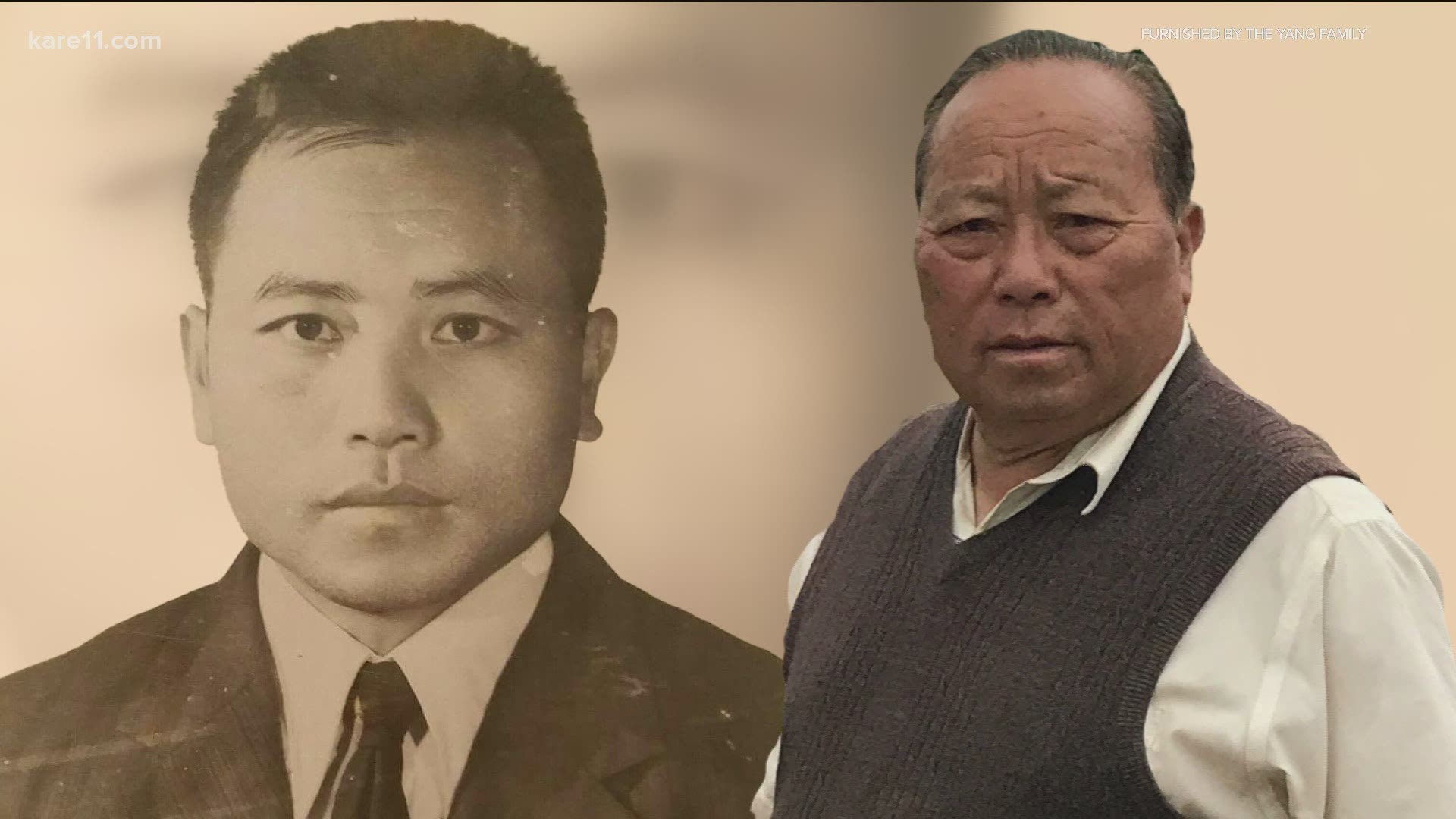 ST PAUL, Minn. — Too often, the latest COVID-19 death numbers are reported and there's nothing beyond that. But with every heartbreaking addition to the death toll, there was a life. Sometimes, someone who lived many lives.

Der Yang is his niece. She said the painful part for her family is knowing that her uncle was such a guardian of her family and his community.

"My uncle spent his entire life protecting us and everybody else, with COVID, it was an invisible enemy that nobody could see and nobody could protect from," she said.

Shoua grew up one of nine children to a farming family in the mountains of Laos. From an early age, it was clear he was a leader.

"Because he was so diligent, people started to recognize that as a possible leader because he was always out there serving everybody," Yang said.

Shoua was named as a "tasseng" in a sub-district of Xiangkhoang, Laos, as a young man.

"The title of 'tasseng' it was given to him by the government. And what it means is he becomes the leader of, I think it was 10 villages in a region," Yang said.

When the Vietnam war broke out, Sai Shoua became what his family called a "reluctant" soldier under General Vang Pao and the CIA.

"It wasn’t that he was eager to become a soldier and fight, it was because we were literally being exterminated," Yang said.

Yang said her uncle led families from the daily escape of genocide in the jungles in the years that followed 1975, and people remember.

Shoua would take them all to a Thai refugee camp when his family said it was clear there was no other recourse if they were to survive after the Secret War.

In 1988, Shoua  took his family to America. He landed on the west coast first, then moved his family to Minnesota in 1997. His family said you'd typically find him on his farm in Forest Lake, ready to sow beans, peas, or soy into the land.

"If we wanted vegetables from his garden we could just drive by and pick them," Yang said.

All this, while still being a voice for peace.

"My uncle always spoke about how it takes war to understand and appreciate peace," Yang said. "The doing peace as an act of kindness, as an act of caring every single day," she said.

His family said they will remember him as a father, a brother, a husband, and a guardian of lives.

Editor's note: The Hmong song poet in the video is Bee Yang, one of Sai Shoua’s younger brothers.