A large crowd plans to wear red not for Valentine's Day but for missing and murdered indigenous people. 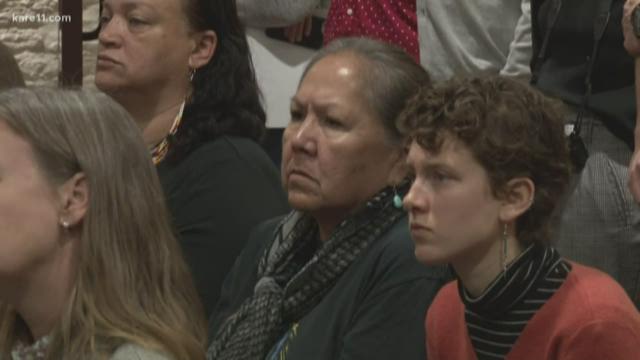 MINNEAPOLIS — Around 500 Anishinabe Academy students plan to lead a march along south Minneapolis streets for a problem they say lacks attention.

This is part of the students' note to KARE 11:

"It is important that the news covers the march because people don't know this is happening to our families. If people know this is happening, people will take it seriously and the police will work on the [Missing and Murdered Indigenous Women] cases. If it's on the news people might choose to help rather than ignore. Can you please share this with the community because it is so important to us.

Alongside members of the Minnesota Indian Women's Sexual Assault Coalition, Minnesota Two-Spirit Society, Native Lives Matter Coalition, All My Relations Arts, and the Minneapolis American Indian Center, the plan is to meet at the Center at 11 a.m. for an opening blessing, welcome songs, and guest speakers.

The march is scheduled to begin at 12:30 p.m. and is expected to last about an hour. The route goes to and from the Minneapolis American Indian Center via Cedar and Bloomington Avenues.

Following the march, Dr. Jane Sanders, Bernie Sanders' wife, is expected to speak. There will also be an Honor Song for those who have lost loved ones and an open mic for anyone who would like to share.