Two different Irish soda breads are available at several locations throughout the Twin Cities, and part of the proceeds will go towards the 2021 Irish Fest. 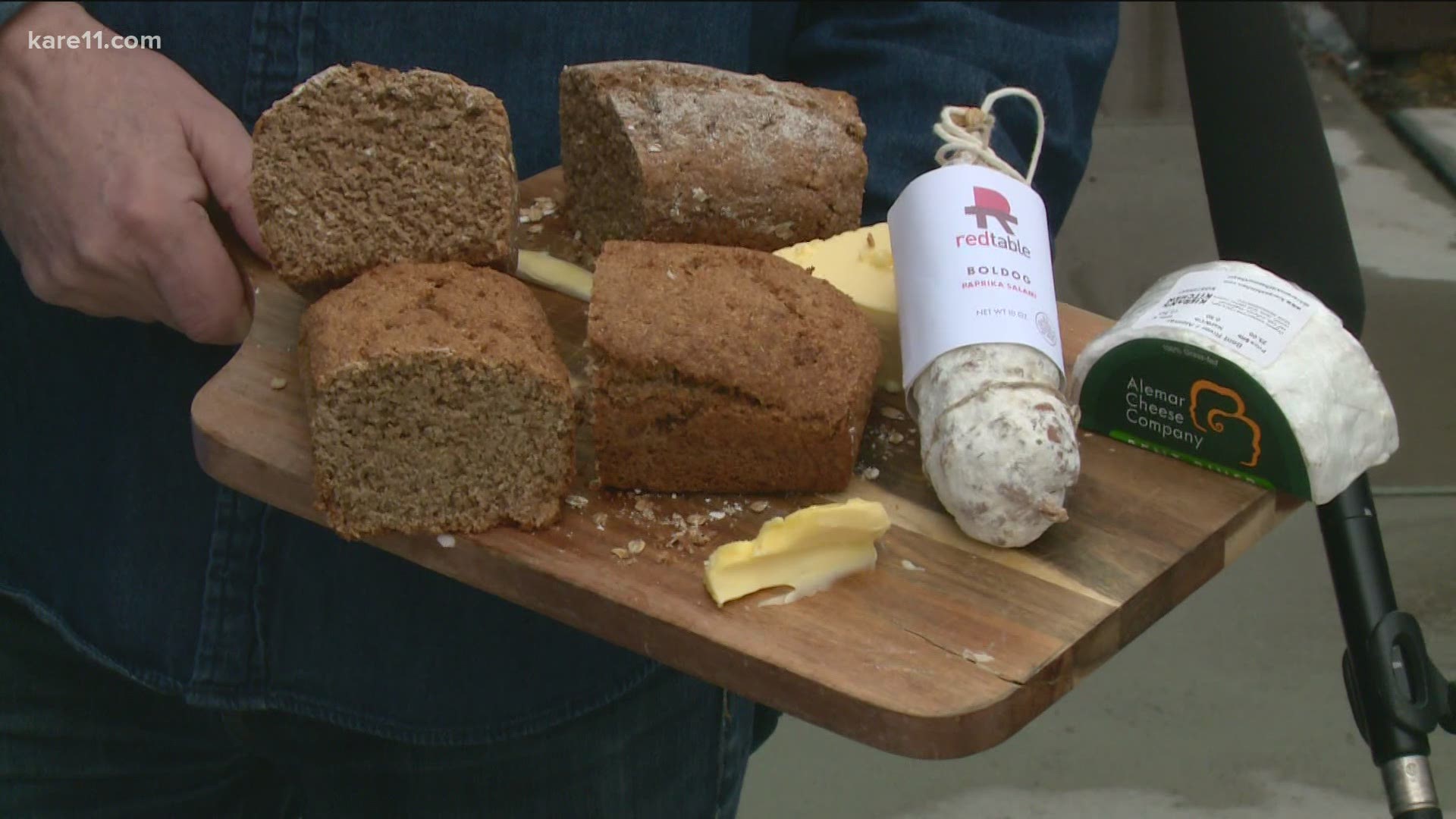 ST PAUL, Minn. — St. Patrick's Day is less than a week away and some traditions are going strong, even during COVID-19.

Twin Cities bakers are creating an Irish treat to raise money for the Irish Fair of Minnesota. They are making two newly-offered Irish soda breads: An Irish brown bread, and a beer bread made with Finnegans Dead Irish Poet Extra Stout.

"It gives it that really rich and chocolatey flavor," said Kieran Folliard.

It's a tradition that brings Folliard, the founder of Food Building in Northeast, back to his childhood.

"I grew up in a rural community in the west of Ireland and my mother baked brown bread every Monday, Wednesday and Friday," he said.

The breads are from Baker's Field Flour & Bread, which is located inside the Food Building and at several locations throughout the Twin Cities. The loaves are made with buttermilk and stone mill grain from Minnesota and are for sale at Kieran's Kitchen and Irish On Grand in St. Paul.

It's about supporting each other in these times, Folliard said.

"At the end of the day, the heart and the core of the idea is to bring people together and to show support for each other and to also have a little bit of fun with it and obviously good taste as well," he said.

The loaves each sell for $6. Two of those dollars go toward the Irish Fair, scheduled to take place in August this year. You can snag a loaf between now and March 21st.