Reflecting on the first small gathering in 1985, one Minneapolis woman is glad more people have joined in the celebration. 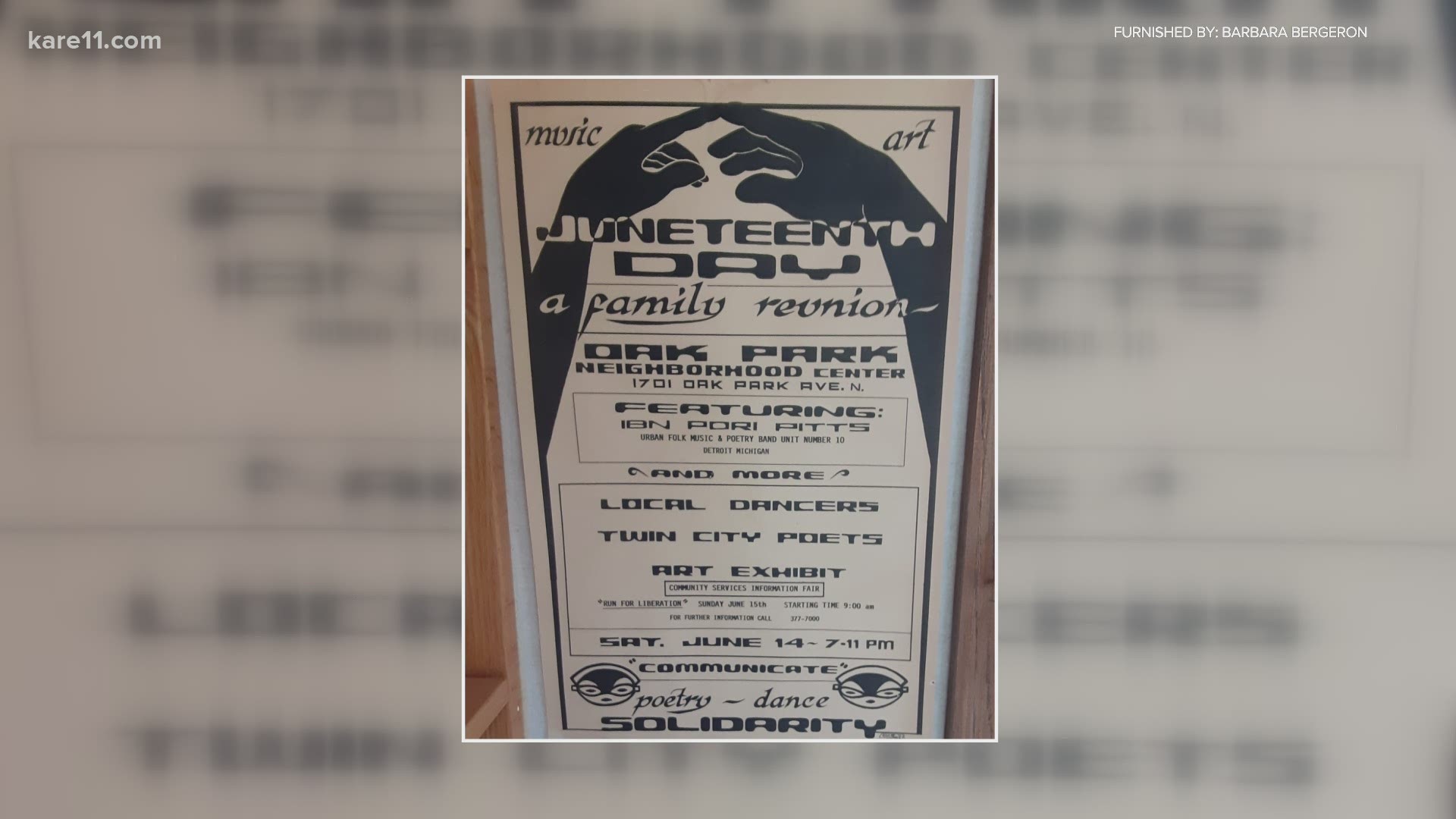 MINNEAPOLIS — The year was 1985. Barbara Bergeron said that was the year she and a few others held what they believe was the first Juneteenth celebration in Minneapolis.

Bergeron said she volunteered for 11 years after that, watching the celebration transform from its beginnings as a small gathering in the Oak Park neighborhood for more than 5 years to full-blown, all-day events at Theodore Wirth Park. She still holds on to some of the old fliers and mission statements from then.

"So many people I knew had never even heard of Juneteenth and so I was able to tell other people about it and bring other people to the celebration so that they would understand more about it," Bergeron said.

On June 19, 1865, slaves were declared free in Texas after the civil war. This was after the Emancipation Proclamation was formerly issued in 1863.

RELATED: What is Juneteenth? Marking the end of slavery in America

Jordan says there’s a list of what he calls freedom laws or events that happened in our country’s history on the 19th of June. The list from the National Juneteenth Observance Foundation, which is trying to make Juneteenth a National Day of Observance, covers historic moments from 1862 to 1968.

It proves there’s a lot to remember and celebrate on this day, especially with people you love.

"When you think about it the fact that a lot of these slaves are that point in time were separated from families, so once you found out that you were free, some of the slaves kind of found their families again," Jordan said.

You can find more information about that and if there are any socially distanced Juneteenth events happening locally, by going to the Juneteenth Speaks Facebook page.

RELATED: These companies are giving their employees time off for Juneteenth