Parents, we tested all the toys for you

KARE 11 teamed up with Minnesota Parent magazine this year to have real kids put 150 toys through the ringer. Here's what they found. 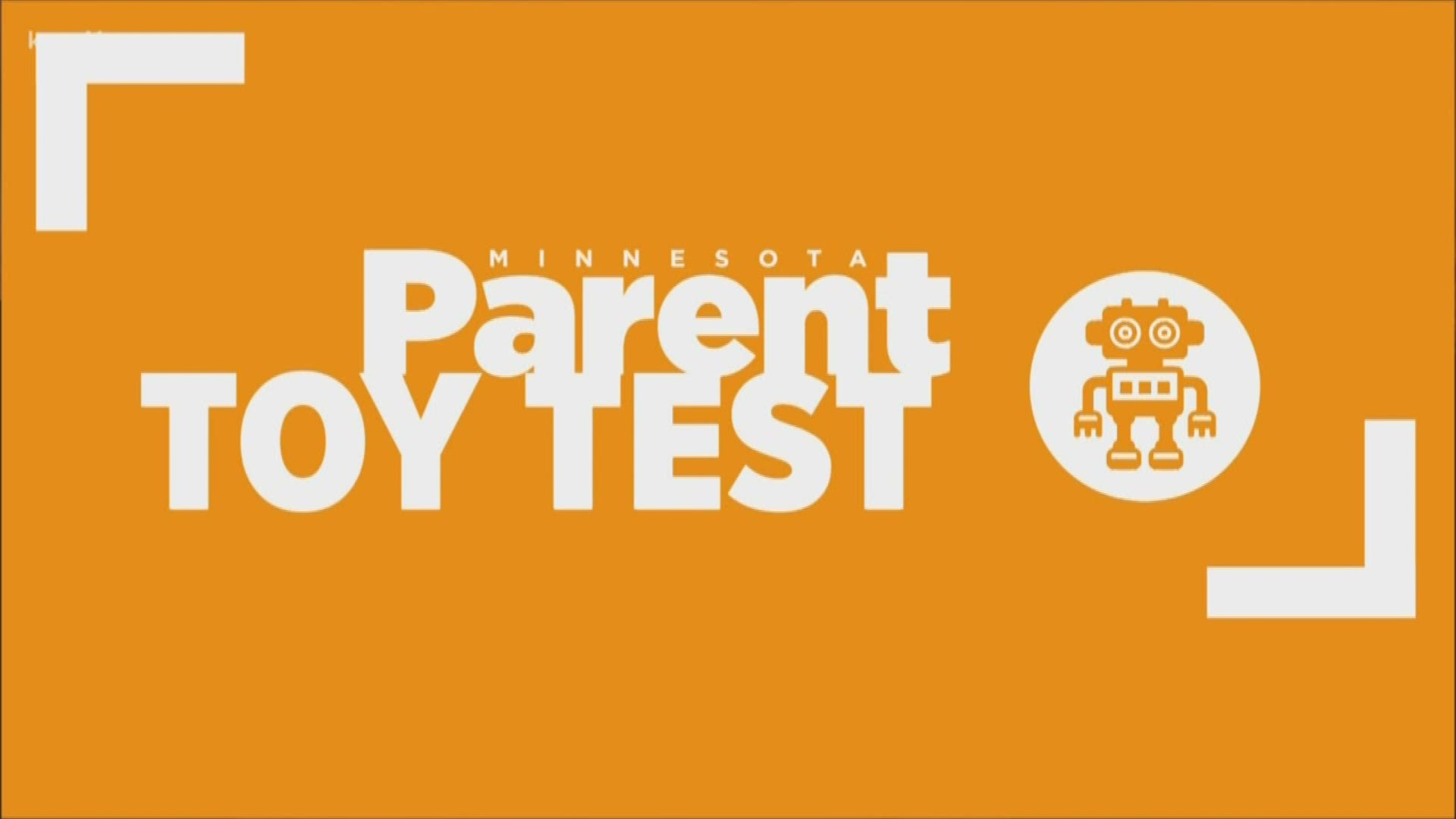 But this year, don’t waste your time waiting in line at the store, guessing what your kid wants!

KARE 11 teamed up with Minnesota Parent Magazine for its 10th Annual Toy Test. Gathered at KARE 11's Golden Valley studios, 28 kids put 150 toys through the wringer. The kids were ages 6 months to 11 years, and they were joined by 17 parents and grandparents.

We got it all on camera - and we're going to show you how those toys performed with our very harsh critics!

The magnetic blocks seem to be a kid magnet for those 1 and up during the toy test. The overwhelmingly problem according to parents is the steep price-about $150. There were plenty of other options if you don't want to fork out that much money, including the Poke-A-Dot books, Oombeeball and the Whirly Squigz that Minnesota Parent Magazine said is safe for those who are teething!

Anything on wheels was pretty popular among the toddlers. The shiny orange Primo scooter was one of the top rides of choice. Another big hit with this group was the Foam Alive Ice Cream. The foam doesn't dry out! The toddlers also like new toys, and twists on new toys.

There was a clear winner among young kids. An inflatable tent that only needs a box fan, and the rest is your imagination. Depending on the brand, it can be anywhere from $20 to $50. The more expensive, the more sturdy.

Got a pre-teen in your home? There are a ton of toys that made the top of their list during the toy test. But one that kept them busy for a while was Gear-Bot. Parents said it was "Endlessly creative, organically instructive."

We also found some local toy stores to help you keep your shopping dollars local, while checking off all the items on your shopping list!

First stop: ABC & Toy Zone in Chanhassen. They shared their Minnesota history, and some tips about which toys re flying off the shelves this season.

Second stop: Kiddywampus in Hopkins. Kiddywampus is just the place to find something for the little ones in your life this holiday season. It’s got plenty of toys and games to choose from, plus one of the most energetic owners our crews have met.

RELATED: KARE 11 Toys for Tots appearance submissions are open for 2019