Man walking 1,000 miles to Minnesota after death of George Floyd 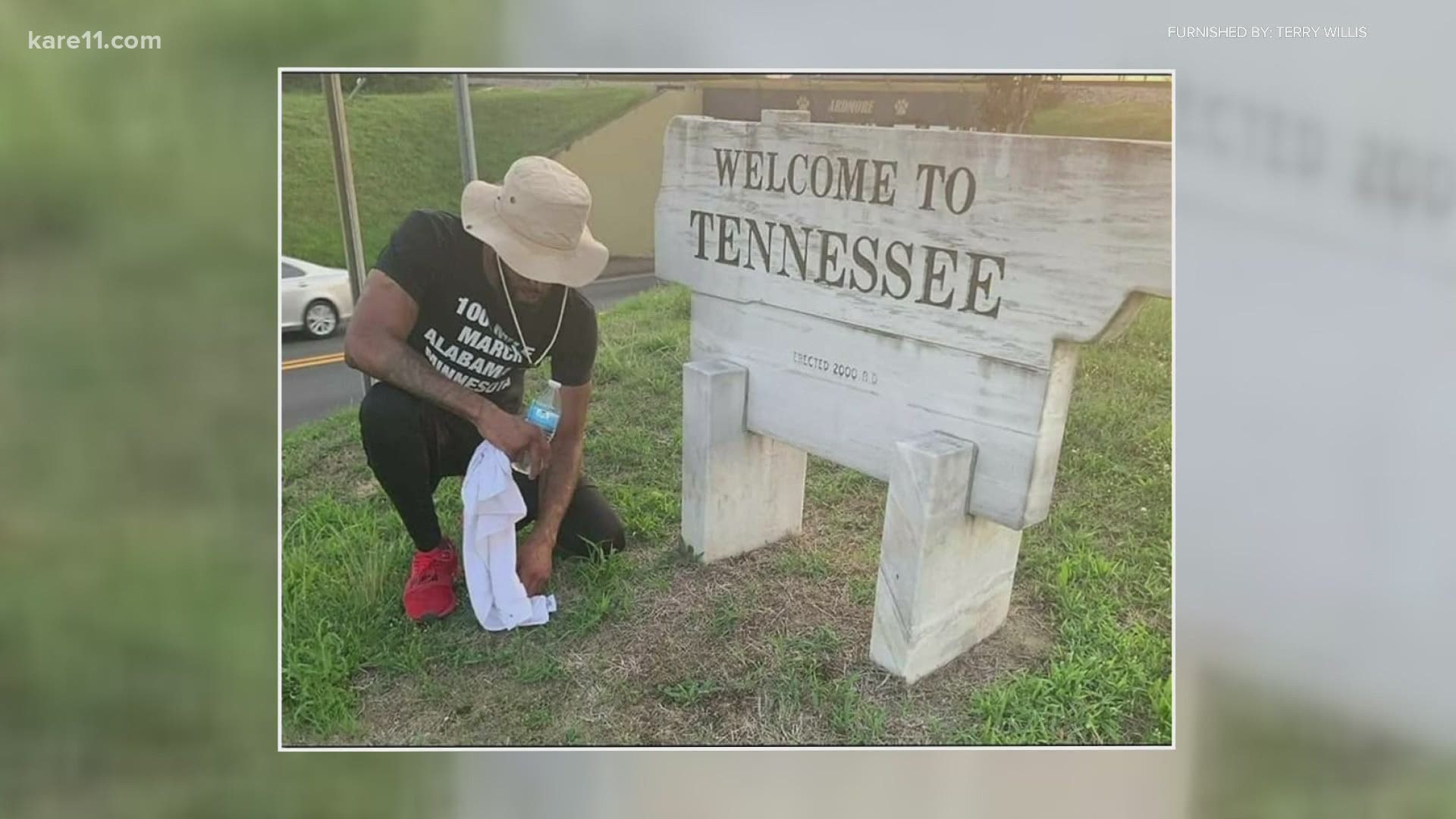 ILLINOIS, USA — Terry Willis is on quite the journey.

"When I walk, I’m at peace and I didn’t know that I was going to be used to inspire others across the country," Terry says.

KARE 11's Bryan Piatt talked to Terry when he was just over 500 miles into the walk, which he started on June 2.

"I’m sending a message along the way. It’s still a silent protest – I walk in silence. I feel like this is what I’m supposed to do. This is my purpose," he says.

Terry says he's calling for change, justice and equality - and hopes that his walk can help us all remember what we have in common.

"We are all human beings," he says. "Just treat me the way you want to be treated. Treat me like your fellow American, because that’s what I am. I’m a human being. Nothing more. Nothing less."

Terry is also raising money along the way and hopes to use it to create a nonprofit aimed at teaching skills to people re-entering society after serving time in jail. So far nearly $29,000 has been raised on the GoFundMe page.

He plans to end his walk July 4th at the spot where George Floyd died in Minneapolis.