From special education student to Ivy League graduate, with a powerful message to kids today

Growing up, Marcus Berg struggled academically until one teacher believed in him. Now on "Their Calling," he's inspiring his own students to believe in themselves. 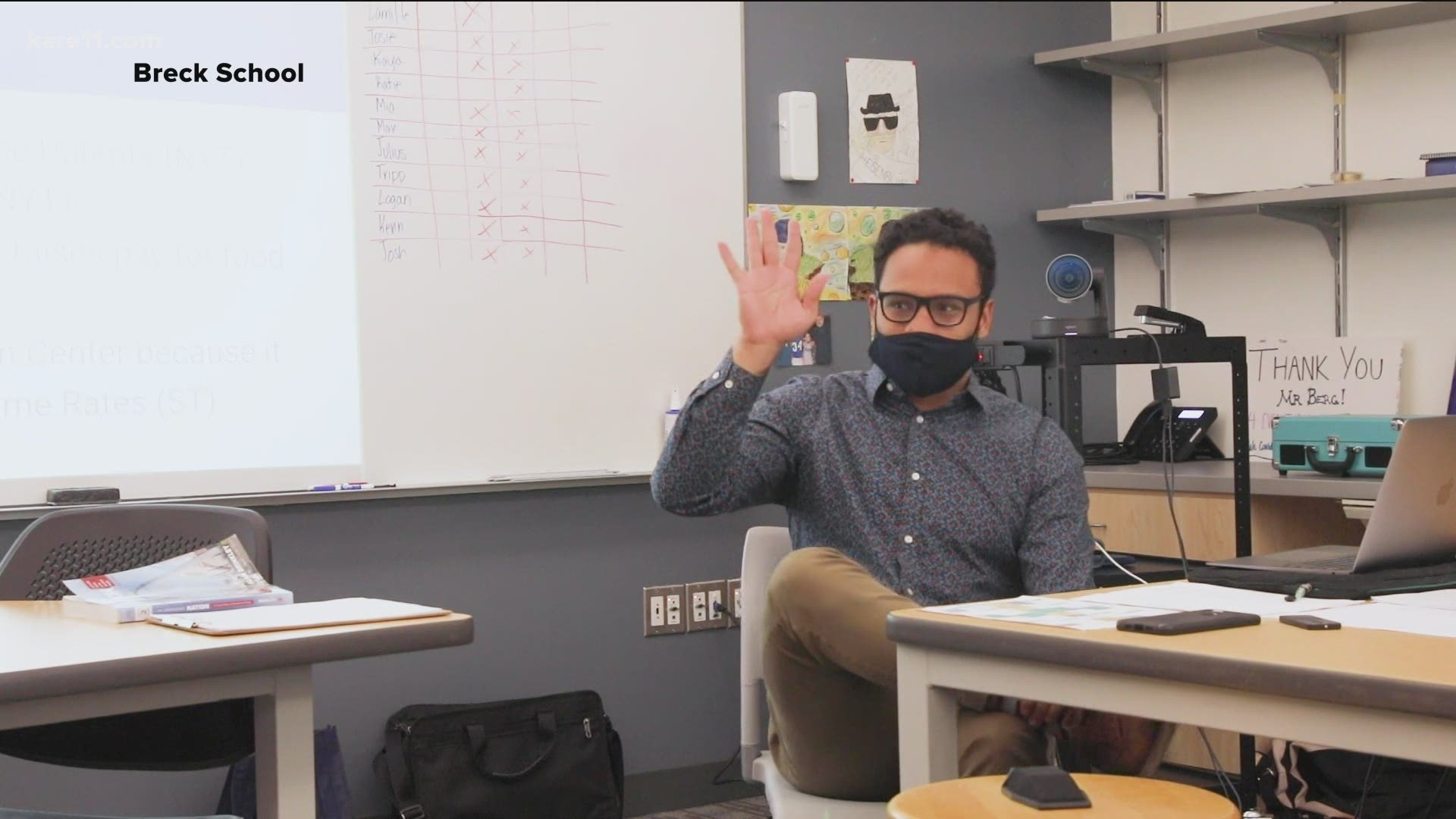 GOLDEN VALLEY, Minn. — During the month of May, KARE 11 Sunrise is partnering with Box Tops for Education and Black Men Teach Twin Cities to celebrate extraordinary teachers who are statistically underrepresented.

This week we head to Breck School, where U.S. and World History teacher Marcus Berg is making history as an educator. According to Black Men Teach Twin Cities, fewer than 1% of Minnesota's roughly 65,000 teachers are Black men.

"Before this, I never had a teacher of color," Berg's student, Andrea Hernandez, said.

Fellow student Cori Thibodeaux says she's had teachers of color before but none of them were Black.

"I think I understand and I connect with him more because he's Black and he knows what I've been through," Thibodeaux said. "He went to a predominantly white institution as well when he was in high school and he understands what it's like to be a person of color across a lot of other white students and I think that's why I've made such a personal connection with him."

Berg's teaching style is also one for the books.

"We feel like we're all able to talk and he makes the environment to where we all feel comfortable talking," Hernandez said. "He's really been able to push me to share my own opinion, which I think is really important because it's different from other people's in my class."

"He isn't necessarily focusing on, you know, 'You need to know this date, you need to know this place,' but rather the whole concept of these different perspectives are what shapes the world we're in today. I think that it really helps us gain an empathy for other people."

Growing up, it would seem unlikely Marcus Berg would become Mr. Berg today.

"I was raised by a single mom and she had addiction issues," Berg said. "That led for me to miss a lot of school and be behind in school so I was around two grade levels behind and then I was placed into special ed."

It was there where he learned to believe in himself.

"I had Ms. Koob," Berg said. "Ms. Koob was an amazing teacher. A lot of teachers before that would say, 'Marcus is a nice kid.' Ms. Koob was the first one that's like, 'He could be more than that.'"

Berg spent several of his grade school years in class with Koob, who has since retired from Minneapolis Public Schools.

"He also helped the other kids too if they didn't understand something," Koob said.

Berg went on to study at Dartmouth College, an Ivy League School. After graduation, he chose to return to Minnesota to make an impact on students the way Koob did on him, whether his students become teachers or not.

"Mr. Berg — we were talking about this a couple weeks ago actually," Thibodeaux said. "I was going to be an English teacher but I decided I want to be in the FBI but I'm still going to study English Lit and maybe after I retire from the FBI I might become an English teacher. I think I have a passion for teaching younger students."

RELATED: Brooklyn Park teacher surprised with $50,000 to pay off his student loans