The John-De Farm was started in 1912, and Mikayla McGee is the first woman to become the general manager. 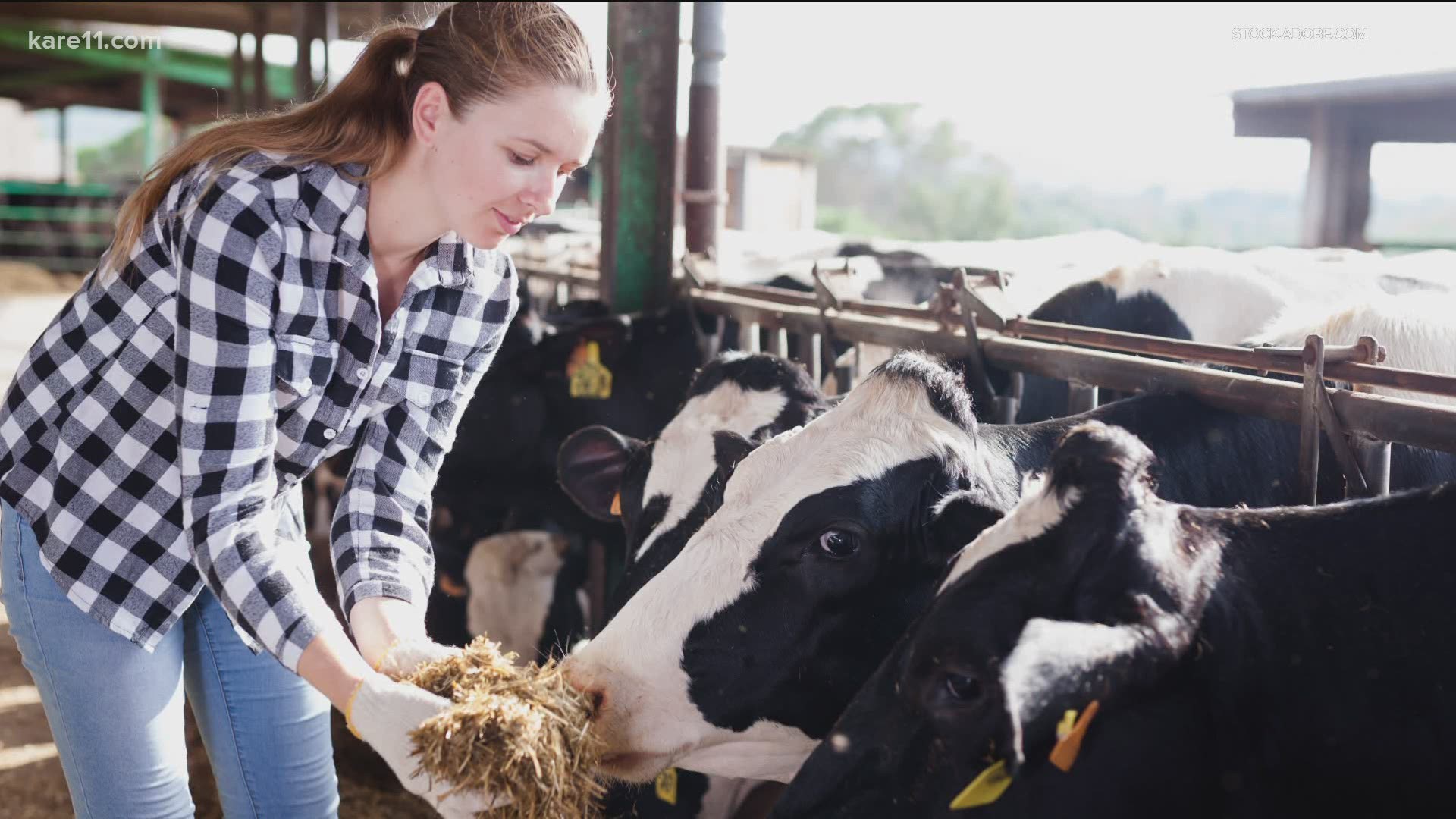 MINNEAPOLIS — There are more female farmers in the U.S. right now than at any other time. June is National Dairy Month, so we decided to visit America’s Dairyland to meet a woman leaving her mark on the industry.

Mikayla McGee is the General Manager of John-De Farm and has a lifetime of agriculture experience. She grew up on the farm in Baldwin, Wisconsin surrounded by her immediate family, grandparents and great-grandparents. “Our farm was actually started in 1912, so I’m the fifth generation to carry it on,” McGee said.

Farming is a family tradition, and after high-school Mikayla furthered her agriculture knowledge going to school for dairy science. Now she oversees the entire operation at John-De Farm. She is part of the growing number of women leading agriculture operations.

“I think a lot of the cookie cutter stereotypes about women maybe have changed. You know whether it was just bringing dinner to the field or getting parts," she said. "Those are all really important things, but I do think now that there are a lot more women in the driver’s seat of a lot of farms.”

The latest census of agriculture shows 36% of U.S. farmers are women and 56% of all farms have at least one female decision maker. John-De milks 1,350 cows, each of those produces around 11 gallons of milk per day, which equals 90 pounds. McGee said “You’re feeding the community and we’re part of the 2% that feeds 100% of the people. To me, that’s a pretty big deal.”

It also explains the mountains of feed kept on the farm. The majority is by-product, stuff humans can’t eat, so in a way the cows are natural recyclers. Mikayla says each cow is unique and they definitely have personalities. They’re very curious, nosy animals that don’t like change, which means they like getting milked three times a day at roughly the same time. After that they return to the pen to do what they love: eat, chew their cud, and lay down.

The care shown for the animals is reflected in the farm's core values of cow comfort, quality, and sustainable practices. Mikayla and the 25 employees do their part to make sure the cows are living their best life.