A plan to replace the Minneapolis Police Department is not yet laid out, but council member Ellison says some actions will happen within "the next couple of weeks." 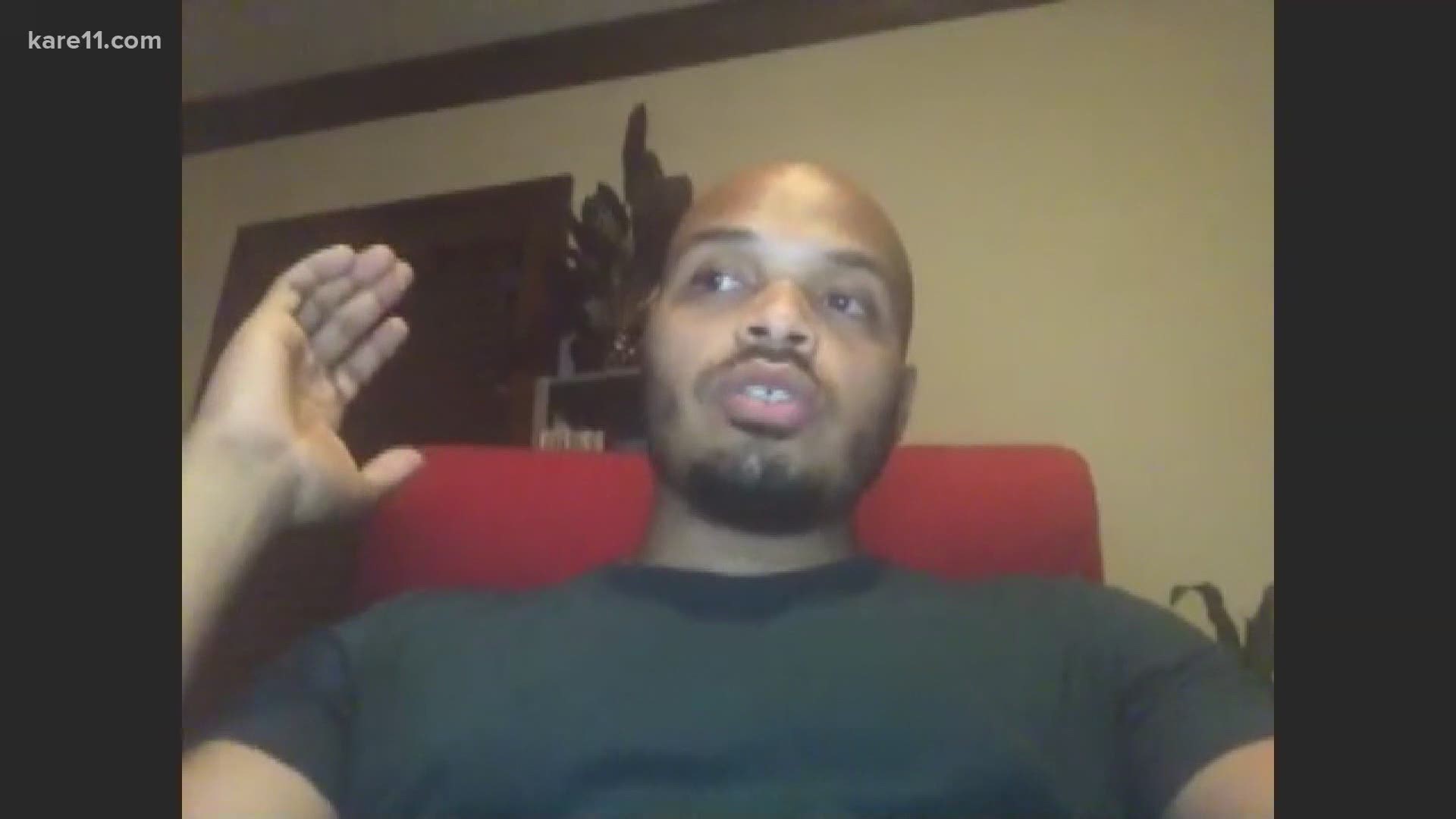 MINNEAPOLIS — Thousands of people gathered at Powderhorn Park Sunday afternoon, where spelled in bold letters across a stage was the message "DEFUND POLICE."

It was hard to miss, and the message was clear.

Nine of the 13 Minneapolis City Council members agree. At the south Minneapolis park, a veto-proof majority made up by Lisa Bender, Alondra Cano, Phillipe Cunningham, Jeremiah Ellison, Steve Fletcher, Cam Gordon, Andrea Jenkins, and Jeremy Schroeder announced they're planning to disband the police department. Supporters want the millions of dollars going into the Minneapolis Police Department to go into the community instead.

Later that night Ellison talked to KARE 11's Chris Hrapsky about how this would work.

"We have to start that discussion somehow," Ellison said. "Today was the beginning of that discussion. We’re obviously not going to hit the eject button without a plan. But if we had come forward with some plan that we had drafted in the last 10 days, I think that the community would have universally rejected that. And so today was about us letting everyone know this is our intention, these are the reasons why."

"Defunding MPD, by the time we’re ready to do that, we will have a fully formed new public safety strategy in place," Ellison said. "There are things that we're going to have to do in the next couple of weeks and months, right? We've got the budget coming up. We've got this huge budget shortfall because of coronavirus. We also have other public safety strategies that are not the police that we've sort of failed to fund but they do work. Those are things that we can kind of get putting our resources behind right away. But you're right. The work of creating a whole new safety apparatus is going to take some time."

In the meantime, Ellison says council will seek community input.

"We want to engage in a year-long process to talk with community members about how we are going to keep Minneapolis safe," he said.

RELATED: When protesters cry 'defund the police,' what does it mean?

Mayor Jacob Frey said he favors reforming the police department but does not supporting abolishing it. He says he will work with Chief Medaria Arradondo on developing deep structural reform.

As of Monday morning, the Minneapolis Police Department has not provided a response to KARE 11 requests for comment.