In March, KARE told you about a Minneapolis firefighter who is climbing for a good cause. Here's Scott Coffey's latest update from Everest Base Camp. 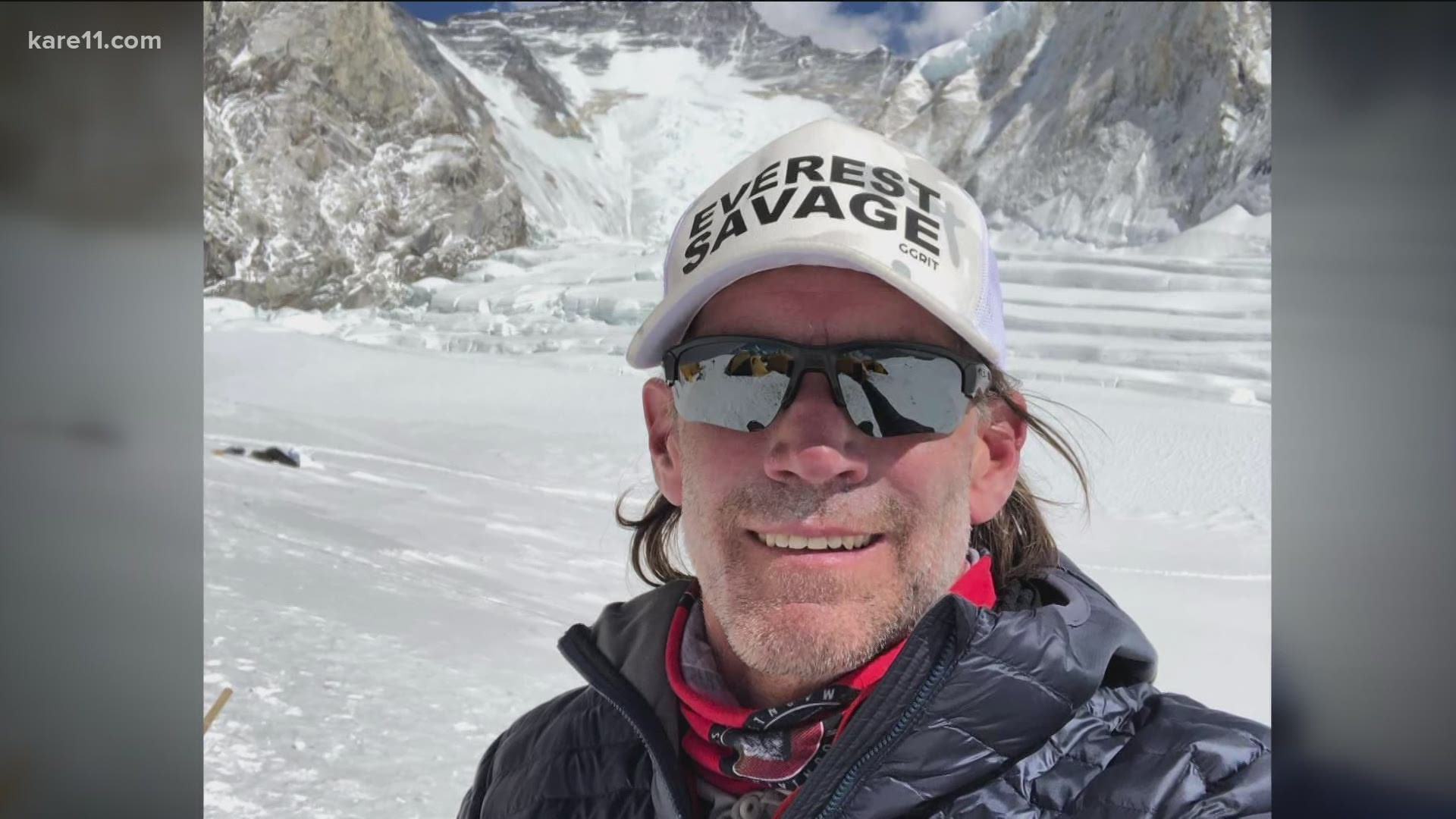 MINNEAPOLIS, Minnesota — Back in March, KARE 11's Alicia Lewis told you about a Minneapolis firefighter who is climbing Mount Everest to raise money for the Firefighters for Healing foundation.

She was able to connect with Scott Coffey once again, this time from the Mt. Everest Base Camp.

Here's a quick recap about our adventurous firefighter Scott:

He's an avid climber and has been climbing mountains around the world from Aconcagua in South America to Mount Kilimanjaro in Africa.

His next challenge, at more than 29,000 feet, is to climb Mount Everest to raise money for the nonprofit Firefighters for Healing, which helps burn survivors and their families here in the Twin Cities.

After months of training, Scott tells me, he'll begin to summit Everest any day now!

"We're waiting at base camp and resting and basically it depends on the weather at this point. They get really sophisticated weather forecasts and it takes five days to get up there, so you need a good window and that looks like that will be probably the end of next week when we start up," said Scott.

Scott says he is not nervous but a bit anxious to get started.

Climbers have to hang out at base camp for about a month when they arrive to acclimate to the elevation, but now it's go time.

The base camp on the Nepalese side of Everest has been hit by coronavirus cases since late April.

When we asked Scott how COVID is being handled on the mountain he said people with COVID have been sent down from base camp to isolate. His climbing group has been tested and everyone there remains in a tight bubble.