The U of M football team takes on South Dakota State Thursday at 8 p.m. 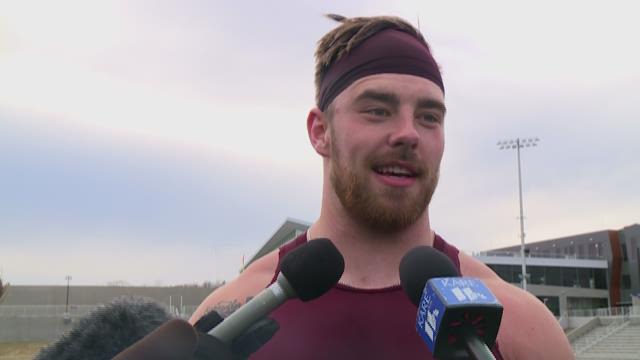 The team, fans, and students have a lot to be excited about this year.

This season, on game days Gate A will open two hours before kickoff so fans can get discounted foods and drinks. The stadium has a bunch of new food items to try, like the Cheese Curd Burger, edible cookie dough, and burrito bowls.

RELATED: Should beer and wine be sold at Gopher games?

The team says that throughout football season, they'll have more events for fans. For the tech-savy Gophers out there, you can now get tickets digitally.

After a strong finish last season, fans are excited to see maroon and gold back on the field.

"Finishing the season strong with wins over Wisconsin, and winning the bowl game against Georgia Tech, it's exciting and I think to see the positivity, to see the continued growth, is exactly what we expected and what Coach Fleck has said from day one," said Mike Wierzbick with the University of Minnesota.

"We're really excited for the season, we know they'll put up a great product on the field."

Tickets are still available for Thursday's game. Tailgating begins at 2 p.m. and kickoff is at 8 p.m.