How are the orchards faring during Minnesota's dry summer?

Guy Brown went to the source and picked up some info on this year's apple crop. 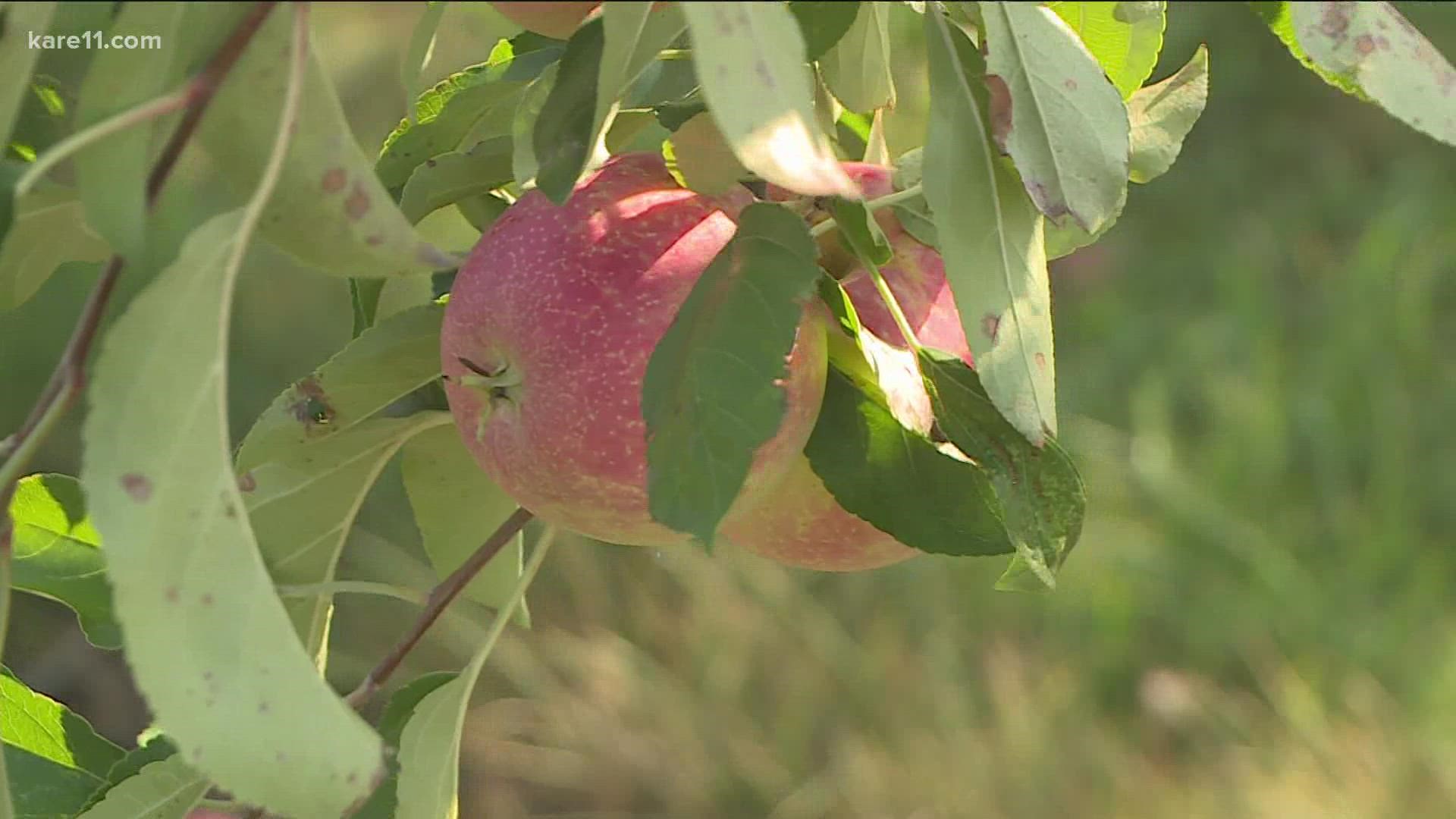 WATERTOWN, Minn. — This summer's lack of rain is packing a punch on Minnesota's vegetation and stressing out lawns, flowers, and trees in the state's orchards.

At Luce Line Orchard in Watertown, Minnesota, owners Terry and Rick Traen are seeing the effects of the drought firsthand.

"Some of the apple trees are dropping apples, some of them look really good and are loaded with apples, and some of them have none," Terry said.

While some of their apples are smaller this year, the Traens are already looking ahead to winter, and what the dry weather will do to their trees in the long run.

"It's kind of eerie because the grass and the trees look green but underneath, there's no moisture," said Terry. "It's real dry, the soil."

And underground, around the roots of the trees, is where that moisture is needed the most.

Terry said the Traen's haven't seen this kind of water shortage since the family bought the orchard in 2004. She says the last drought they remember was in 1988, and didn't feel like it lasted as long as this year's dry spell.

But times have changed since then, and Mike Dekarski from Apple Jack Orchards in Delano says the apple industry has grown alongside its trees.

"We got used to this drought thing back in 1988, we didn't have irrigation then and we lost about a third of our trees," he said. "So we put an irrigation, our whole orchard is with drip irrigation so our crop is fine."

Drought or no drought, both orchards say folks are welcome to pick apples and have a good time, keeping a classic Minnesota fall tradition alive.