Arm in Arm in Africa, a non-profit, paid for five coronavirus testing booths for hospitals serving township communities in the Cape Town area. 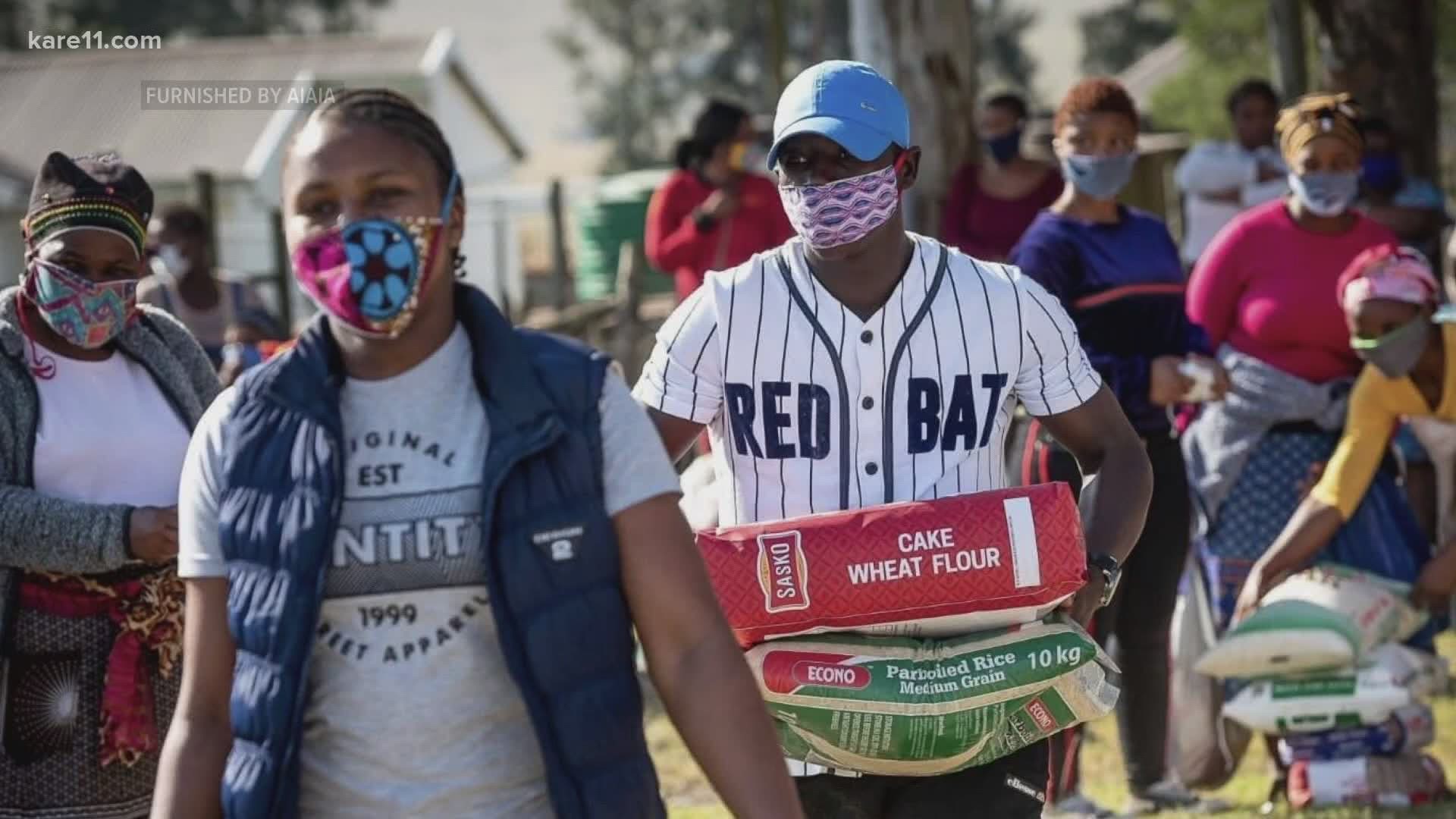 CAPE TOWN, South Africa — From first timers to co-founders, every year, a group of Minnesotans travels to South Africa through a non-profit called Arm in Arm in Africa.

"I've gone 21 times in 20 years," said Pat Murphy, the organization's executive vice president. "We heard a sermon at church, got on a plane the next month, and it was just baptism by fire."

One of their many projects involves distributing locally grown food to some of the country's poorest areas. And just as they were returning from this year's three-week trip, in March, their mission was forced to expand.

"Our biggest problem was we could not distribute the food during this COVID," Murphy said. "They had no masks. They had no sanitizers."

Zethu Xapile is a Deputy Director for Primary Health Care. She's one of the most important health care leaders in the Cape Town area's township communities, according to volunteer Darryl Savage, who was on Arm in Arm in Africa's two most recent trips.

"The socio-economic status in the part of our Western Cape is very bad," Xapile said. "Testing those people and screening them ... it's way too expensive."

Fortunately, Arm in Arm in Africa has covered the cost of five COVID-19 testing booths for hospitals in communities the organization already serves.

The booths, which are about the size of an old telephone booth, may be unique to the United States, but they're common in South Africa, Murphy said. Each booth is equipped with a pair of rubber gloves, which protrude out of a glass wall so that health care workers can swab patients on the other side.

As of Memorial Day, 12,353 tests were completed in the areas where the booths were installed, Xapile said, 2,354 of which were positive. 110 people have died.

"Getting these testing booths has actually assisted us because you don't have to use a lot of protective clothing," Xapile said.

Still, other problems remain, including lack of social distancing, which contributes to the spread of the virus. Xapile says she spoke with a grandmother who shares a two-bedroom home with as many as 30 people.

"The social distancing that we are talking about, it's well and good to talk about but when we become practical, it just goes out through the window," Xapile said.

Other issues she described were similar to what we've experienced here. Health care workers testing positive. Hospitals reaching capacity. Labs not keeping up with the number of tests received.

But there's hope in working with Arm in Arm.

"They might be in America and we might be in South Africa but we have the common cause," Xapile said. "Making a difference in the lives of the people that need us."

Murphy and Xapile go way back to when Murphy was one of just a few Americans who traveled to South Africa to learn about the HIV epidemic. They quickly learned people's needs were broad.

"Oh Zethu, you couldn't say it better," Murphy said, wiping away tears. "Know that we are  always here for you and nothing is going to stop us. You are our family."

More than 300 Minnesotans have volunteered with the organization since 2000. Participants pay for their own airfare.

"Arm in Arm in Africa has become our brothers, our sisters," Xapile said.

Just this week, Arm in Arm in Africa distributed 220 food parcels. The organization also covered the cost of masks for people distributing food to wear. Without the masks, food distribution would not have happened. The organization plans to host a virtual fundraiser to support projects in health care, food distribution, and education on July 18, which is International Nelson Mandela Day. It will be streamed at 12 p.m. CST on YouTube and Facebook. That's 7 p.m. South Africa Standard Time.