Andrew Tang is 19-years-old and he is Minnesota’s first homegrown chess grandmaster. 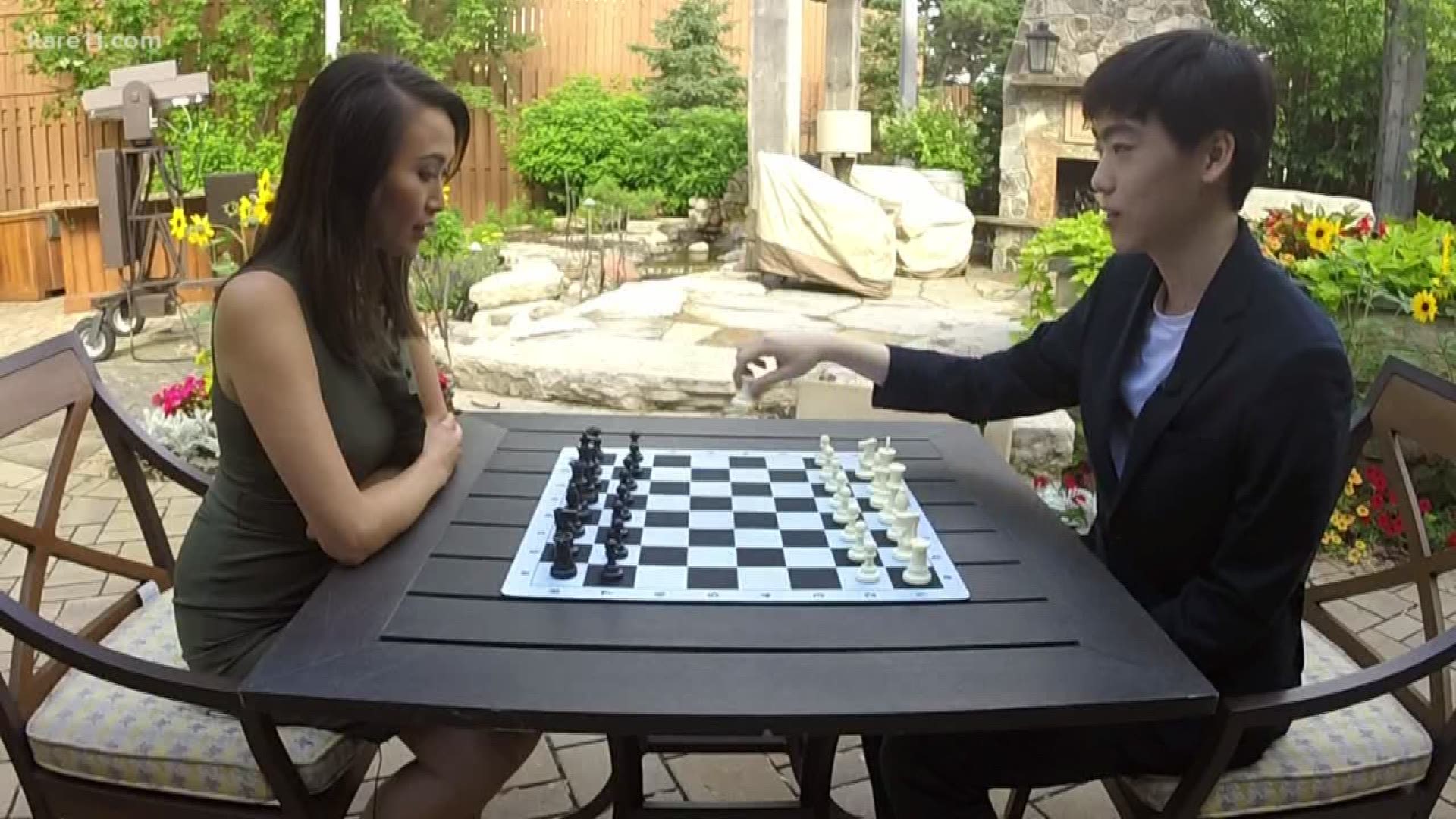 PLYMOUTH, Minn. — A Plymouth teen is really good at chess.  In fact, he’s playing at the U.S. Junior’s Championship Wednesday in Missouri.

Andrew Tang is 19-years-old and he is Minnesota’s first homegrown chess grandmaster.

“There are a couple of other grandmasters who have moved here, but they were already grand masters before they came to Minnesota,” Tang said.

“There was a class at my preschool and I saw other kids playing and I wanted to play, too, so I asked my mom to sign me up,” Tang said.  “I think as a kid just the pieces really interested me and I like to play games too so I just thought it’d be fun,” he said.

Tang has played against the best. He said he lost to the world champion last year in an “over the board” game. Tang said that match took hours, but when it comes to online games it could take just seconds to checkmate.  He said the fastest game he’s ever won took just was 15 seconds.

Tang said he loves the one-on-one competition if chess. He also likes that it’s a game of perfect information, logical thinking and calculation.

“I get nervous when the stakes are high, for sure,” Tang said.

Tang said he plans to go to college to study mathematics.