The Mother Baby Center gets a new look 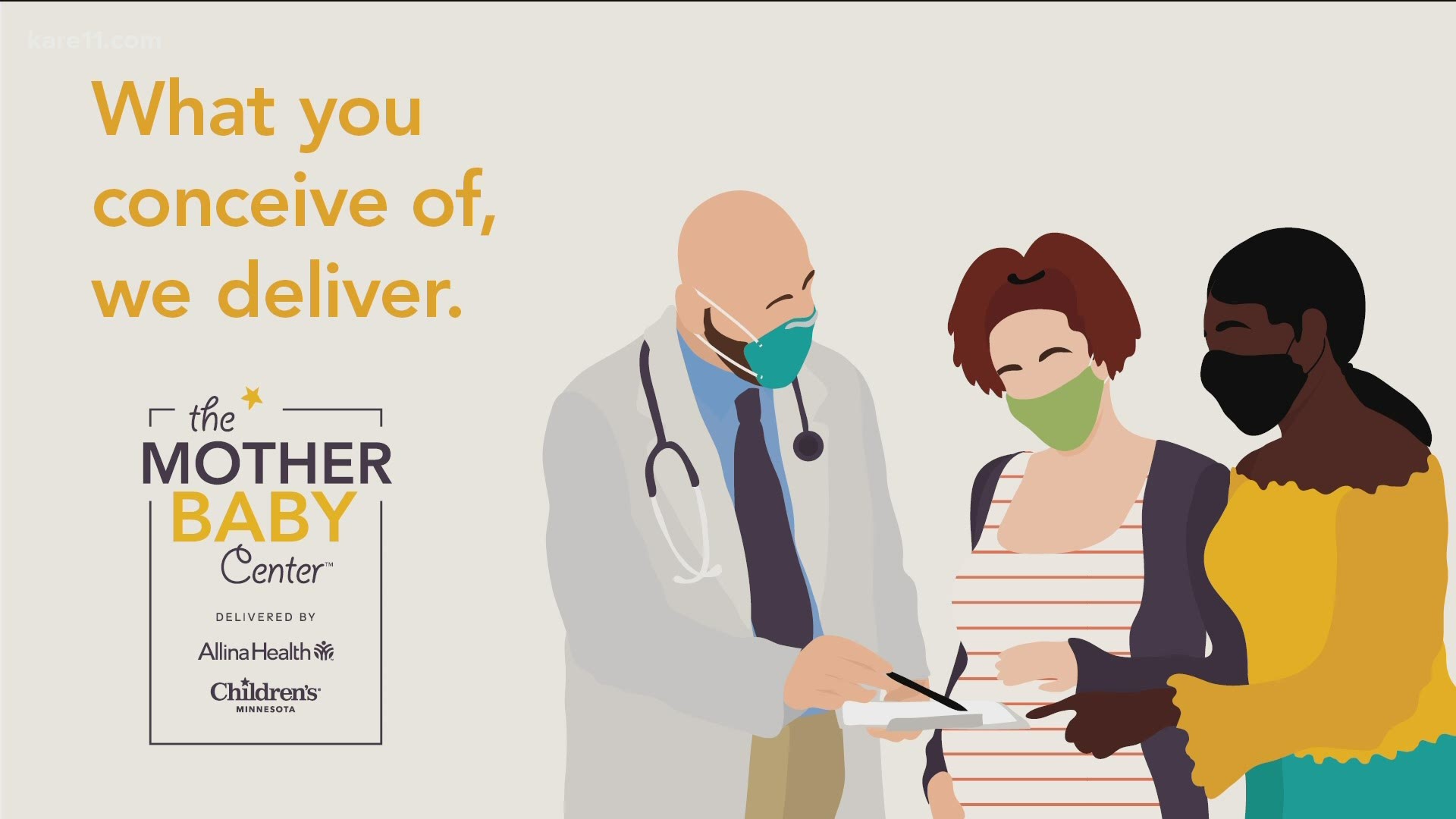 MINNEAPOLIS — When newborn babies need a higher level of pediatric and neonatal care, they're sometimes separated from their mothers. The Mother Baby Center was designed to care for both under one roof.

And the roof just got a little TLC of its own.

Like scenes from a storybook, illustrations of diverse families in delivery rooms and homes now represent the Mother Baby Center. Freelance illustrator Kprecia Ambers created them all.

"It's simplistic but it's relatable," Ambers said. "I just love being a part of a project where a company is working to be more representative."

It's not that diversity was absent before. Dr. Lisa Saul, president of the Mother Baby Clinical Service Line for Allina Health, says the walls and website were previously adorned with photos of newborn babies.

"We had... a multitude of different ethnicities," Saul said. "The shift from real-life photography to the art allows us to be more nimble in the ways we depict the patients that we're serving and it was important for us, this time, to show family."

"I like the delivery scene where it's a water birth because it was so difficult," Ambers said. "It was so difficult trying to figure out the angles and where to put people so when I finally got to the end I was so proud."

The project took about six months to complete and it was during a difficult year.

"When George Floyd died or was murdered, killed, it was a lot to process on top of just dealing with the pandemic and my own personal losses in my family," Ambers said.

Still, the project was right up her alley.

"My focus is pushing good energy into the world," she said. "It was very challenging but very rewarding in the end."

The first Mother Baby Center opened eight years ago and now has locations in Coon Rapids, Minneapolis, and St. Paul. The centers are a partnership with Children's Minnesota and Allina Health.

RELATED: Two things that might be making your kid's tantrums worse