Are your kids glued to their phones for 'fear of missing out'? 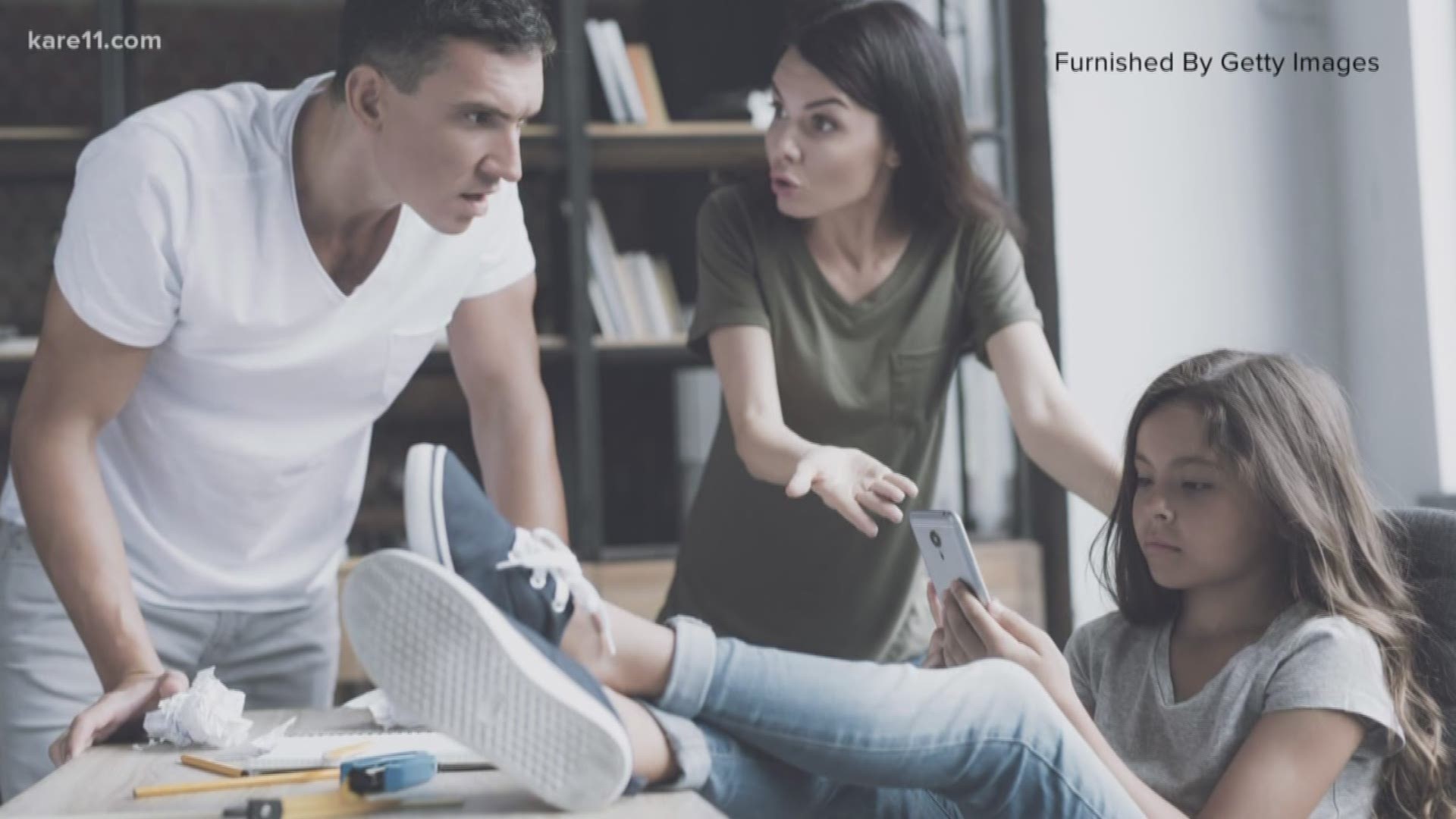 Remember passing notes to your friends in school? You didn't expect an instant reply.

For kids today, it's a completely different story.

Digital platforms and social media sites like Snapchat replaced folded pieces of paper. In some cases, breaking a 'snap streak' sets off a spiral of social implications.

Megan Meuli, a mom of two, is facing a new world of parenting challenges because of social media.

"I just overall think that parenting feels like it's a lot more vigilant of an activity than it used to be," she says.

The added pressures of social media impact kids and teens in a way that many parents can't understand, because they didn't have the same technology when they were young.

"We have parents attempting to parent a situation that they themselves did not grow up with," said Allison Peterson, a licensed psychologist with Mindful Families in Edina.

To help, Peterson developed a social media workshop for families.

She helps parents and kids constructively talk about anxieties and triggers from social media, and how to add structure and limits.

"There's this real FOMO, fear of missing out. So if I get a notification, I better see what's going on," says Peterson. "Kids have a lot of anxiety about, 'if I don't respond, my friends are going to think that I don't like them.'"

Instagram noticed the pressure too. The site is working on a feature that would hide the number of "likes" a post gets.

According to a report on mashable.com, posts would list a few users who hit the like button, but then add "and others" instead of showing the exact number of likes.

Until change happens, parents just talking to their kids could make all the difference.

Peterson also recommends that parents set up a docking station in the house where everyone puts their cell phone at night.