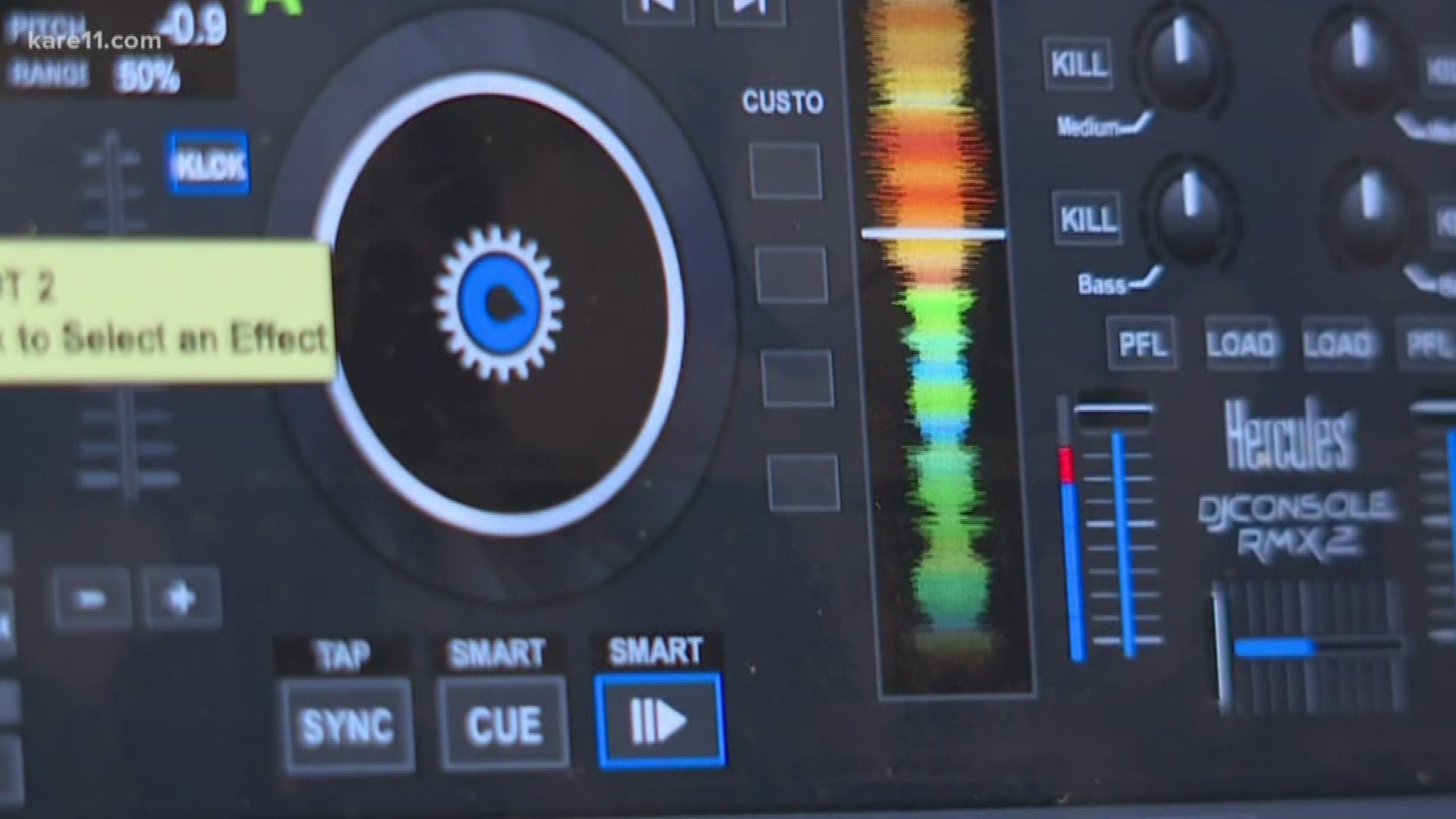 Keem Anderson and Eshia Taylor are doing just that through their commitment to teaching teens both music and life skills.

Last fall they added music production to a long list of teen and family programming at the Zanewood Recreation Center. They did so by opening a state-of-the-art recording studio there, with the city of Brooklyn Park picking up the tab.

"Thank my grandma about that," Neal said. "My grandma [has] the same voice."

But the songs the budding musicians create aren't always merry and bright.

"Growing up, being a young black male, it's a lot you've got to go through," Neal said. "Before I was making music, I was always into something and like music was a way to stop me from like getting in trouble. Like hanging around with the wrong people."

"I grew up in the inner-city streets of Chicago," Taylor said. "Back then, in the '70s, the responsibility of carrying yourself in the streets, whether it is just to go to the store, you just kind of had to put on your armor suit. You don't know what's going to happen."

Today she draws from her upbringing and her experiences working with youth in Georgia to help teens here in Minnesota.

"I tell them write it down," Taylor said. "Turn it into a song, turn it into poetry, and then when you're done you can either burn it or if you want to record it we can record it."

Neal, who is also a solid drummer, says the studio has changed the way he approaches music.

"I actually learned how to start and finish a song and how to put my feelings into a song," the 17-year-old said.

One such song is called Dream. Here are some of the lyrics:

"I want to go away and be left in peace. I can't do this anymore. I'm begging help me, please. Dodging bullets, fighting crimes, it wasn't meant for me. Making music, getting money was my favorite dream."

Studio time is available to teens at the rec center after school, but there is a condition attached to using it.

"There is a larger teen center that's here," said Anderson AKA Koo Keem of Empire X Music. "They know that, hey, this is a thing that I want to do. So if I act crazy out here, there's no way they're gonna let me in the studio."

The policy has led to improvement in behaviors and attitudes.

"We've seen a lot of growth here," Taylor said. "The kids [are] becoming comfortable with taking accountability for things and they are learning to follow the rules and accept the discipline."