Nur-D said in the most harrowing moments during the unrest following George Floyd's death, he asked himself if he had said all he wanted to say as a musician. 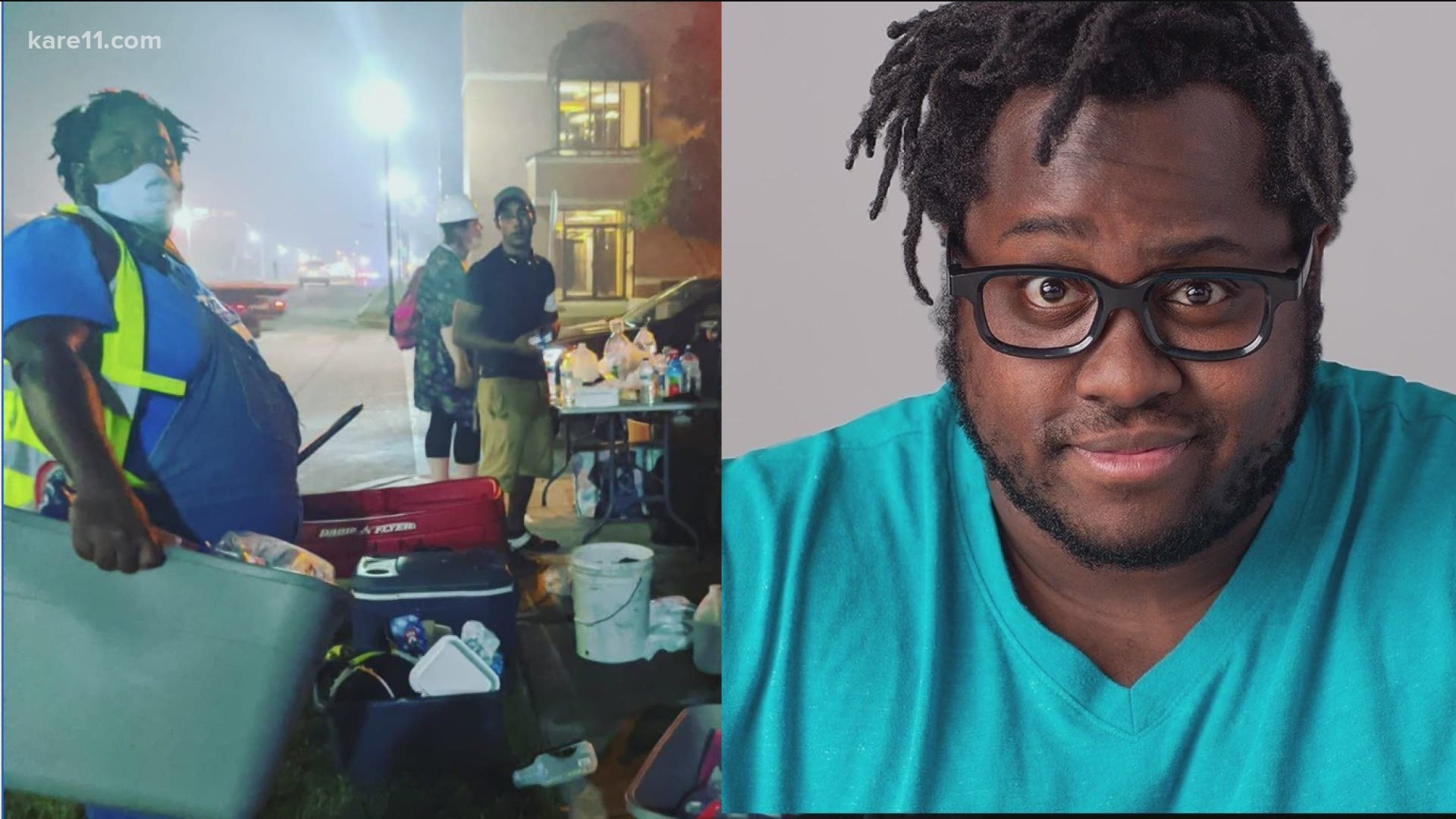 MINNEAPOLIS — Twin Cities hip hop artist Nur-D takes some time to chat about his 2020. It was a year that produced extreme heartache and also warmth that culminated in life-changing new music for the musician.

Nur-D, whose real name is Matt Allen, said early on in the pandemic, he found all of his shows canceled. He said he had quit his full-time job a couple of months prior to focus on music full-time. Nur-D began trying to collect funds for struggling artists and was able to help offer some artists something as simple as gas money.

On top of all that, Nur-D also said because of COVID-19, he and his fiancé postponed their wedding in April.

Then May 25th happened. George Floyd was killed by police at 38th and Chicago Avenue in Minneapolis and protests erupted.

Nur-D said he put music on pause to help those demanding justice in the streets. He helped create Justice Frontline Aid.

"We were providing people with water and first aid and safety," he said.  "We were helping protect them from like all sorts of threats, both the Minneapolis Police Department and outside forces," he said.

Nur-D identifies as a Black man. He was born in Bronx, New York but moved to Minnesota when he was young. He's lived here since.

"It was the middle of an uprising and I was being uniquely affected," Nur-D said. "I was shot at, I was shot, I was running around, I was beaten, I was gassed," he said. "All the things that could’ve happened, it happened," Nur-D said.

"I thought to myself, 'That could’ve been the end of me as a musician and did I say everything that I wanted to say?'"

Turns out, he hadn’t. Some of what he still had to say went into his album "38th" with tracks like 8:46, Burn It Down, or Misdemeanor. He said Misdemeanor was a song he wrote for the moment he said he was arrested at the state capitol for sitting on the lawn with friends.

"I realized as I was getting zip tied and put on my knees in the capitol I said to myself, 'You know, I don’t really have a choice at this point,'" Nur-D said.

"It was the raw, unfiltered, powerful, anger and desire for retribution and in some cases vengeance," he said.

But Nur-D had more to say. He said in his anger and grief, he knew that couldn't be the entire story. He released the second half of the album "Chicago Avenue" at the start of Kwanzaa in December, a celebration of African-American heritage and culture.

"'Chicago Avenue' was really a testament to Black excellence, Black self-love, Black power, hope, community and just like the change we hope to see," Nur-D said.

"It was like taking a deep breath," he said. "It was like I was holding it all in my shoulders and then it released and it was out there and people could like it or not like it," Nur-D said.

That idea of fans accepting his true self is also reflected in this album. Nur-D talked about how he's lost some fans after putting this album out. If you listen to his songs like Take My Picture which was released in 2018, the tone is not the same as his most recent album. But he said, the album solidified who he wants to be as an artist and has made him more sure of the work he wants to put out.

"I can just be myself all the time, fully, and that is so exciting!" he said.