What is perinatal anxiety and when should you get help?

If you're a mom, you've probably heard of postpartum depression, but what about postpartum anxiety? Learn more from "Take KARE of Your Health." 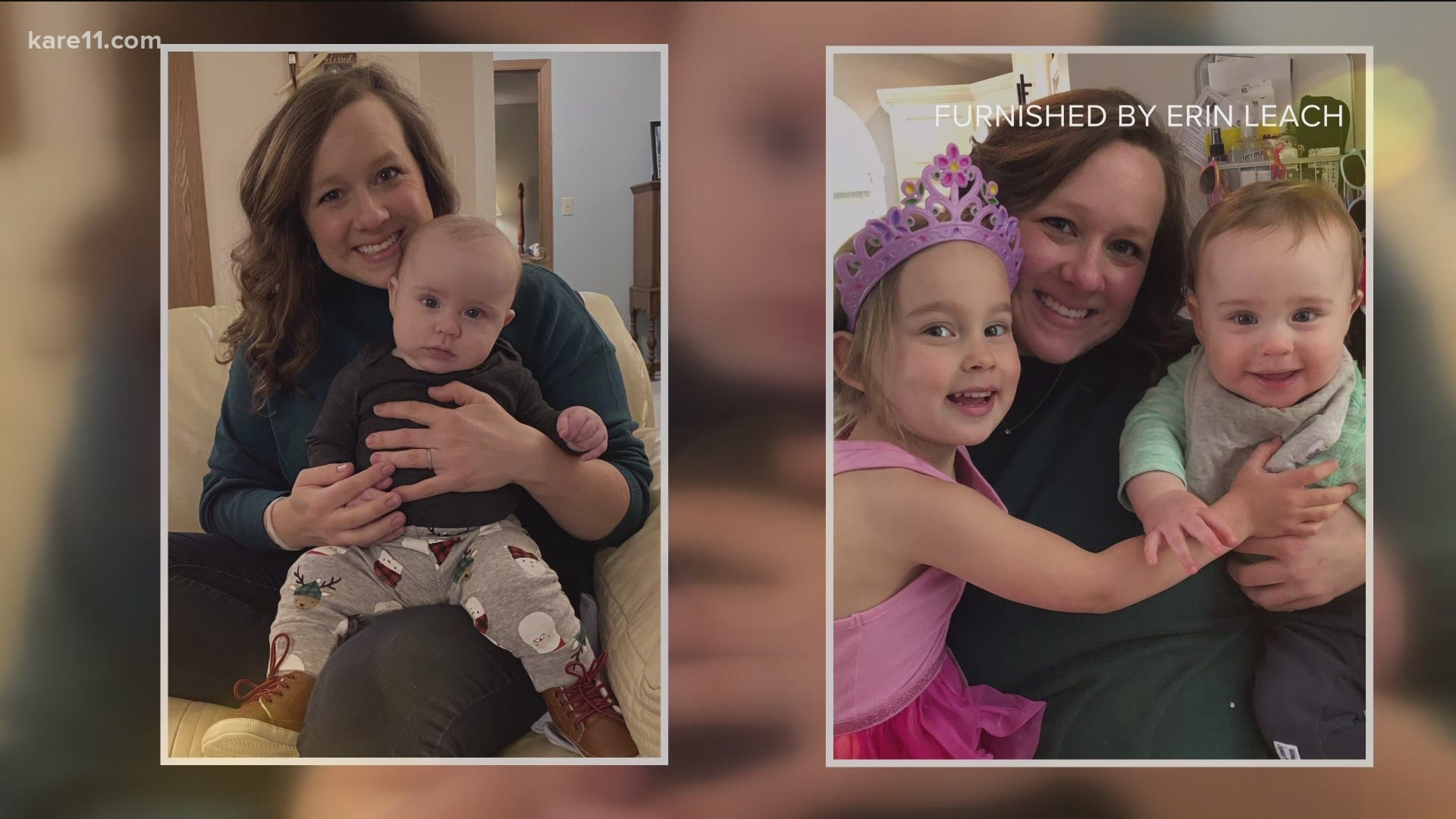 MINNEAPOLIS — When Erin Leach welcomed her son about nine months ago, something felt off.

"I was so overcome with emotion and that anxiety of what was going to happen to him. Was he going to be sick? Was something going to go wrong? It made it really hard to be a new mom," she said.

Leach has an older daughter and is an acute care nurse practitioner in the ICU at Regions Hospital. She notes both those experiences, because despite them she didn't recognize her own symptoms until they were impossible to ignore.

Leach got checked out and says she was told she was having a panic attack. She would later learn she had postpartum anxiety.

"I had physical, actual physical symptoms. My heart would race. I had chest pains, shortness of breath," she said.

Symptoms of perinatal anxiety, which can affect women during pregnancy and after, are not always physical. The severity of anxiety is a spectrum, says Dr. Helen Kim, co-founder and director of the Hennepin Healthcare Mother-Baby Program and Redleaf Center for Family Healing.

"For some mothers it might not necessarily interrupt their ability to parent, or to function...and for other mothers, it's quite impairing and can be disabling," Kim said. "For some mothers with anxiety, they delay seeking help for it, because they feel [like], 'Well, I've heard of postpartum depression and I don't really have that."

According to Pregnancy and Postpartum Support Minnesota, at least one in five birthing parents experience a perinatal mood or anxiety disorder (PMAD), and one in ten partners also experience a PMAD.

"I think it's important to know they're common, namable, and treatable," said Kim.

"I often call it the perinatal perfect storm," she said.

She says some women are more susceptible to emotional dysregulation when their hormones are changing, might have a family history of a PMAD, or past trauma.

"In the perinatal time, often there's this kind of revisiting or reawakening of early life trauma and early life experiences," Kim said.

Worrying, especially when you're a parent, is normal. Kim says it veers into an anxiety condition when it affects things like sleep, energy, and if you can't help but focus on what you're worried about.

Kim said when you're struggling with basic things like sleep, focusing, and parenting, it may be time to get professional help, which doesn't always mean taking medication.

Leach is now on medication and doing better. She's happy to share her story, so other moms know when it's time to get help, too.

"I think it's easy for new moms to say, 'This is sleep deprivation. This is COVID. This is the stress of being a mom.' But it's more than that," she said.

Pregnancy and Postpartum Support Minnesota has a helpline, free peer support, and access to trained professionals. You can find them here.