Daniel Lee and other volunteers drove Sang Yang to Milwaukee and connected him to resources after learning he had no form of identification. 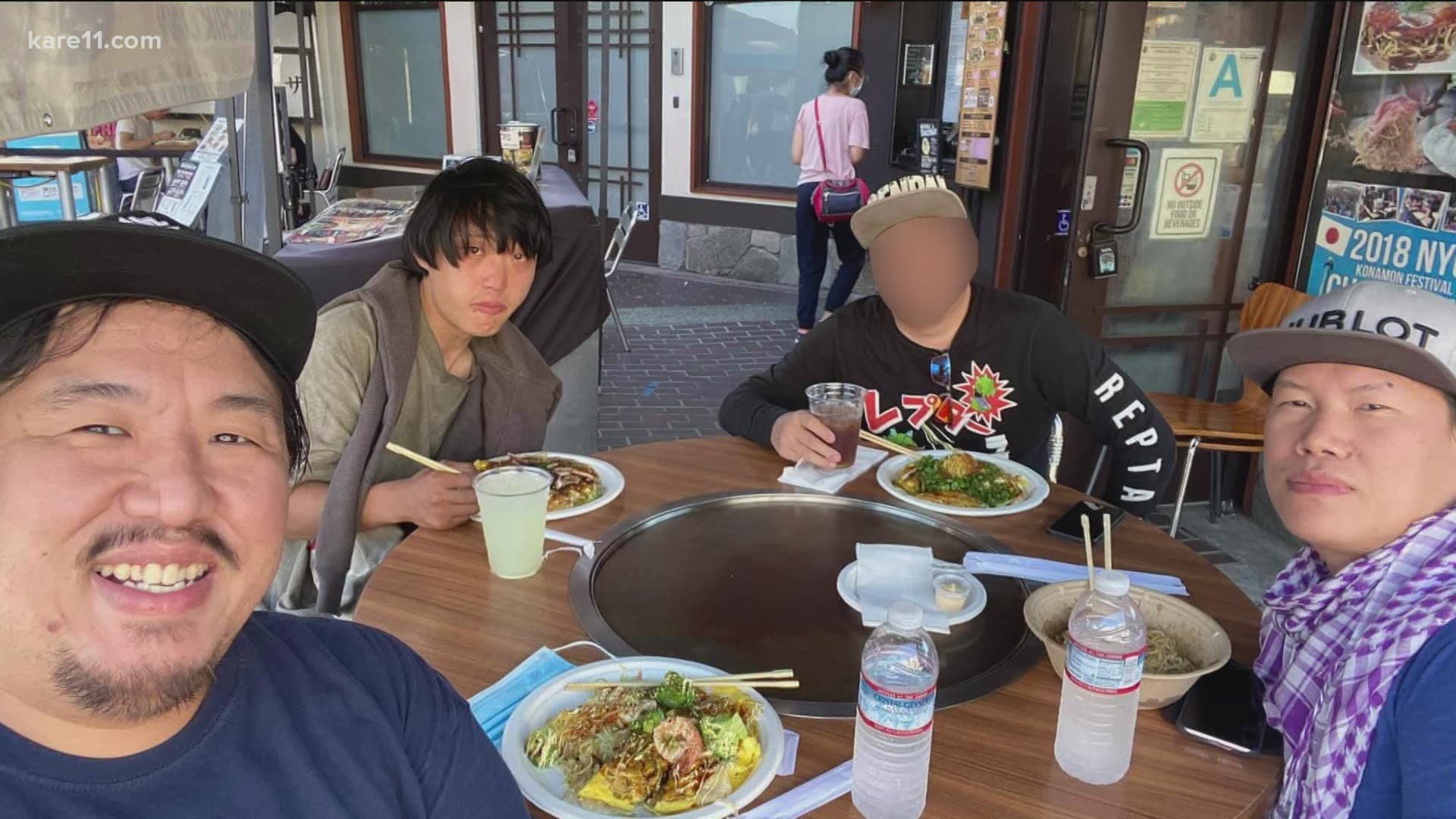 LOS ANGELES — It was a photograph taken by John Hwang on Oct. 10 in Los Angeles. The face of a man with anguish written all over his face. The description told a story about the man identified as Sang Yang. Hwang captioned it, in part, by saying Sang wants to be better, he lost contact with his family and is Hmong and from Milwaukee.

"I read it and I was like, 'Well, you know, he’s my people and let’s see what I can do to help,'" Daniel Lee said. "Let me at least track him down and see if I can get him connected to resources."

Daniel Lee lives in L.A. He was among a number of strangers who went looking for Sang. Eventually they found him.

"He’s very timid, very shy and I can just tell from the look in his eyes he’s been through a lot," Lee said.

But what was next? None of them figured it would be this.

"We just kind of all looked at each other and said, 'We’re going to have to drive him aren’t we?'" Lee said. According to Lee, Sang was robbed when he arrived in California and had no form of identification. "It’s the only way that we can reasonably say that we got him there to the place he needed to be," Lee said.

He and two others, including Nhia Yang, would end up driving Sang more than 2,000 miles back to Milwaukee to connect him with services. Lee said they were able to do that with the help of strangers who donated from all over the country.

"It warms my heart," Lee said. "We had people from Sacramento, Fresno Minnesota, Milwaukee, North Carolina, there was even a person from Oklahoma that donated, so I’m like "this is our community at work,"" Lee said.

Sang’s story has holes and some might call it messy. But these guys say it doesn’t matter.

"It’s not just somebody who is homeless, it’s somebody who is lost," Lee said. Lee said there is saying in Hmong, "When you come into my town call me, call me, let me know that you’re here and I’ll take care of you,"  Lee said. "I guess that’s the closest way of defining how I felt."

The strangers bonded during a time when so many of us are separated, because they saw humanity through a picture.

"We may not know everyone’s story but we have to do what we can to help each other out. We have to look out for each other," Lee said.

The volunteers said they were able to get in contact with the Hmong American Friendship Association based in Milwaukee. The nonprofit was able to get Sang into a safe and warm place and will eventually get him connected to the resources he needs.

Photographer John Hwang initially shared Sang's story on his Facebook page, but he has a website dedicated to sharing stories of the people living on Skid Row. You can check it out here and also find a link to donate so he can continue his work.