Owner Rachel Swan bought a pie plate in 2016 to cheer herself up. And now her customers can't stop raving about her famous pie crusts. 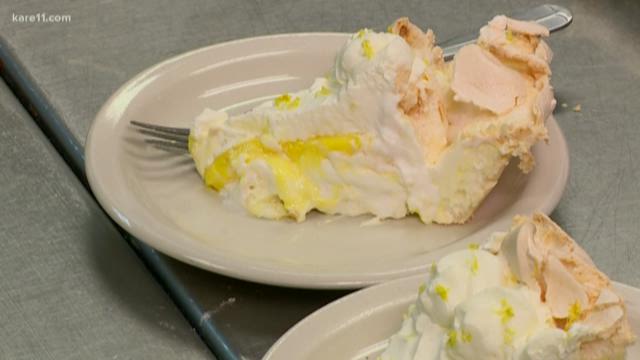 MINNEAPOLIS — Every business starts somewhere. For one Minneapolis one, it began underground. Literally.

Rachel Swan and her partner are the owners of Pie & Mighty. They’re planning on opening their first storefront in a couple of weeks.

Swan said the place has been in the works for years. Swan showed KARE11 around the new digs under construction.

“The yellow and the brightness and the memory that’s sort of summed up in the lemon angel pie,” Swan said. “This is sort of the physical representation of it and this is, this is my grandma,” Swan said.

Swan’s grandma made a delicious lemon angel pie with a meringue crust. It’ll live on Pie & Mighty’s menu when it opens it’s doors in the Powderhorn neighborhood. That’s where Swan will make pies with hands that didn’t spend time rolling dough growing up.

So how did pie making become Swan’s thing?

Swan had worked in restaurants for years. But she was in and out of jobs.

“I sort of went through a dark depressive episode and found my place, found my special skill in making pie,” Swan said.

Swan said it was around 2016 when she was feeling really low. A friend had backed out of starting a pastry shop together. So Swan said she didn’t know what to do, except go to an antique shop and find something special.

“I found a pie plate and I just made the recipe in the bottom and the rest is kind of history,” Swan said.

One pie lead to another. Swan said they got a point where they were doing 30 or 40 pies a week. And where’d customers pick up?

Something must’ve been special. Swan said they hadn’t done much advertising. But Swan can point to a few things that made it work.

“We try to be very intentional about getting to know our customers so that we get to sort of be in this relationship,” Swan said.

The other part has to do with the pies themselves. Put simply, they taste good.

“The thing that we hear over and over again is ‘Oh my gosh, that crust,’” Swan said. If you want to learn how to make her crust, Swan dishes all in this video: 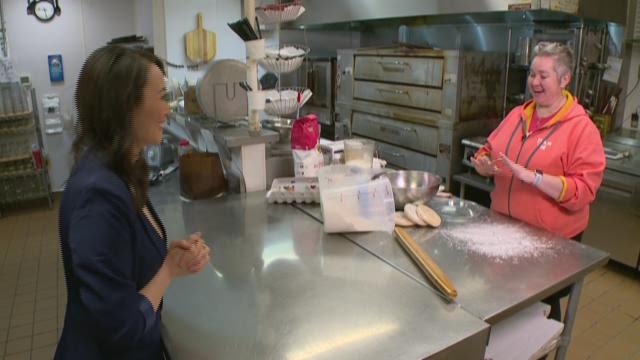 Swan said before they decided to temporarily close up shop to focus on the store front, they were making 60 to 80 pies a week. They’re set to more than double that at the new store. It’s set to open by March 14, also known as Pi Day, the annual celebration of the mathematical constant π.