Players trying to beat the heat at Blaine soccer tournament

The largest youth soccer tournament in the western hemisphere is in town this week, and it's happening during a heat wave. 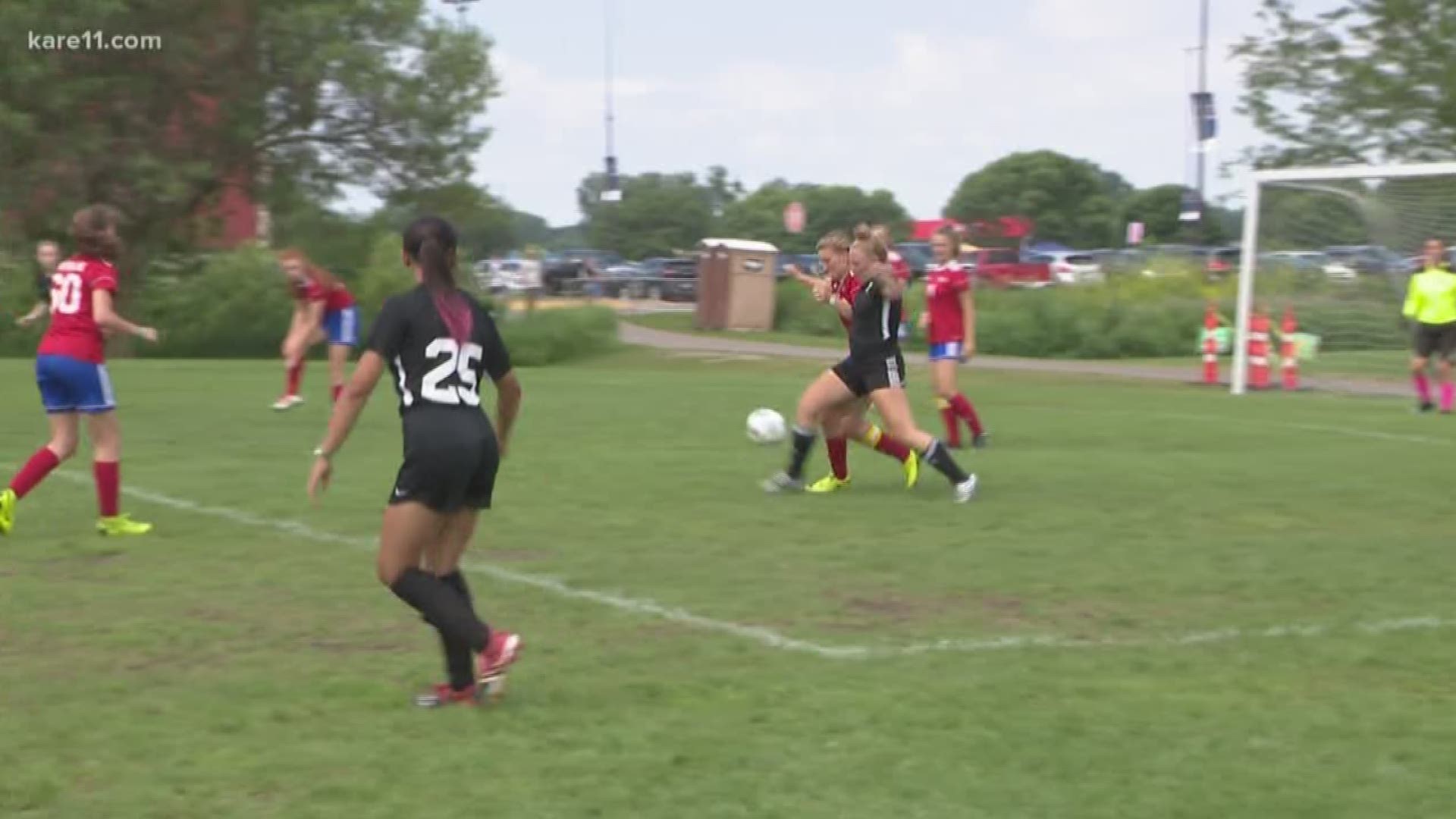 BLAINE, Minn. — Dangerous heat has descended upon the Twin Cities, with an Excessive Heat Warning in effect on Friday. The heat index will make it feel between 104 and 107 degrees.

At the same time, kids from around the world will be at the National Sports Center in Blaine for the Target USA Cup, the largest youth soccer tournament in the western hemisphere.

There are more than 1,000 teams in town for the event, which runs through Saturday.

RELATED: Dangerous heat wave expected to hit two thirds of the US through the weekend

Organizers say this isn't the first time a heat wave has happened during the tournament, so they're prepared.

Aidan Berg, with Target USA Cup, says they have a dedicated team that monitors the heat.

"We want this to be a great experience for everyone and having fun is definitely a super important thing, but you can only have fun if you're feeling good and you can actually play," said Berg.

He said they've set up hydration and cooling stations, and are encouraging players to drink water consistently throughout the day.

Berg says they're adding in breaks to games when needed.