A chip shortage has made new gaming consoles hard to come by, but some Minnesotans have found ways to get one...or 12. 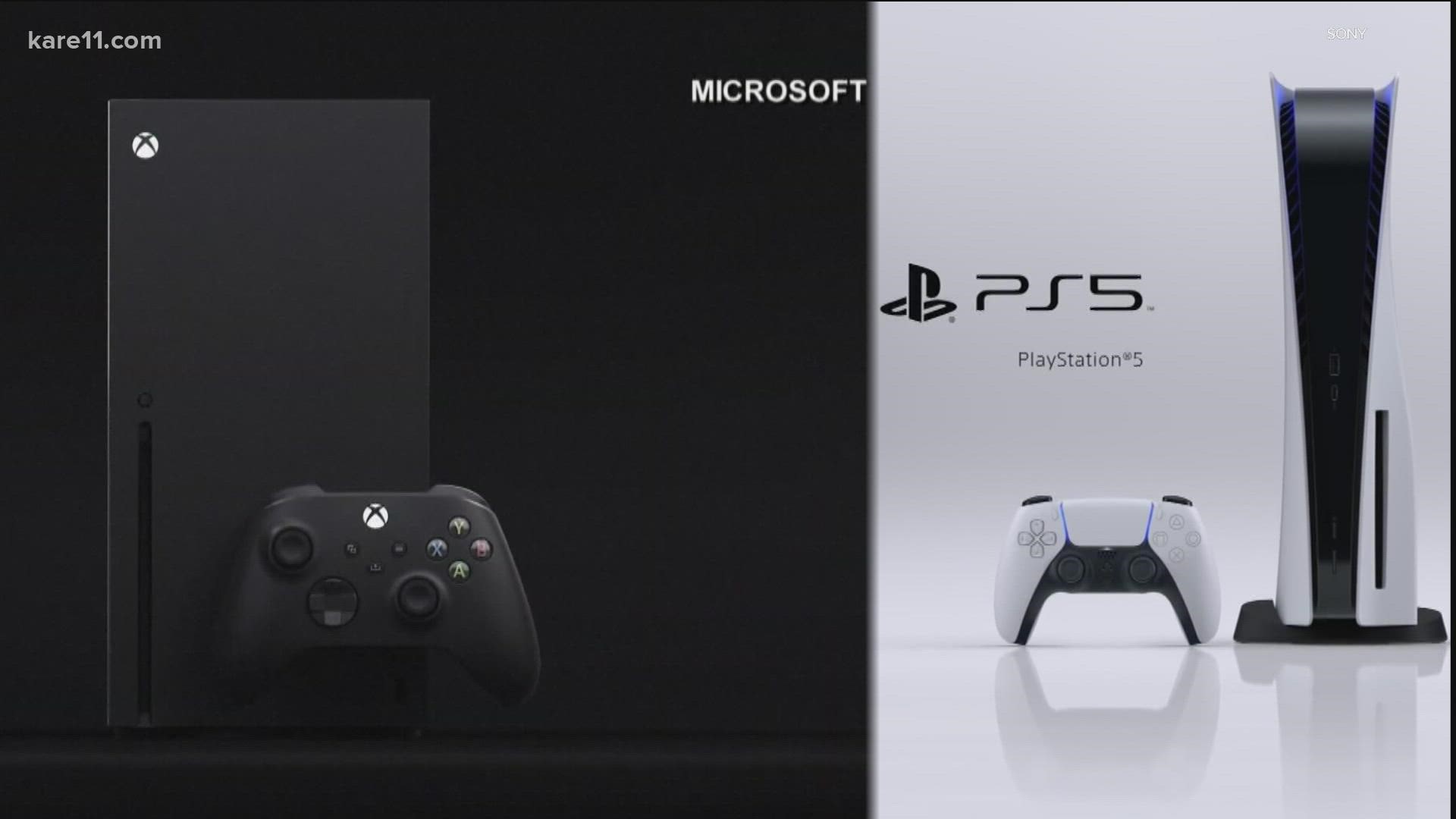 MINNEAPOLIS — It’s game on when it comes to trying to score the new Xbox Series X and the new PlayStation 5. The popular gaming consoles were released in November and people are still struggling to get one.

Troy Halter was one of the lucky ones that have successfully bought the new PlayStation 5 from Target.

Halter said he woke up at odd hours for days trying to get one.

Halter hung on tight to the coveted item as he was picking it up at the Cambridge Target.

“They [Target] actually said at the door we’re not responsible once you leave the store, so it was kind of like 'Ah get to the car and go," Halter said.

Daniel Johnson from Bloomington took the console craze to the next level by buying a dozen gaming consoles!

Johnson has bought eight PlayStation 5s and four Xbox Series Xs since November. He says his secret is following Twitter accounts to know when drops are and to be persistent.

Johnson has kept one PlayStation for himself and has given the rest away.

"I’ve been giving them to family and friends at retail price," Johnson said.

The retail price for both the Xbox X and PlayStation 5 is $499.99 each, but some packages can be more depending on what's included.

However, you'll be quick to find some selling for thousands of dollars online thanks to scalpers.

"I know people use, they’re called, bots and they scam the internet essentially, getting all sorts of consoles sent to them," Johnson said. "And then there’s people, like me, that track those alerts and then scalp them."

The new Xbox and PlayStation are sold exclusively online and have struggled to keep up with demand because of a chip shortage. This comes at a time when people are spending more time at home and looking for entertainment options.

Dereck Grant from Rochester tried for four to five months to get the new PlayStation 5.

Eventually, Grant gave up trying - the tipping point was when he waited for hours with a new console in his online cart only for the site to crash.

"I just got sick of the online hassle of trying to buy a console," Grant said.

However, Grant says it’s not game over if you don’t have a new console.

"The Switch, the PS4 Pro, the Xbox 1 X which are consoles people can get into if they can’t get the new consoles," Grant said.

Even if you're stuck with an older system, Halter, Johnson and Grant all agree to stay away from scalpers.

"Why pay scalper prices when the whole thing will clear out and they’re going to be in stores," Grant said.

"Just be patient, don’t give in to the people scalping - the longer that people say no, they’re going to have to drop their prices eventually," Johnson said.

KARE 11 reached out to Target, Walmart, Best Buy and GameStop to find out their experience selling the consoles online.

The companies either declined to comment or did not respond.