About a dozen flights were cancelled at MSP Airport this morning, according to FlightAware. 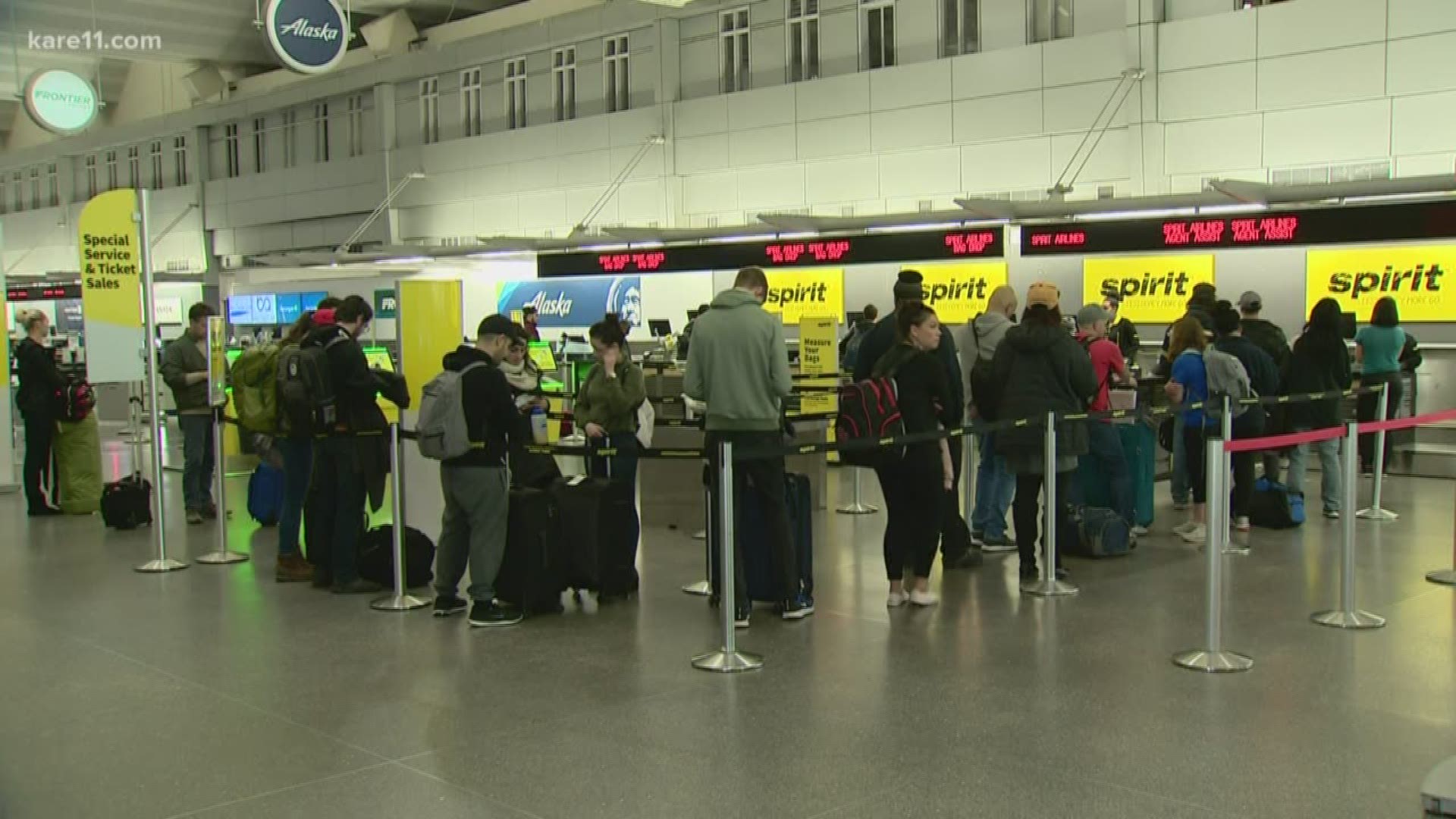 BLOOMINGTON, Minn. — The holiday travel rush, seems to be easygoing at MSP Airport's Terminal 1 this morning.

Our Reporter Ellery McCardle didn't see any long lines for security or at airline counters.

Many travelers told our crew that they arrived to the airport extra early because of snowy roads, and many were hopeful their flights would remain on time.

Earlier this week, MSP Airport said it was prepared for the storm, saying it would deploy about 100 plows until the storm ends.

Wednesday was supposed to be the busiest travel day at MSP Airport ahead of Thanksgiving, with 36,000 people projected to be screened, which is about 2,000 more people than on an average day, according to TSA.